The Year 1999 From The People History

What happened in 1999 Major News Stories include World Worries about Y2K and the millennium bug, Columbine High School shootings, Dr. Jack Kevorkian, found guilty of second-degree murder for giving a lethal injection in a case of voluntary euthanasia, Start of Millennium celebrations worldwide, Euro currency introduced, Pakistan and India fight for control of Kashmir. The worlds population exceeds Six Billion. The Wars in the Balkans continue to cause suffering in the region, but both sides do come to the table and a peace is agreed. The world prepares for the new millennium parties and computers around the world run testing for the millennium bug which could cause wide scale disruption to business and infrastructure if not fixed. The take up of the Internet and Mobile Phones around the world open up new opportunities for successful entrepreneurs.

What Events Happened in 1999

Hurricane Floyd, a category 4 storm, hits the United States East coast during September of 1999. About 3 million people evacuated their homes in anticipation of the storm, which at its peak had winds of up to 140 miles per hour. While initial reports thought Florida would be the state that was the hardest hit, North Carolina experienced the worst of the storm with massive flooding affected parts of the state. Reported death tolls related to the storm fall somewhere between 68 and 52 people.

1. Eric Harris and Dylan Klebold kept journals documenting their plan for a major bombing to rival that of the Oklahoma City bombing. with details about the planned attack on Columbine High School.

2. They kept videos that documented the explosives, ammunition, and weapons they had obtained. The pair shot videos of doing target practice in nearby foothills, as well as areas of the high school they planned to attack

4. Their Bomb Arsenal consisted of 99 improvised explosive devices of various designs and sizes Using instructions found on the Internet

5. 10:30 AM On the day of the shooting and bombing they made a final video saying goodbye and apologizing to their friends and families.

6. 11:10 AM They parked their cars either side of The high school cafeteria, their bomb target,

7. 11:10 AM armed two 20 pound (9 kg) propane bombs before entering the cafeteria a few minutes prior to the beginning of the "A" lunch shift set to explode at approximately 11:17 a.m.

8. Return to their separate vehicles to await the explosion, and to shoot survivors fleeing the building.

9. The bombs fail to explode

10. After the bombs fail to explode the 2 armed, they climbed to the top of the outdoor West Entrance steps, directly above the cafeteria.

11. The two gunmen pulled their guns from beneath their trench coats and began shooting at Castaldo and Scott

12. Fully armed they continue shooting any targets who were in range

13. Patti Nielson, an art teacher dialed 9-1-1 and hid under the library's administrative counter

14. 11:24 Deputy Neil Gardner, the assigned Student Resource Officer to Columbine, While exiting his patrol car in the Senior lot a call on the school radio informs him , "Neil, there's a shooter in the school"

16. Back in the school, the 2 gunmen moved along the main North Hallway, throwing pipe bombs and shooting at anyone they encountered.

19. In all they had murdered 12 students and one teacher and injured 21 others

The Euro is established as the new common currency of the European Union on January 1st. It was initially used as a virtual currency in the financial markets and physical currency began circulating in 2002. The Euro replaced the currency of eleven European Union nations at first and it expanded to others eventually. The original Euro countries included Austria, Finland, Spain, Belgium, Germany, Italy, France, Netherlands, Luxembourg, Ireland, and Portugal. Several EU countries also opted out of adopting the Euro like Sweden, the United Kingdom, and Denmark. The idea of a common currency had been mandated in the 1992 Maastricht Treaty that created the European Union.

2 examples from Childrens Toys From The 1999 Page 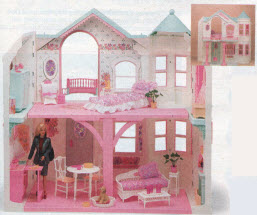 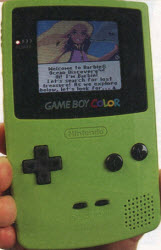 Other Major Events From 1999

2. The service was created by Shawn Fanning and Sean Parker.

3. It was mainly used by people who shared MP3 music and digital audio files.

4. As the laws about file sharing and copyright regarding the internet were just newly established, the service soon ran into legal troubles dealing with copyright infringement.

5. The RIAA (Recording Industry Association of America), A&M Records, and several other record companies filed lawsuits against Napster by the end of the year for violating the DMCA (Digital Millennium Copyright Act).

6. By 2001, Napster was forced to shut down its music-sharing service and was instead changed to a subscription model.

The United States Senate acquits President Bill Clinton of perjury and obstruction of justice on February 12th, ending his five week long impeachment trial. Details of the trial centered on the President’s inappropriate relationship with former White House intern Monica Lewinsky. Clinton had lied to the American public when he initially denied the relationship. The final vote for the charge of perjury was 55 for not guilty and 45 for guilty and it was 50 to 50 for the obstruction charge. The Senate required a two-thirds majority to convict and remove Clinton from office. The trial was presided over by Supreme Court Chief Justice William Rehnquist.

The popular children’s cartoon show “SpongeBob SquarePants” premieres on the Nickelodeon cable network on May 1. The show was created by animator Stephen Hillenburg who had previously been a marine biology teacher. The title character was voiced by comedian Tom Kenny who also provided voices for “Rocko’s Modern Life,” “CatDog,” “The Powerpuff Girls,” and “Adventure Time.” SpongeBob SquarePants was one of the highest rated and longest running shows on Nickelodeon with over 200 episodes. It still has a large following today and has led to the production of several movies, video games, comic books, and mass amounts of merchandise like clothing and toys.

The citizens of East Timor voted in a referendum on their independence from Indonesia on August 30th. Indonesia had annexed the country in 1976 and maintained it as a province. As pro-independence movements gained traction, the President of Indonesia asked the United Nations to set up the referendum in which the East Timorese people were given the choice of remaining in Indonesia but with more autonomy or gaining their independence. An overwhelming majority of 78.5% voted in favor of independence with a 98.6% registered voter turnout. While some violence from pro-Indonesia militias erupted after the vote, the country carefully transitioned to independence over the next three years, making it official in 2002.

Renewed fighting between Pakistan and India over Kashmir

The human population of the world surpassed six billion.

The Dow Jones Industrial Average closes above 11,000 for the first time

The International Criminal Tribunal for the Former Yugoslavia in The Hague, Netherlands indicts Slobodan Miloševic and four others on May 27 for war crimes and crimes against humanity committed in Kosovo

Jack Kervorkian was sentenced for the second-degree murder of Thomas Youk. ( assisted suicide )

Great Britain Introduces the Minimum Hourly Wage Rate of all adults must be paid at least £3.60 an hour

Bertrand Piccard and Brian Jones circumnavigate the world in a hot air balloon without stopping.

Between 50 and 100 million are left without power in the cities of São Paulo, Rio de Janeiro, Minas Gerais, Goiás, Mato Grosso, Mato Grosso do Sul and Rio Grande do Sul,

Earthquake and Tsunami in Vanuatu

The Millennium Dome opens in London

The West Nile Virus first appears in the United States

Torrential rains caused catastrophic floods and mudslides in the coastal regions of Venezuela, killing an estimated 25,000 people and leaving 100,000 others homeless.

Dr. Jack Kevorkian, was found guilty of second-degree murder for for giving a lethal injection in a case of voluntary euthanasia

The Queen opens the first Scottish Parliament in 300 years

Total Eclipse Of The Sun

Two trains collide near Paddington Station at the height of the morning rush hour.

The Liberty Bell space capsule recovered in Florida during an expedition sponsored by the Discovery Channel.

Start of Millennium celebrations worldwide (technically the Millennium started in 2001 not 2000).

The "Melissa" e-mail virus, infects more than 1 million computers worldwide causing more than $80 million in damage, clogging up E-Mail Systems around the world

The year 2000 problem known as the Y2K problem and the millennium bug was the most important thing on most companies minds in 1999. Critical industries (such as electricity or financial) and government functions could stop working at 12:00 AM, January 1st , 2000. This fear was fueled by the press coverage and other media speculation, as well as corporate and government reports. All over the world companies and organizations checked and upgraded their computer systems.

My Space was officially introduced to the Internet

The initial release of Napster

The genetic code that comprise the euchromatic portion of human chromosome 22 is released into the public domain for the good of mankind.

I have been asked why I have included Myspace in 1999 rather than the official launch in 2003 . ( When I used archive.org to look back MySpace was changed in 1999 from a site for virtual storage to a social networking site ) although very different than today.

Ty Warner toys announces a small pint-sized black bear, called 'The End' on their web site which is to signify the end of Beanie Babies.

The World Is Not Enough

Austin Powers: The Spy Who Shagged Me

The Wonderful World of Disney

Sex and the City

The King of Queens

Who Wants to Be a Millionaire? 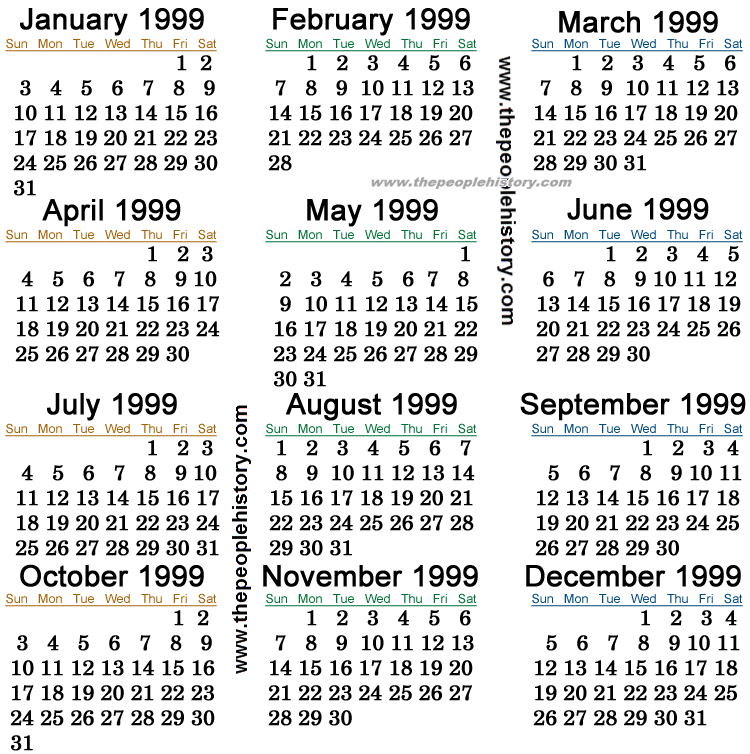