The Year 1997 From The People History

>What happened 25 years ago in 1997 Major News Stories include ThrustSSC sets the first supersonic land speed record, Steve Jobs returns to run Apple Computers, Hong Kong returns to Chinese rule, Heavens Gate Cult Commits Mass Suicides in California, Diana Princess of Wales dies in a car crash in Paris, Mars Pathfinder lands on the surface of Mars, Avian Flu virus found in Hong Kong Chickens 1.25 million killed to stop the spread, French truck drivers form roadblocks around the country at ports, oil refineries and major roads, Stock markets around the world crash, Gas was $1.22 a gallon in the US and 2 Pounds 70 pence in the UK , Great Britain handed back Hong Kong to China and the Dow was at less than 8000 . The first signs of the dreaded Bird Flu in China where the first documented case of the jump to humans causes Hong Kong to kill 1.25 million chickens. In the UK Tony Blair is the prime minister and Princess Diana dies in a car accident.

What Events Happened in 1997

Princess Diana is killed in a car crash on August 31 News Events in Paris, France. The princess was traveling with her friend Dodi Al Fayed who was also killed in the crash, as well as the drive of the vehicle. The vehicle hit a wall after the driver lost control when trying to evade the paparazzi hat was following them. After the crash it was determined that the driver, Henri Paul, was at fault when drugs and alcohol were found in blood tests taken afterwards.

The first successfully cloned mammal is revealed by the Roslin Institute.

More Information and Timeline for Dolly the sheep.

Scientists at the Roslin Institute in Edinburgh, Scotland announced that they had successfully cloned a sheep. The sheep, named Dolly, was born in July of the previous year but they had waited to announce the scientific breakthrough until February of 1997 when they could also publish their full research on the process. Dolly the sheep was the first mammal to have been successfully cloned from an adult cell. She was put down in 2003 after suffering from health complications related to a progressive lung disease. Many people believed that the cloning of a sheep was a controversial step in genetic research, thinking it could lead to human cloning. Others heralded the breakthrough with the hope that it could lead to important medical discoveries.

IBM’s Deep Blue chess-playing computer defeated chess champion Garry Kasparov during May. The computer won game 6 of the match-up becoming the first computer to defeat the world champion chess player under tournament conditions. At this point in Kasparov’s career, the 34 year old had never lost to a human opponent and the loss to Deep Blue was the first time he had to resign a game in less than 20 moves. Deep Blue’s win marked an important point in the development of artificial intelligence as observers noted it as a point when computers’ development began to outpace human development.

Madeleine Albright is sworn in as the United States Secretary of State, becoming the first woman Secretary of State in U.S. History. She was nominated by President Bill Clinton after he won his second term election in late 1996. Albright was born in Prague, Czechoslovakia in 1937 and immigrated to the United States in 1948 after Czechoslovakia was taken over by Communists. She began her political career in the 1970s and notably worked for the National Security Council in President Carter’s administration. In 1993, President Clinton appointed her to be the United States’ permanent United Nations representative. After her appointment to Secretary of State in 1997 she remained in her position until she was replaced by Colin Powell in January of 2001.

More Information for The Lion King on Broadway

The Lion King musical makes its debut on Broadway at the New Amsterdam Theatre during November of 1997. Produced by Disney, the musical was based on the hit Disney animation film of the same name from 1994. Using elaborate puppetry, costumes, and choreography the musical retold the film’s story of a royal lion cub reclaiming his throne from his uncle after his father’s death. Julie Taymor, the show’s director, became the first woman to win a Tony Award for directing for The Lion King. Proving to be very popular, the show is still currently running on Broadway.

Scotland votes to create its own Parliament after 290 years of union with England.

More Information for the Scotland Referendum.

1. During September of 1997 Scottish citizens voted in a referendum to determine whether or not Scotland should create its own parliament and devolve some powers from the United Kingdom.

2. Of the 60.4% of voters who turned out for the referendum, 74.9% voted in favor of the creation of a Scottish-run parliament.

3. Another 63.5% of voters also agreed that a Scottish parliament should be allowed to have tax-varying powers.

4. The parliament of the United Kingdom recognized the referendum results and passed the Scotland Act of 1998, creating a devolved parliament for Scotland.

5. Elections for the new governing body were held in May of 1999 and by July of 1999 the Scottish parliament began full operations.

2 examples from Childrens Toys From The 1997 Page 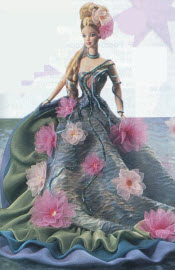 Other Major Events From 1997

NASA’s Mars Pathfinder lander and rover arrived at Mars during July. It had been launched during December of 1996. The Mars Pathfinder consisted of a rover named “Sojourner” and a lander named the “Carl Sagan Memorial Station.” Pathfinder’s mission was to take photos of the surface, study the composition of rocks, and collect information about the soil, atmosphere, and wind. The rover successfully completed its mission and ceased data transmissions in September.

Harry Potter and the Philosopher's Stone

The very first book in the Harry Potter series is published by Bloomsbury in the United Kingdom during June of 1997. The book, titled, “Harry Potter and the Philosopher’s Stone” was an immediate success in the United Kingdom and was soon released in the United States in September of 1998 under the name “Harry Potter and the Sorcerer’s Stone.” Written by J.K. Rowling, who had struggled to get it published for years, the seven book series became a well-loved franchise by children and adults. The series was also made into movies beginning in 2001, and inspired the creation of a wizard-themed amusement park in Universal Studios.

The comet Hale-Bopp has its closest approach to earth.

More Information and Timeline for the Hale-Bopp Comet.

In April of 1997 the Hale-Bopp comet reached its brightest point as it passed at its closest point to the Sun. The comet was discovered in July of 1995 by Alan Hale and Thomas Bopp, for whom it was named. It became plainly visible to the human eye in May of 1996 and continued to be visible in the night sky until December of 1997. The Hale-Bopp comet was visible for over eighteen months, which was more than double the time of the previous record-holding comet. It was also considered to be unusually bright which many astronomers credited to the fact that it was abnormally large in diameter compared to most other comets.

Israelis pull out of Hebron on West bank

Egypts Valley of The Kings

Princess Diana's funeral watched by 1.5 billion people around the world

Kyoto Protocol Agreed when 150 countries sign up at a global warming conference in Kyoto, Japan

The Dow Jones Industrial Average closes above 7,000 for the first time

Luxemburg is the richest country in the world with an average per capita income of $41,210 followed by Switzerland and Japan

Stock markets around the world crash because of a global economic crisis scare and in response to a 554.26 point free fall on November 24th , New York Stock Exchange officials invoked the "circuit breaker" rule and put a halt to trading

Hong Kong kills all the chickens within its territory (1.25 million) to stop the spread of a potentially deadly influenza strain known as Avian Flu . Bird flu was thought only to infect birds until the first human cases were seen on May 19 in Hong Kong in 1997

Terrorists Attack A tourist bus on November 17th in Luxor

Due to torrential rains many rivers flood in Europe causing mass flooding to villages and towns in many parts of Europe.

Carlos the Jackal, is caught and sentenced by a French court to life in prison

WorldCom and MCI Communications announce the largest merger in history

Mars Pathfinder lands on the surface of Mars

As Good as It Gets 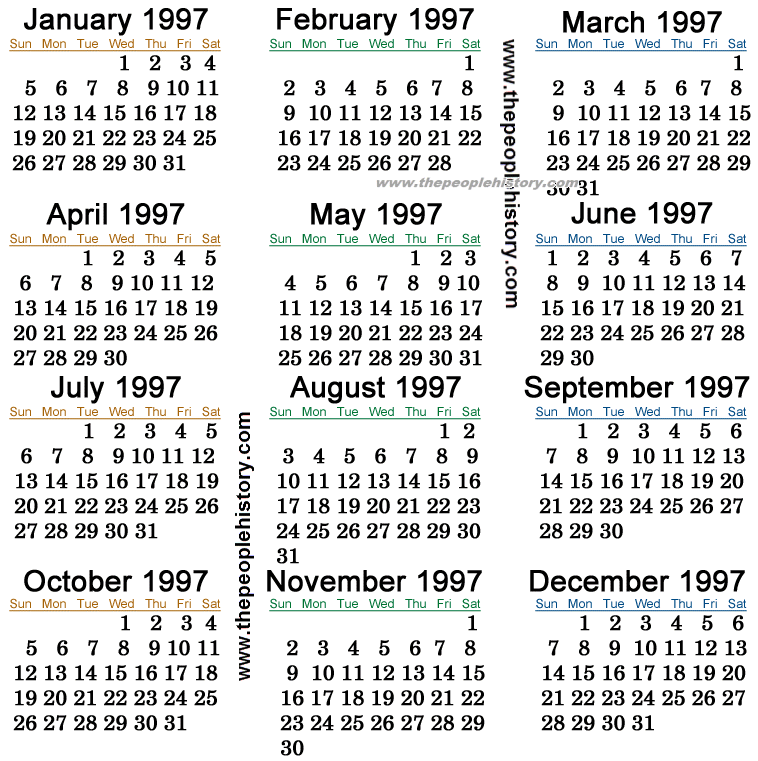