Operation Desert Storm United Nations Coalition Force led by the United States and including many Arab and European countries Bombs Iraq Forces in Kuwait and after 1 month of bombing Land invasion forces Iraq Forces out of Kuwait and back to Iraq.

More Information for the Gulf War

1. Iraq invades Kuwait under the leadership of Saddam Hussein in August of 1990 and attempts to annex the country.

2. The U.S. and NATO place troops in Saudi Arabia in what was known as Operation Desert Shield.

4. Iraq refuses to leave and a U.S.-led air attack begins in mid-January of 1991 in what was known as Operation Desert Storm.

5. Ground forces attack in Southern Iraq and Kuwait during February of 1991 in Operation Desert Sabre.

6. U.S. President George H. W. Bush declares a cease-fire in the conflict by the end of February after Kuwait was liberated and Iraq agreed to honor the terms of peace.

The US and Soviet Union Sign The START Treaty.

More Information for the START I agreement

The United States and Soviet Union agree to the START I Treaty during July of 1991. U.S. President George H.W. Bush and Soviet leader Mikhail Gorbachev both signed the treaty, agreeing to reduce the number of nuclear warheads each country had to 7,950. Negotiations over the agreement began in 1982 with President Reagan but were held up several times due to conflicts. After the treaty was signed in 1991, several other START agreements were negotiated, limiting nuclear weapons between the two countries even further. START I came into effect in 1994 with both sides adhering to the limits on time and it expired in 2009.

The US-Canada Air Quality Agreement becomes effective immediately after it is signed by Canadian Prime Minister Brian Mulroney and United States President George H. W. Bush during March News Events. Also known as the “Acid Rain Treaty” and it was created to address the issues associated with transboundary air pollution and over time has reduced the amount of acid rain associated with the problem. The agreement mandated the reduction of sulfur dioxide and nitrogen oxide emissions which could lead to the creation of acid rain in Canada and the United States.

More Information for the Break Up of the Soviet Union

The Soviet Union takes the first official steps to break up the U.S.S.R. during September of 1991 when the Congress of People’s Deputies voted for its dissolution. Beginning in the previous month, several Soviet republics started to declare their independence, with Uzbekistan, Tajikistan, and Armenia leaving in September. By the end of the year the dissolution became effective and the Soviet Union ceased to exist when Gorbachev resigned and was replaced by the new Russian government.

NASA launches the STS-44 mission during November . The Space Shuttle Atlantis carried astronauts Frederick Gregory, Terence Henricks, James Voss, F. Story Musgrave, Mario Runco, Jr., and Thomas Hennen. It was a Department of Defense mission which had the primary objective of deploying a Defense Support Program satellite. The payload also included several experiments. It concluded after nearly 7 days in space and the crew returned to Earth successfully after landing at the Edwards Air Force Base in California.

Jeffrey Dahmer is arrested on July 22nd after the remains of 11 men and boys are found in his Milwaukee,   Wisconsin    apartment

The U.N. Security Council passes the Cease Fire Agreement, Resolution 687. The resolution called for the destruction or removal of all of Iraq's chemical and biological weapons, and for an end to its support for international terrorism. Iraq accepts the terms of the resolution on April 6 and UN authorizes weapons inspections in Iraq

2 examples from Childrens Toys From The 1991 Page 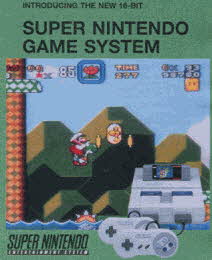 Czechoslovakian Barbie
Manufacturer: Mattel
Price: $18.00
Description This Czechoslovakian Barbie wears a traditional festival costume with striped floral skirt, black bodice, blouse with pleated sleeves, red stockings and lace-up boots. A new Barbie in 1991, and interesting because the country of Czechoslovakia was dissolved only a year later in 1992 and then formed into two countries, the Czech Republic and Slovakia in 1993.

Other Major Events From 1991

Fires in the hills of Oakland, California

Fires in the hills of Oakland, California burns thousands of homes and kills 25

Indian Prime Minister Rajiv Gandhi is assassinated on May 21

Winnie Mandela, the wife of Nelson Mandela, is given a six-year prison sentence on May 14th for her part in the kidnap of four youths

Attempted communist coup in Soviet Union suppressed but sparks declarations of independence from all non Russian republics within the USSR , by the end of the year the USSR is dissolved and independence of republics recognized

Bank of Credit and Commerce International

Seventy tornadoes break out in the central United States, killing 17.

The Dow Jones average topped 3,000 for the first time

Mike Tyson is arrested and charged with raping Desiree Washington

6.8 Richter Scale earthquake near border between Pakistan and Afghanistan

Soviet Union cracks down on Lithuania

Former U.S. postal worker Joseph Harris kills his former girlfriend and her fiance and two former co workers at the post office in Ridgewood, New Jersey which resulted in the phrase "going postal" .

Freddie Mercury, lead singer of the band Queen, issues a public statement confirming that he is stricken with AIDS, and the next day he dies of complications

Terry Waite the special envoy of the archbishop of Canterbury, is released after more than four years of captivity

The US and Soviet Union Sign The START Treaty

Birmingham Six Released in the UK

The American Galileo spacecraft makes its closest approach to 951 Gaspra, becoming the first probe to visit an asteroid

The release of Nirvana's Nevermind signified the start of the Grunge era that would dominate the music scene up to the mid-90's.

The Silence of the Lambs

Sleeping with the Enemy

Father of the Bride

The Naked Gun 2½: The Smell of Fear

Beauty and the Beast

Whitney Houston with All The Man That I need

Michael Jackson with black and White

Paula Abdul with The Promise of The New Day 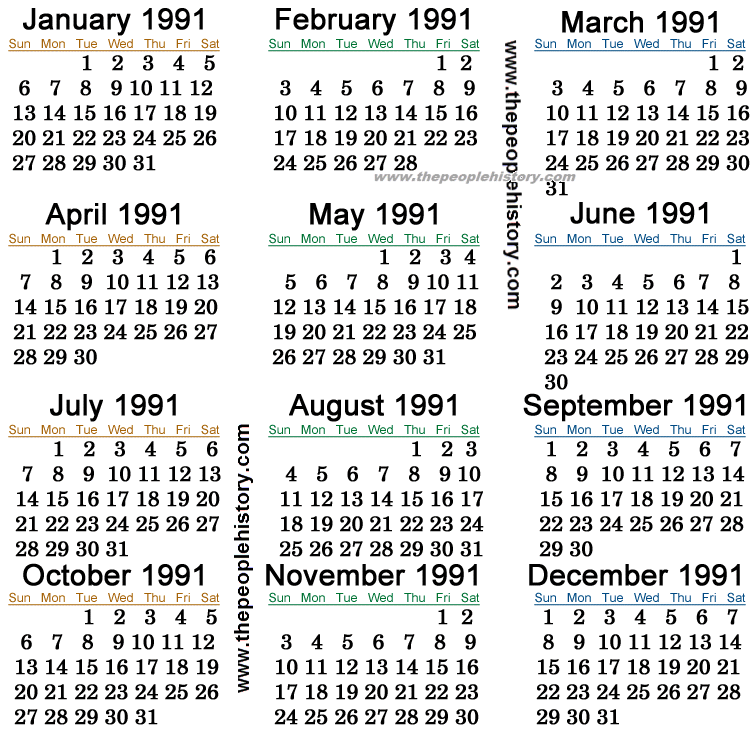