1973 : Skylab, the first U.S. space station measuring 118 ft tall and weighing 77 tons, is launched into orbit around the earth.

1991 : Winnie Mandela, the wife of Nelson Mandela, is given a six-year prison sentence for her part in the kidnap of four youths suspected of being police informers, one of the kidnapped boys later died of his injuries. Mrs Mandela's is believed to be behind the activities of her bodyguards - known as the "Mandela Football Club" who are involved in violence in the Soweto township including the notorious "necklace killings" which involved putting a tyre around a victim's neck and setting fire to it.

1804 : The Lewis and Clark expedition started from Camp Dubois, near present day Hartford, Illinois on this day in 1804. They reached the Pacific Ocean on November 20th, 1805. They arrived back to St. Louis, Missouri on September 23rd 1806.

1920 : The airmail service continues to grow with a new service from Chicago to Omaha carrying 500 lbs of mail daily except Sundays and Holidays , the service will take about 5 1/2 hrs. The 1920s was a major growth period for Mail Delivery both domestic and later world wide.

1948 : The independent state of Israel is proclaimed as British rule in Palestine came to an end. It has taken Israel 2000 years to gain nationhood status.

1931 : Mahatma Gandhi the leader of the Indian Nationalist movement has agreed to talks with Britain in London to discuss more independence from Britain in return for stopping the current boycott on foreign goods in India.

Born This Day In History 14th May

Known For : A film producer and director whose work has made some of the most successful films of the last thirty-five years. The best known of these are the two Star Wars trilogies, the four Indiana Jones movies and American Graffiti. He started producing films as a student at the University of Southern California, and was awarded a scholarship by Warner Brothers in 1967. Since then, his own production company, Lucasfilm, owns Industrial Light and Magic and Pixar Animation Studios. He has four Academy Awards and three adopted children (all of whom appeared, with himself, in the Star Wars' prequel trilogy).

1940 : The British Secretary of State for War Anthony Eden announced the creation of the Local Defense Volunteers (LDV) name changed in July of 1940 to "The Home Guard". The creation of the LDV was a direct result of Germany's conquest of Norway so quickly and the beginning of the invasion of France by German forces. Anthony Eden announced during the radio broadcast .

1942 : FDR has stated that all domestic air travel will be placed on a full wartime basis with the army operating or controlling the nations fleet of over 500 transport planes to help in the war effort.

1955 : The Soviet Union and its Eastern Bloc allies including USSR, Poland, East Germany, Czechoslovakia, Hungary, Romania, Bulgaria and Albania sign a security pact in the Polish capital, Warsaw, after a three-day conference. The Warsaw Pact will provide close integration of military, economic and cultural policy between the eight Communist nations.

Born This Day In History 14th May

Known For : Mark Elliot Zuckerberg is best known for co-founding and creating the Facebook social networking service from his dormitory room on February 4, 2004, with college roommates Eduardo Saverin, Andrew McCollum, Dustin Moskovitz, and Chris Hughes. He serves as its chairman, chief executive officer, and controlling shareholder. As of March 2021, Zuckerberg's net worth is $103.6 billion, making him the 5th-richest person in the world 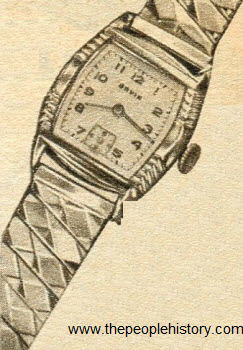 1957 : Petrol rationing, which has been in force in Britain and France for five months following the Suez crisis ends. But surcharges on petrol prices and the four-day working week for many factories are to remain in place till oil supplies are normalized.

1959 : Federal Agents carried out a series of raids across the nation as part of a nationwide crackdown on illegal lotteries and gambling . The raids were carried out on behalf of the Internal Revenue Service for tax dodging , most of the illegal gambling is controlled or run by mobsters.

1963 : Kuwait is admitted to the United Nations.

1964 : Following US refusal to help finance building the Aswan Dam, President Gamal Abdul Nasser of Egypt and Soviet leader Nikita Khrushchev mark the beginning of the project by diverting the Nile. The Aswan dam is financed and built with Russian help and thousands of cheering Egyptian and Russian construction workers as the Nile is diverted into the man-made channel which will allow the next stage of the Dam to begin. The Aswan Dam came into operation in 1971 increasing good farming land in Egypt by one third, and creating the world's largest man-made lake Lake Nasser.

1972 : After one week of anti war demonstrations which led to a number of deaths and many thousands of arrests calls have been made for 1 minute of silence in schools and colleges as a protest against the war in Vietnam.

1986 : After 17 days with no statement from the Russian leader Mikhail Gorbachev today went on Russian TV today to tell the Russian people that the death toll has reached 9 and a further 299 are hospitalized with radiation poisoning from the Chernobyl accident on April 26th. Meanwhile fallout from the nuclear accident has been identified as far away as the USA. 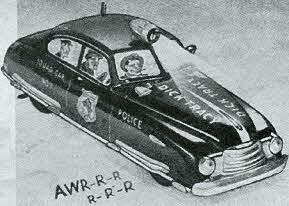 2005 : An earthquake with a magnitude of 6.9 hit near the Indonesian island of Sumatra. The quake's epicenter was below the seabed in the Indian Ocean, and caused residents of Sumatra and nearby islands to flee their homes in fear of a tsunami.

2007 : Nigeria purchased a Chinese made satellite and had the Chinese company launch it for them, marking the first time another nation had bought Chinese satellite technology and launching services. Nigeria had been experiencing a boom in its communications services and the satellite was purchased and launched with the intention of expanding internet and telephone services in Africa. The launch was successful.

2008 : As the violence has escalated between cartels in Mexico and the number of both senior and junior police officials murdered. Mexico's President Felipe Calderon has pledged to take back the streets from the cartels and has sent thousands of additional troops and police to combat the country's drug cartels in Sinaloa.

2009 : Pro-democracy leader, Aung San Suu Kyi, was imprisoned in Burma after being charged with violating the conditions of her house arrest. The opposition leader had been under nearly continuous house arrest for nineteen years. The charges were brought against her after an American, John Yettaw, allegedly visited her home in secret for a couple of days.

2012 : A small plane that was carrying twenty-one people from Pokhara to Jomsom in Nepal crashed and left fifteen dead. The survivors were being treated at a hospital in Pokhara. Authorities did not know what caused the crash, but the aircraft had reported strong winds and was trying to fly back to Pokhara.

2013 : Officials in Belize stated that one of the country's biggest Mayan temples was bulldozed by a construction company looking for gravel to use as road filler. The Noh Mul temple was thought to be over 2,300 years old and archaeologists stated that the destruction of old temples was a recurring problem in the country.