Major News Stories include Space Invaders Launches Craze for Computer Video Games, Gold reaches $200.00 per ounce, Roman Polanski flees to France, First Test Tube Baby is born, Cult leader Jim Jones tells 900 members of his church, "People's Temple", to commit suicide in Guyana, Susan B. Anthony Dollar is minted, Following on from the oil crisis Japanese car Imports account for half the US import market. The first first ever Cellular Mobile Phone History of Mobile Phones is introduced in Illinois. Sweden is the first country in the world to recognize the effect of aerosol sprays on the Ozone Layer and bans the sale. The Serial killer David Berkowitz, "Son of Sam," is convicted of murder after terrorizing New York for 12 months. 1978 is also a great year for movies with Grease summer opening on June 16th , Saturday Night Fever and Close Encounters of the Third Kind all showing in Movie Theatres around the world.
Jump To 1978 Fashion -- World Leaders -- 1978 Calendar -- Technology -- Cost Of Living -- Popular Culture -- Toys

What Events Happened in 1978

More Information for the Camp David Accords
Egypt and Israel sign the Camp David Accords, a crucial step in bringing peace to the two warring nations, during September of 1978. The terms of the accords were negotiated at Camp David during an important summit between the leaders of Egypt, Israel, and the United States. They were signed at the White House by Egyptian President Anwar Sadat, Israeli Prime Minister Menachem Begin, and United States President Jimmy Carter. The Camp David accords created a framework under which a peace treaty was agreed to during the following year ending a 31 year state of war between the two nations that had existed since the creation of the state of Israel.

The Double Eagle II balloon, piloted by Larry Newman, Ben Abruzzo, and Maxie Anderson, became the first balloon to complete a transatlantic flight during August. The helium-filled balloon traveled over 3,000 miles carrying the three men in a trip that lasted just over 137 hours. They began their journey in Presque Isle, Maine and landed in Miserey, France near Paris. The gondola that carried them measured just 15 x 7 x 4.5 feet.

1. Japanese explorer Naomi Uemura became the first person to reach the North Pole in a solo expedition during May.
2. He trekked alone through the Arctic with a team of malamutes to carry his supplies.
3. The Canadian Air Force also provided some assistance by replenishing his supplies via helicopter.
4. The 37-year-old explorer began his trip in early March and had encountered several hardships along the way including encountering a polar bear that ate some of his supplies and getting stuck on a cracking ice floe.
5. Uemura was also the first person to make a solo ascent of Mount Denali, which he did in 1970.
6. In 1984, he disappeared making another ascent of Mount Denali during winter.

The world’s first human conceived through in-vitro fertilization (IVF), Louise Brown, was born on July 25th in the United Kingdom. Called a “test-tube baby” by the press, Louise was conceived in a petri dish and then implanted as a two and a half day old embryo. The experimental procedure was completed by Robert Edwards, a medical researcher, and Patrick Steptoe, a gynecologist. The Browns had failed to conceive naturally for over 9 years prior to the successful IVF treatment and several years later they had child through IVF who was the fortieth baby to be successfully conceived through the process. Edwards shared in a Nobel Prize in Medicine for his contributions to the development of in-vitro fertilization in 2010.

More Information for Garfield.
1. The very first “Garfield” comic strip is published in 41 U.S. Newspapers during June of 1978.
2. Created by cartoonist Jim Davis, the comic strip focused on the life of a lazy and often sarcastic cat named “Garfield.”
3. The comic quickly grew in popularity and was featured in 100 newspapers only a year after its debut.
4. Featuring several other characters including Garfield’s owner John and the cat’s rival pet, a dog named Odie, the popular comic was soon turned into books, television specials, merchandise and even a movie, topping best seller lists and winning awards along the way.
5. In 2002, Jim Davis’ Garfield was awarded the Guinness Record for being the most widely syndicated comic strip, having been featured in over 2,500 newspapers worldwide.

More Information and Timeline for Dominica Independence
1. On November 3,1978 the Caribbean island of Dominica became independent from Great Britain. Carib Indians native to South America lived on the island prior to the island’s colonization, but the conflict and disease brought by European settlers decimated the indigenous populations.
2. Dominica was originally claimed and settled by the French but control of the island went back and forth between the French and British from the 1600’s to the early 1800’s.
3. Dominica became a British colony in the late 1700’s and was associated with several different colonial organizations until the 1950’s.
4. In 1967, Dominica got a new constitution which allowed the island to self-govern its own internal affairs.
5. By November of 1978 it gained full independence from the United Kingdom.

The United States Senate ratifies the second of the Torrijos-Carter Treaties during April. The treaties guaranteed that the United States would hand over control of the Panama Canal back to Panama by the end of 1999. The United States had control over the canal since 1903 as a result of the Hay-Bunau-Varilla Treaty. While it was considered a little controversial at the time, this was a political win for US President Jimmy Carter who had helped negotiate the terms of the treaties. The official names of the two treaties were “The Treaty Concerning the Permanent Neutrality and Operation of the Panama Canal” and “The Panama Canal Treaty” and both barely passed in the Senate with just one vote more than a two-thirds majority.

The country of Spain restored its democracy and ended forty years of a dictatorship under Francisco Franco. After the death of Franco in 1975 the country created a new constitution and it was ratified by the Spanish people in a referendum in early December of 1978 and later signed by King Juan Carlos I near the end of the month. The new constitution transitioned the country into a functioning democracy with democratic institutions while keeping the King as the symbolic head of state. 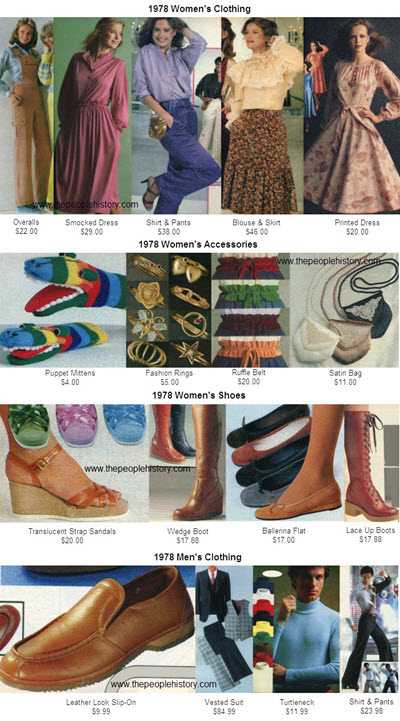 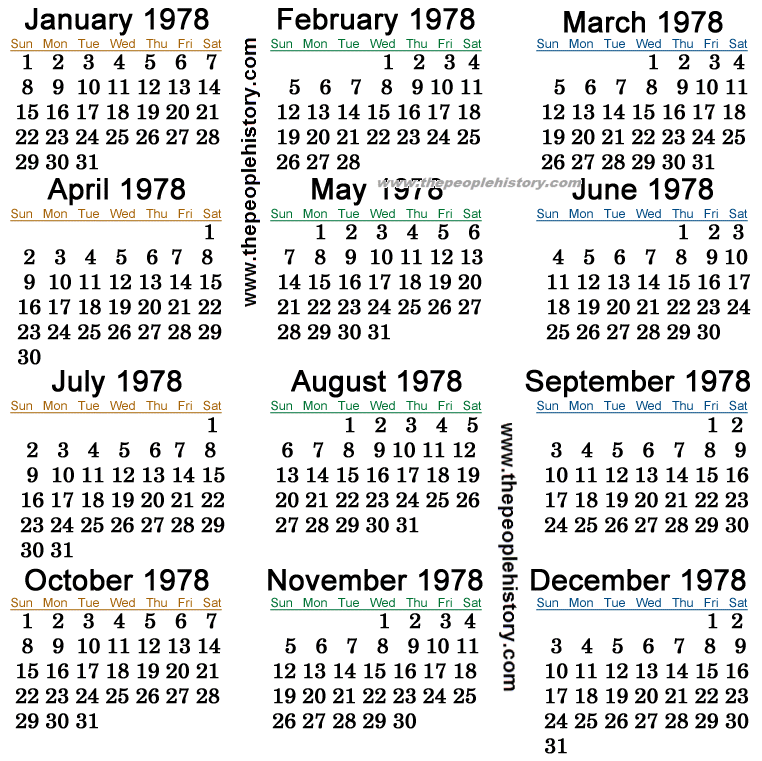 Part of our Collection of Toys From 1978

More News and Key Events From 1978

1. The People's Temple religious cult was founded by Jim Jones in Indianapolis, Indiana during 1958.
2. Jones moved his church to Ukiah, California in 1965 and then to San Francisco, California in 1971.
3. A group of People's Temple members moved with Jim Jones to the Jonestown compound in Guyana, South America between 1974 and 1977 after Jones was accused of financial fraud.
4. U.S. Congressman Leo Ryan visited Jonestown at the request of former People's Temple members and the relatives of current members. He visited on November 17, 1978 with some observers and journalists.
5. Several residents of the compound asked Ryan for help in returning to the United States. This angered Jones who feared his followers would defect and he ordered a group to kill the five visitors including Congressman Ryan.
6. On November 18th, Jones commanded his followers to drink poisoned punch, many of them willingly drank the poison but there was also evidence that several had to be forced by other followers and armed guards.
7. There was a death toll of over 900 people, more than 300 of them were children. Jones was also found dead of a gunshot wound.