What happened in 1984 Major News Stories include Indria Ghandi assassinated, DNA profiling developed, Virgin Atlantic Starts Operations, Grand Hotel Brighton Bombing, Union Carbide Pesticide plant in Bhopal India leaks lethal gas, McDonalds Restaurant Shooting Leaves 20 dead. The Aids Virus is identified it is not the worldwide problem it is today. Following on from the PC Apple releases the Macintosh computer. Following the Widespread Famine in Ethiopia many of the top British and Irish USSR pop musicians join together under the Name Band Aid and record the song "Do They Know It's Christmas". Following the boycott by the US of the Moscow Olympics the soviet block boycotts the Los Angeles Olympic games. Recession continues to be a problem in the US and 70 US Banks fail in just one year

3. Gandhi was a very popular leader during the beginning of her time as prime minister, partially due to a series of successful reforms.

4. In 1971, she showed support for the separation of east and west Pakistan by offering military support to east Pakistan. This lead to the defeat of Pakistan in 1972 and the creation of Bangladesh. This success also increased her popularity.

5. Gandhi was accused of electoral corruption during the 1972 election and was convicted in 1975. While she had been expected to resign, she did not. Instead, she declared a state of emergency, censoring and suspending the civil liberties of political rivals and dissidents.

6. She called for a general election to take place in 1977 and was hoping her popularity would help her win again after she eased off restrictions. She did not win the election.

7. In 1980, Indira Gandhi ran for her fourth term as prime minister, now a part of a new political party, and won the election.

8. In June of 1984, the holy Golden Temple in Amritsar was taken over by a Sikh separatist movement and Gandhi sent in Indian troops to remove them. As a result, hundreds were killed and the incident inspired a Sikh uprising within the country.

9. On October 31st, 1984, Indira Gandhi was assassinated by two trusted Sikh body guards outside of her house. They were seeking revenge for the events at Amritsar.

10. After her death, there were several incidents of violent retaliation against the Sikh population by ordinary Indian citizens.

The original Apple Macintosh personal computer went on sale during January of 1984. The PC was the first mass-produced Apple computer that was mouse driven and had a built-in graphical user interface. The Macintosh was originally priced at about $2,500.00, which was more expensive than several other competitors’ models, but it still sold well despite the higher price. It’s success may have been due to the iconic advertisement for its release which aired during the Super Bowl. The Ridley Scott directed Orwellian-themed “1984” ad is considered to be one of greatest commercials ever created.

Britain and Ireland's top pop musicians gathered in a Notting Hill studio to form Band Aid and recorded the song "Do They Know It's Christmas" in order to raise money for famine relief in Ethiopia.

During November of 1984, 44 group members of “Band Aid” came together to record the single “Do They Know It’s Christmas?” in a London studio. The group was created by musician Bob Geldof with the intention of raising money and creating a greater awareness of famine and poverty in Ethiopia and the whole of Africa. The single became the number one Christmas hit that year and raised millions of dollars for its cause. Notable participants in the Band Aid recording included Phil Collins, Bono, Sting, Duran Duran, Culture Club, Bananarama, James Taylor, George Michael, David Bowie, and Paul McCartney.

More Information and Timeline for the Sino-British Joint Declaration.

On December 19th of 1984 China and the United Kingdom agreed to transfer power in Hong Kong from the UK to China in 1997. Hong Kong had been given to Great Britain in 1842 as a result of the First Opium War and had been under some form of British colonial rule since then. In 1982 China and the UK began discussing what to do with Hong Kong and in 1984 UK Prime Minister Margaret Thatcher and Chinese Premier Zhao Ziyang agreed to a transfer of power to take place in 1997. The Sino-British Joint Declaration stated that Hong Kong would become “one country with two systems.” This meant that upon the transfer of power it would become a part of Communist-run China but would be allowed to keep its capitalist and partially democratic systems in place for fifty years. In July of 1997, the handover was considered a success and 156 years of British Rule officially came to an end in Hong Kong.

1. A massive year-long miner’s strike began during March of 1984 in England.

2. The strike was held by the National Mineworkers Union under Arthur Scargill and it was organized against the National Coal Board, an agency of the British government which was led by Prime Minister Margaret Thatcher.

3. The National Coal Board was planning on closing 20 collieries which would have cost 20,000 jobs.

4. At the height of the dispute more than 150,000 miners went on strike and brought much of the nation to a standstill.

5. It became the longest industrial dispute of the century and lasted until March of 1985 , despite having been ruled illegal during September of 1984.

6. Thatcher held strong against the defeated strikers and most of the proposed closings took place 8 years later. 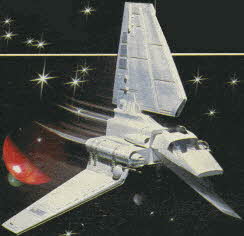 Journey with us to another galaxy with Star Wars: Return of the Jedi durable plastic toys. The Imperial Shuttle has laser sounds, open side panels, and automatic wings. 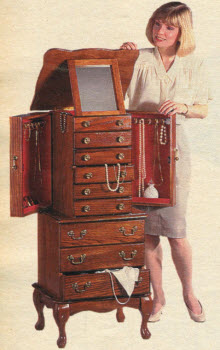 
Description : This dropped torso, double-flounced knit dress is reminiscent of the 1920s. Gold-color acetate and lurex metallic thread glimmers and glows as it catches the light. With flirty capelet sleeves and v-back. 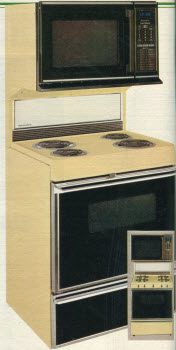 
Create a custom-designed cooking center that will handle all of your cooking needs by adding a Kenmore 1.4 cubic foot capacity Microwave Oven to a Micro-Classic II Insertable Range. Choose from gas or electric range.

More News and Key Events From 1984

The 1984 Summer Olympics, also known as the Games of the XXIII Olympiad, begin in July. The games were held in Los Angeles, California. There were a total of 6,829 athletes who participated in 221 events and represented 140 different countries. As retaliation for the United States’ boycott of the 1980 Moscow Olympics, The Soviet Union and several other countries boycotted these games. Despite the boycott, there was still record participation. Some events that were included for the first time in these games were the women’s marathon, women’s cycling road race, synchronized swimming, rhythmic gymnastics, and windsurfing. The United States won the most medals with a total of 174, followed by Romania and West Germany.

U.S.A. Beauty Queen Killer Captured and dies during the arrest

The serial killer Christopher Bernard Wilder ( Beauty Queen Killer ) who went on a six-week cross-country crime spree starting in Florida on February 26, 1984 abducted and murdering his first victim Rosario Gonzalez he continued across the country through Georgia Texas, Kansas, Oklahoma, Nevada, Utah California and New York before he was killed during a struggle with police in New Hampshire on April 13, 1984. There were 8 confirmed Murders and 12 Rapes , he is known as the Beauty Queen Killer because all the women were attractive. This one of the first confirmed serial killers and was studied to provide insight into the minds of serial killers.

More Information and Timeline for the Transatlantic Balloon Flight

Joe Kittinger, a former Air Force pilot and human flight record breaker, traveled by helium balloon across the Atlantic ocean from September 14 to 18 in 1984.

He left from Caribou. Maine in the United States and landed in Montenotte, Italy after eighty-six hours of flight, traveling nearly 3,500 miles. This was the first successful solo flight in a helium balloon across the Atlantic ocean.

Kittinger had previously set records for the highest parachute jump and the longest free fall in 1960 during Project Excelsior. He had also served during the Vietnam war and had been taken as a prisoner of war. Since his retirement from the military he had assisted others in their attempts to break flying and parachuting records as well as competing in feats and races himself.

One other notable accomplishment of Kittinger's was assisting Felix Baumgartner in his 2012 record-breaking free fall.

The first ever flight in space by humans un-tethered using jet back packs takes place.

More Information and Timeline for the 1st Un-tethered Space Walk

The Space Shuttle Challenger launches on February 3, 1984 on the tenth space shuttle mission. The shuttle carries astronauts Vance Brand, Robert Gibson, Bruce McCandless II, Robert Stewart, and Ronald McNair. The mission lasted nearly eight days and landed back on Earth, successfully, on February 11, 1984. The mission was important in that it was the first time that astronauts attempted an un-tethered space walk using propulsive backpacks. The mission also released two satellites and conducted several different experiments. It would be less than two years later that the Space Shuttle Challenger disaster occurred when it disintegrated upon re-entry in January of 1986 carrying astronaut Ronald McNair again, as well as six others.

More Information and Timeline for the Space Shuttle Discovery

The Space Shuttle Discovery launches for its maiden flight on August 30th, 1984. It was the third of the space shuttles to be put into operation after the Columbia and the Challenger. The Discovery launched for the first time from the Kennedy Space Center in Florida and was in space until September 5th, 1984 when it landed at the Edwards Air Force Base in California. The crew consisted of five men and one woman. The mission was originally planned to launch in June but various technical issues pushed the launch date back.

The Summer Olympic Games are held in Los Angeles

The Winter Olympic Games are held in Sarajevo, Yugoslavia

Twelve month long strike by coal miners begins in British coal industry, during the strike pickets and police clash multiple times at pits and collieries around the country.

English pound notes are to be taken out of circulation

By the year end more than 70 US Banks fail

Britain and Ireland's top pop musicians gathered in a Notting Hill studio to form Band Aid and recorded the song "Do They Know It's Christmas" in order to raise money for famine relief in Ethiopia.

Indiana Jones and the Temple of Doom

A Passage To India

Tina Turner with " What's Love got to do with it "

Stevie Wonder with " I Just Called to say I love You "

Duran Duran with " The Reflex " 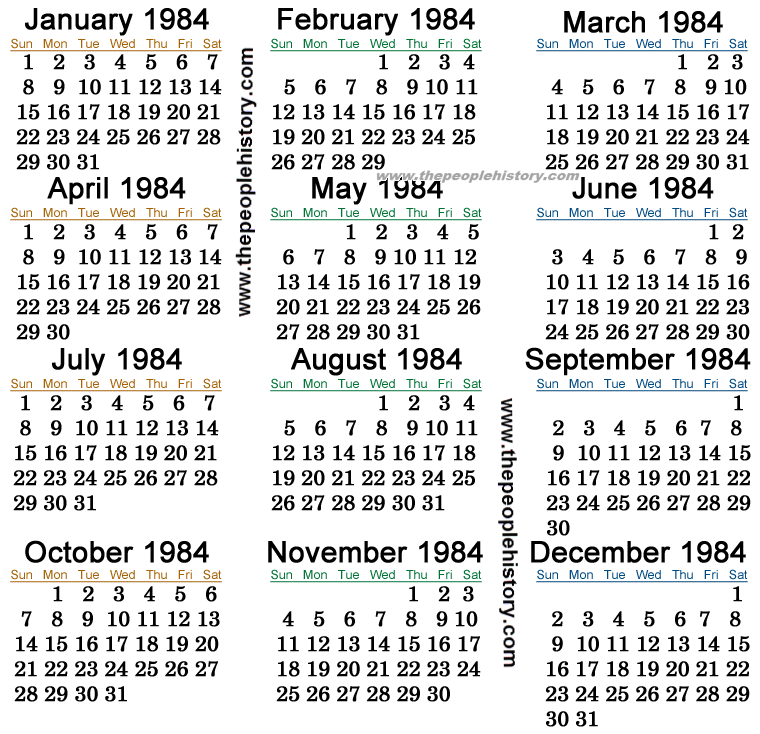 Chairman of the Council of People's Commissars Yuri Andropov