What Happened in 1975 Important News and Events, Key Technology and Popular Culture

1975 In the UK inflation continues to spiral out of control reaching 24.2% the price of Petrol increased by nearly 70% in one year, but the US sees a start back down with US inflation going down to 9.2%, both governments use interest rates as a way of trying to control inflation with the US Federal Reserve at 7.25% and The Bank of England at 11.25%. Meanwhile one of the true success stories of modern times when Bill Gates and Paul Allen create the company Microsoft. The First of the new hobby computers are starting to appear including Altair 8800 and the battle for Video recorder standards of VHS and Betamax starts. This is also the year the Vietnam war finally ends. First disposable Razor, Jimmy Hoffa ex teamsters boss disappears, Suez Canal reopens, Dutch elm disease decimates Elm Trees in UK,

After OPEC agrees to raise crude oil prices by 10%. Oil Prices around the world spike up

On February 11th of 1975 Margaret Thatcher became the leader of the opposition for the Conservative party of which she had been a member and represented the party in parliament since 1959. She won the title after successfully challenging the leadership of former Prime Minister Edward Heath, making her the first woman in that role. In 1979 the Conservative party regained their majority and Margaret Thatcher became the first female Prime Minister of the United Kingdom. She resigned as the leader in 1990.

Vietnam The Battle of Ban Me Thuot

The Battle of Ban Me Thuot takes place during the Vietnam War, as North Vietnam begins its final push to end the war and capture the South.

More Information for the Battle of Ban Me Thuot.

More Information for the end of the Vietnam War.

The War in Vietnam comes to an end at the end of April in 1975 as a series of events leads to the fall of Saigon. During the previous month the North Vietnamese Army began an aggressive campaign against South Vietnam and by the end of April, North Vietnam took Saigon. After realizing that it would be impossible to defend the South against North Vietnam, the South Vietnamese president resigned and South Vietnam surrendered unconditionally to the North. The United States’ involvement in the war ended on the last day in April of 1975 after about twenty years as the last American military members escaped in helicopters taking off from the U.S. Embassy in Saigon.

Cost of a gallon of Gas 44 cents

During May of 1975, electronics manufacturer Sony released their Betamax video cassette recording system for sale in Japan. The system originally retailed for several thousand dollars and not long after the release other companies began selling their own systems using a different format, the VHS (Video Home System). Sony’s Betamax was somewhat popular throughout the late 1970’s but by the mid-1980’s VHS had won the so-called “Videotape Format War.” Betamax quickly faded into obscurity, effectively becoming obsolete in 1988 when Sony began to manufacture their own VHS systems. Despite relatively little demand for the Betamax format after the late 1980s, Sony continued to sell Betamax recording systems until 2002.

One of the very first blockbuster films, Jaws, is released during June.

The hit film Jaws had its theatrical release in June of 1975. It was one of the first blockbuster films and at the time of its release it had become the highest grossing film of all time. The film was directed by Steven Spielberg and starred Richard Dreyfuss, Roy Scheider, and Robert Shaw. The plot revolved around a killer shark terrorizing a small town and those who would hunt it. It was nominated for several Academy Awards and won three of them. Known for its dramatic score, superior editing and suspenseful premise, the film Jaws is considered by many critics to be one of the greatest films ever made.

General Francisco Franco, the dictatorial leader of Spain, died at the age of 82 in November of 1975. Franco had taken power as Spain’s head of state in 1939 after his Nationalist forces defeated the Republic during the Spanish Civil War. Franco’s early regime was characterized by harsh political oppression but as he aged more progressive ideas and reforms were allowed. During World War II he aligned Spain with the Axis powers but managed to keep his country only minimally involved in the conflict. After his death the monarchy was restored and King Juan Carlos took power as per Franco’s instructions. Democracy was established soon after his death.

Patty Hearst becomes Most Wanted and is arrested for armed robbery.

Newspaper heiress Patty Hearst is found in a San Francisco apartment and arrested for armed robbery in September of 1975. She had been kidnapped in Berkeley, California on February 4, 1974 and in April of 1974 she sent letters to the media stating that she was joining the leftist group SLA (Symbionese Liberation Army) of her own free will. Later that month, a surveillance camera took a photo of her participating in an armed robbery of a San Francisco bank, making her a wanted criminal by the FBI. Following Hearst’s capture by the FBI, she went on trial for her crimes and was found guilty and sentenced to seven years in prison. She served two years and had her sentence commuted, she was later pardoned by President Clinton.

NASA launches the first joint United States and Soviet Union space flight during July News Events. The mission objective was to dock a U.S. Apollo module with a Soviet Soyuz 19. This was the final space flight of an Apollo module, a program that had ended in 1972. The two spacecraft launched on the same day, the Soyuz mission returned to Earth after almost 6 days in space and the Apollo mission returned to Earth after about 9 days in space. The docking was considered successful and the two crews performed several experiments together. It was considered a successful mission and symbolized a softening of the relationship between the United States and Soviet Union at that particular moment in time.

More News and Key Events From 1975

"The Green March" with 350,000 unarmed Moroccans cross the border into the Spanish controlled area of Western Sahara demanding the return of Moroccan Sahara Desert

The Unemployment Rate in the US reaches 9.2% and recession is recognized by President Ford

US Pulls out of Cambodia

US Pulls out of Cambodia

The UK implements the Sex Discrimination and Equal Pay Act 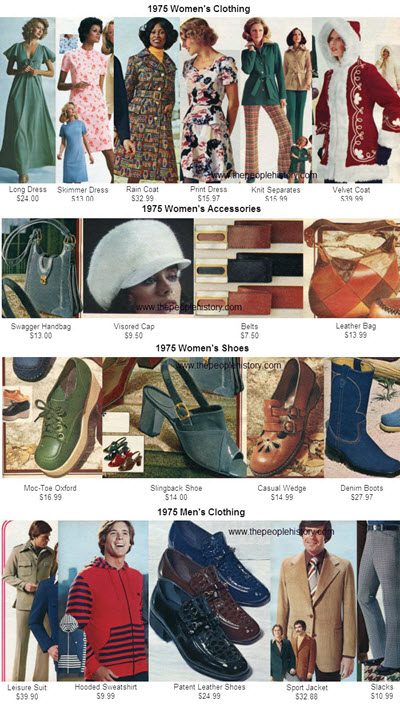 Bruce Springsteen releases his third album, Born To Run, widely regarded as one of the greatest of all time

The film version of The Who's Tommy premiers in London

Murder on the Orient Express

The Return of the Pink Panther

One Flew Over the Cuckoo's Nest

The Eagles with " Best of My Love "

All in the Family

The Microcomputer Altair 8800 is released 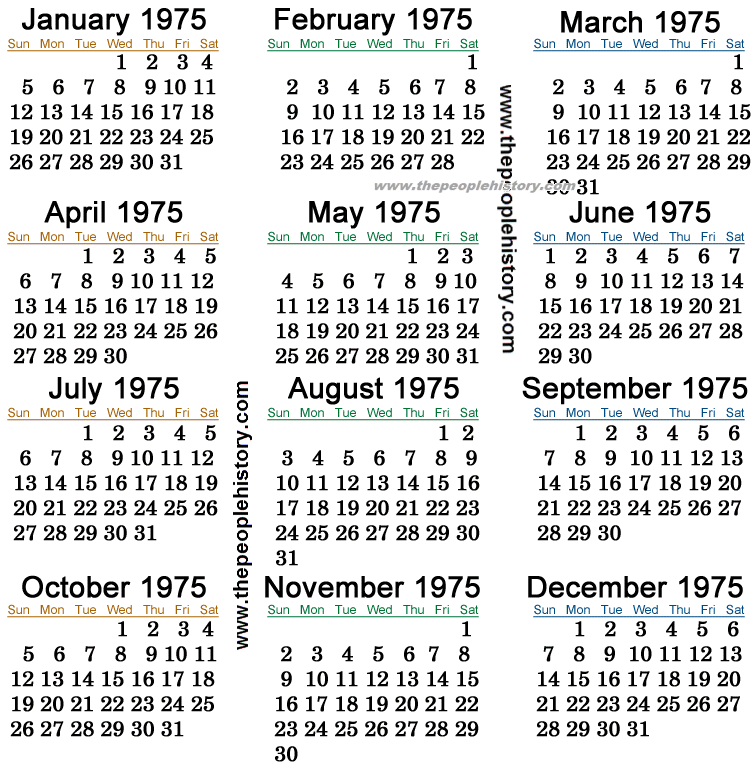