Major News Stories include Three Mile island Nuclear Accident, China institutes the one child per family rule, General Knowledge Quiz Game Trivial Pursuit Launched, Pink Floyd release "The Wall", USSR Invades Afghanistan For the first time in history in 1979 a woman Margaret Thatcher is elected Prime minister in the UK. As technology becomes smaller Sony released the Walkman a worldwide success costing $200 which at that time was a significant amount of money. Also the first Snowboard is invented in the USA. The bombing by the IRA in England continues with Lord Mountbatten and three others assassinated. Following the return of Ayatollah Ruhollah Khomeini Iran becomes an Islamic Republic and 63 Americans are taken hostage in the American Embassy in Tehran on 4th November
Jump To 1979 Fashion -- World Leaders -- 1979 Calendar -- Technology -- Cost Of Living -- Popular Culture -- Toys

What Events Happened in 1979

More Information and Timeline for the Michael Jackson "Off the Wall"
1. A young Michael Jackson begins performing with his brothers in the Jackson 5 in the mid-1960s. They become popular throughout the late 1960s and early 1970s.
2. A talented and former child-star in his family singing group, he breaks away in the mid to late 1970s to start a solo career and releases his breakthrough album"Off the Wall" on August 10th, 1979.
2. "Off the Wall" was his first solo album and established him as a serious and adult artist, in sharp contrast to his previous bubblegum pop image and sound that he had as a part of the Jackson 5.
3. This album was the first solo album to produce four top ten hits including "Don't Stop 'til You Get Enough" and "Rock With You."
4. Jackson also won a number of awards for his work on this album such as an AMA for Favorite Soul/R&B Album and a Grammy Award for Best Male R&B Vocal Performance on "Don't Stop 'til You Get Enough."
5. This was the first step in Jackson's ascension to the throne of popular music as the King of Pop.

More Information and Timeline for UK Public Labor Strike
On January 22nd, 1979 public sector workers in the United Kingdom go on strike in the largest strike to take place in the country since 1926. The workers from the four largest public sector unions called on their one and a half million members to stop working in protest of the British government’s attempt to create a pay increase ceiling at five percent. The National Union of Public Employees, Confederation of Health Service Employees, General and Municipal Workers Union, and Transport and General Worker’s Union brought the United Kingdom to a standstill during the Harsh winter of 1979. They demanded a £60 a week minimum wage and a 35 hour work week. The strike ended on February 14th. This was the first of several strikes that contributed to the election of Margaret Thatcher’s conservative government in May of 1979 to replace Labour leader James Callaghan’s government.

More Information and Timeline for the ESPN Launch
The ESPN (Entertainment and Sports Programming Network) television network is launched on cable television at 7pm Eastern Time on September 7th, 1979. The network was created by Bill and Scott Rasmussen along with Ed Eagan as a channel dedicated to true sports fans. History of Sports Home


ESPN launched with the airing of a live episode of their signature program Sports Center, anchored at the time by George Grande and Lee Leonard.

Within a year the network became a 24/7 television service and within a few more years it gained rights to broadcast games for the NBA. ESPN was soon purchased by ABC in 1984 and it blossomed into the powerhouse network it has become today, a popular source for sports news and exclusive sports events.

More Information for SALT II
The United States and Soviet Union reach an agreement during the Strategic Arms Limitations Talks during June of 1979. U.S. President Jimmy Carter and Soviet leader Leonid Brezhnev signed the SALT II treaty in Vienna after having held several talks regarding the reduction of nuclear arms from 1972 to 1979. The SALT II treaty banned new missile programs and asked both sides to reduce the number of “delivery vehicles” to 2,250 on each side. Later that year the U.S.S.R. invaded Afghanistan and as a result the U.S. Senate did not ratify the treaty. Despite not ratifying the treaty, both sides still agreed to adhere to its conditions until it expired in December of 1985.

More Information and Timeline for Ayatollah Khomeini
The Iranian Revolution comes to an end in February of 1979 when Ayatollah Ruhollah Khomeini returns to power after being in exile for about fifteen years. Khomeini had been exiled for his opposition to the Shah’s land reforms and attempts to modernize and Westernize the country in the 1960s. Khomeini returned not long after Shah Mohammad Reza Pahlavi was forced to flee the country. Shah Reza Pahlavi had been in power since 1941. Khomeini’s first orders were to expel all foreigners from Iran, forcing over 1,000 U.S. State Department workers to leave the country. He also wanted to return the government’s focus to creating a country that followed the principles of Islam and shunned outside interference and Westernization.

More Information and Timeline for Idi Amin
The dictator of Uganda, Idi Amin, is overthrown on April 11th, 1979. Amin fled from the Ugandan capital of Kampala when a coalition of troops from Tanzania and Ugandan forces who opposed Amin marched to the capital to take over the government. Amin had taken over the country in 1971 and his extreme nationalist policies caused the collapse of the economy. He was also though responsible for the deaths of around 300,000 people due to his genocidal policies against different ethnic groups. Amin escaped and lived in Saudi Arabia until he died in 2003.

1. The experimental space station, Skylab, crashed back to Earth during July.
2. Skylab was launched by the United States in May of 1973 and was NASA’s first space station.
3. It was occupied by three three-person crews for about 171 days between its launch and February of 1974 and there were over 300 experiments performed.
4. The space station had a few technical difficulties when a meteoroid shield was ripped off during launch and damaged the solar panels.
5. It was in orbit for a total of 2,249 days before its orbit decayed the space station plummeted back to Earth.
6. Engineers calibrated its orbit so that by the time it crashed it would be over the Indian Ocean and not in range of a populous area. Some debris landed in Western Australia.

More Information and Timeline for Voyager 1
The Voyager 1 spacecraft was launched in September of 1977 with the mission of gathering information on Jupiter and exploring the outer edges of the solar system. On March 5th of 1979 Voyager 1 made its closest approach to Jupiter and made observations about the moons, rings, radiation, and magnetic fields of the solar system’s largest planet. Voyager 1 is still exploring space and as of August in 2012, the spacecraft entered interstellar space and will continue exploring indefinitely. 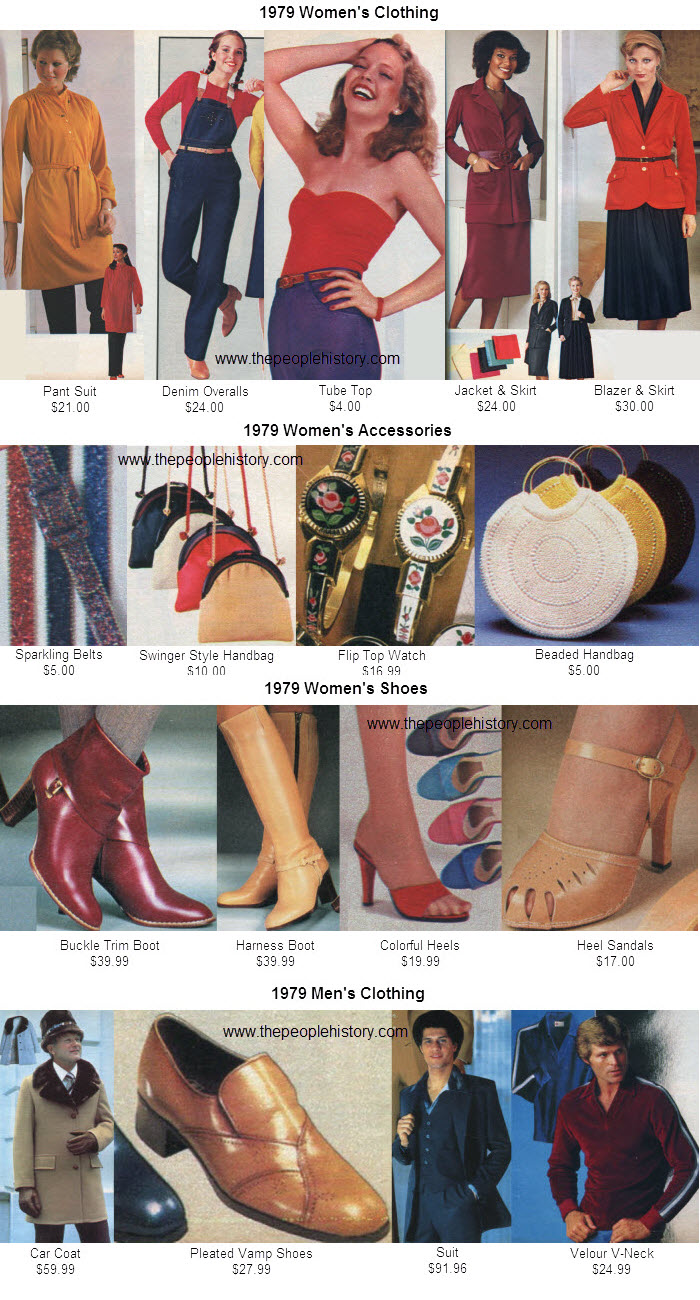 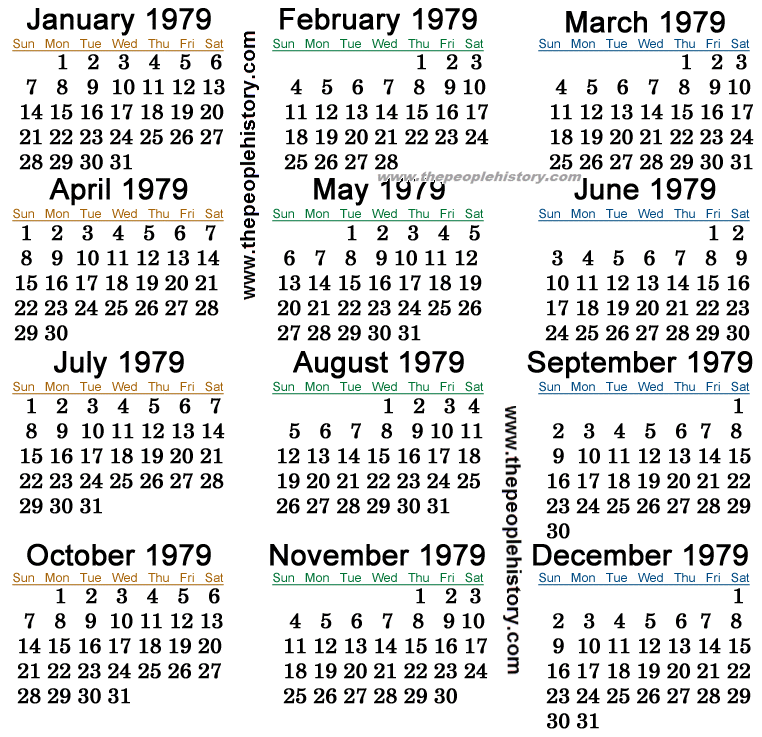 Part of our Collection of Toys From 1979

More News and Key Events From 1979