What Happened 40 years ago in 1982 Major Events, Popular Culture, Prices, Born This Year

What happened in 1981 Major News Stories include Michael Jackson releases Thriller Album, First CD player sold in Japan, Dutch Elm Disease destorys millions of Elm Trees, Tylenol capsules laced with potassium cyanide kill 7 in Chicago, Times man of The Year is THE COMPUTER, Disney Futuristic Park EPCOT opens, Recession starts in the United States, The Mary Rose, flagship of Henry VIII raised in the Solent. New technology continues to change our buying habits with smaller and cheaper electronic gadgets appearing including and a new industry is just beginning with the use of Genetic Engineering human insulin produced by bacteria is sold for the first time. On the world stage Argentina invades the Falkland Islands and Argentina and the UK go to war over a small island thousands of miles away. After many reports of Whales becoming and endangered species the International Whaling Commission decides to end commercial whaling, and a major recession hits the United States.

Cost of a gallon of Gas 91 cents

Michael Jackson’s groundbreaking album “Thriller” was released during November News Events. The King of Pop’s nine song album was produced by legendary musician Quincy Jones and was Jackson’s sixth studio album. It featured hit songs like Billie Jean, Beat It, Human Nature, P.Y.T. (Pretty Young Thing), Wanna Be Startin’ Somethin’, and the eponymous Thriller. It was also known for the 14-minute long horror-themed music video with memorable choreography that took MTV by storm. Since its release it has become the one of the highest-selling albums of all time.

1. The break-up of the AT&T monopoly was ordered during January of 1982.

2. The US government’s deal with the AT&T Corporation stated that AT&T would give up control of the Bell System (colloquially called Ma Bell) that had owned most of the telephone services in the United States and Canada since the 1940s.

3. The agreement came as the result of an anti-trust case brought against the company in 1974 by the US Department of Justice.

4. The break-up of the Bell System officially became effective two years later in 1984 when it was split into seven different independent Regional Bell operating Companies, informally known as “Baby Bells."

Canada -- Proclamation of the Constitution Act

Queen Elizabeth II and Prime Minister Pierre Trudeau signed the Proclamation of the Constitution Act in Canada during April. The Canada Act, as it was also known, finalized the patriation process that had been ongoing in Canada for years, resulting in the establishment of full sovereignty and independence of the nation. The proclamation also included the Canadian Carter of Rights and Freedoms which outlined 34 basic rights that would be guaranteed in the country.

Argentina invades the Falkland Islands / Malvinas on March 19th , and the UK sends the Royal Navy, RAF and the Army and retakes possession of the Falkland Islands during the conflict Argentine Exocet missile sinks HMS Sheffield on May 4 and the Nuclear submarine HMS Conqueror sinks the Argentine cruiser General Belgrano. Argentina surrenders on June 14th

NASA’s STS-3 mission launched on March 22nd. This was the third mission for the Space Shuttle Columbia and it launched from the Kennedy Space Center in Florida. The commander of the mission was Jack R. Lousma and the pilot was C. Gordon Fullerton. Sally Ride, who would become the first American woman in space the following year, was a member of the support crew. The two-man crew completed their mission objectives and several experiments during orbit. STS-3 successfully landed at the White Sands Space Harbor in New Mexico after eight days on March 30.

1. The first episode of Late Night with David Letterman debuts on NBC during February of 1982.

2. The show aired after Johnny Carson’s Tonight Show and was directed by Hal Gurney.

3. The show’s first guests were Bill Murray and Don Herbert.

4. It soon gained a reputation for its innovative offbeat humor and quirkiness.

5. The show aired for over a decade with Letterman as the host until Letterman moved to CBS to host the Late Show in 1993.

6. It has since continued with other hosts including Conan O’Brien, Jimmy Fallon, and Seth Meyers.

The popular science fiction film “E.T. the Extra-Terrestrial” debuts during June. It was written by Melissa Mathison and produced and directed by Steven Spielberg. The story revolves around a young boy named Elliott and his younger sister (played by 6-year-old Drew Barrymore in one of her first major roles) and their quest to help a lost alien (E.T.) return to its home planet. At the time of its release it was an immediate hit, surpassing Star Wars as the highest-grossing film of all-time, a title which it held until 1993. The film was considered one of the most popular of the decade and won 4 of its 9 Academy Award nominations. 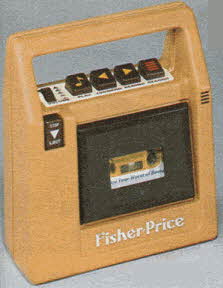 
Has built-in microphone, large carrying handle, and a special activity tape is included. 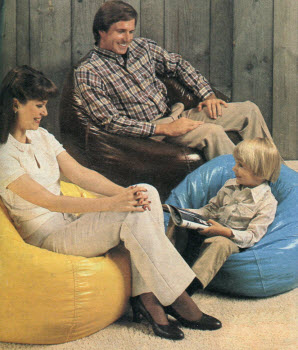 
Description : Sailor dress has a middy collar with a detachable white tie. Dress has an elastic waist and knife pleating. There is white trim around the hem and collar and a narrow patent-vinyl belt cinches the waistline.

More News and Key Events From 1982


Wave of Terrorist attacks in France by Carlos the Jackal


All time record lows in dozens of cities throughout the Midwestern United States.


The largest cash robbery in History occurs in New York when $9,800,000 is stolen from an armored car


The First Issue of USA Today is published


Michael Fagan Brakes Into The Queens Bedroom in Buckingham Palace


The Mary Rose, flagship of Henry VIII of England is raised in the Solent on October 11th and taken to Portsmouth Dockyard where it is preserved and on show to the public


Channel 4 is launched in UK


Lech Walesa, leader of the outlawed Solidarity movement is released after 11 months in jail


Yassar Arafat elected the President of the Palestinian National Council


Leonid Brezhnev the General Secretary of the Communist Party dies of a heart attack while in office.


The Vietnam Veterans Memorial in Washington DC is dedicated

1982 was the year a computer scientist ( Scott Fahlman ) from Carnegie Mellon University first suggested the use of Smiley or emoticon as a way of expressing emotion in an email :-)

Freeware first used by Andrew Flueleman and Jim Knopf to distribute their application which allowed programs to be copied, in 1984 the distribution of this type of software changed from freeware to Shareware ( name thought up by Bob Wallace )

Graceland the home of Elvis Presley opens to the public

An Officer and a Gentleman

The Best Little Whorehouse in Texas

Human League with " Don't You Want Me "

Paul McCartney and Stevie Wonder with " Ebony and Ivory "

Survivor with " Eye of The Tiger "

The Other Arf (UK)

Only Fools and Horses (UK)

The Weather Channel airs on cable television for the first time.

Times man of The Year is THE COMPUTER 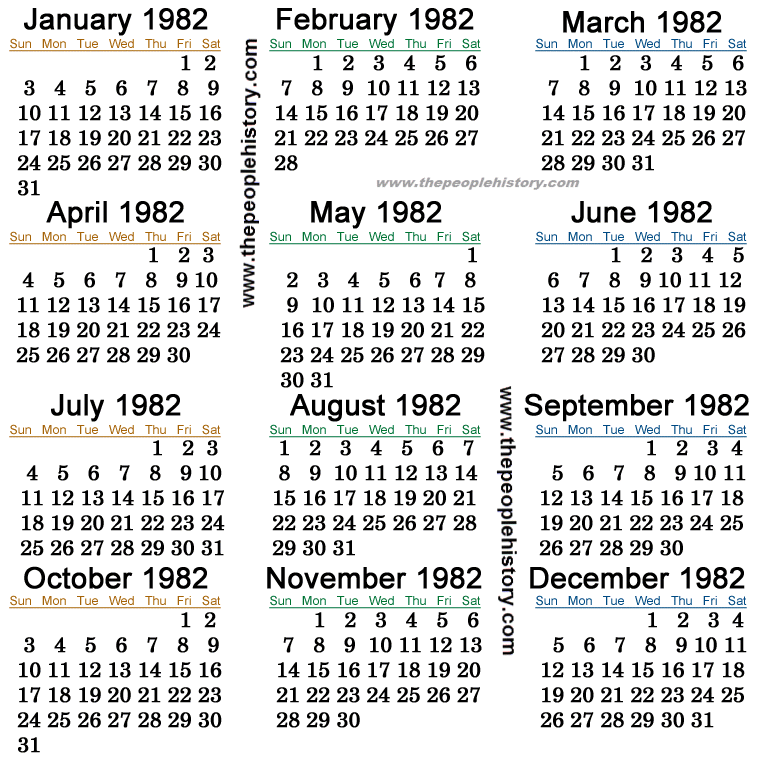 Chairman of the Council of People's Commissars Leonid Brezhnev