1934 : Teachers in Chicago have at last been given their back pay after suffering with no wages for long periods of time. 18,000 teachers were affected because Chicago did not have money to pay them and most will receive over $1,000. Many lined up at the bank from long before the bank opened to cash their checks and it is expected that local traders would see a spending spree and paying of long outstanding bills which would help to boost the local economy.

1955 : The "Guinness Book of World Records" compiled by student twins Norris and Ross McWhirter is published for the first time and becomes an instant success. The book was originally owned by the Guinness Brewery (Hence The Name) it is currently owned by (the Jim Pattison Group) which the same company who owns Ripley Entertainment, Inc. The Guinness Book of Records holds it's own record as the world's most sold copyrighted book. Find out more What Happened in 1955.

1967 : Harold Wilson the British Prime minister has announced a major reshuffle of his cabinet and has dropped a number of the old guard Labour members to bring in new blood with fresh ideas to combat the problems of mounting unemployment and the public's disillusionment of the current Labour government. 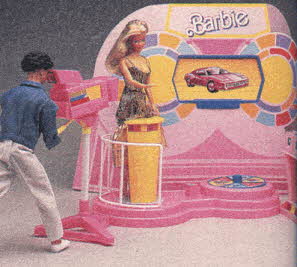 1979 : The second cousin of the Queen Lord Louis Mountbatten is killed when IRA terrorists detonate a 50-pound bomb on his fishing boat in Donegal Bay off Ireland's northwest coast. Three others were also killed in the attack, he was one of the most popular members of the royal family because he was fighting alongside his fellow Brits as a Commander in the British Royal navy, including commanding the HMS Kelly which was sunk early in the war, he still continued sea service taking his chances alongside his men. What Else Happened In 1979.

1979 : Eighteen British soldiers from the Second Battalion Parachute Regiment are killed by two booby trap bomb attacks at Warrenpoint, South Down, in Northern Ireland close to the border with the Irish Republic.

1989 : Rupert Murdoch who owns the Fox Television network in the United States has launched Sky TV which is received by paying subscribers via satellite dishes in England following on from his holdings in the UK newspaper market including The Times and The Sun.

1990 : Former Guinness chairman Ernest Saunders and his three conspirators Gerald Ronson, Sir Jack Lyons and Anthony Parnes are convicted for involvement in a conspiracy to drive up the price of shares of Guinness.

1992 : President George Bush has informed Iraq's President Saddam Hussein that a no fly zone is now in place over southern Iraq , the No Fly Zone was authorized under United Nations Resolution in 1991 that demanded an end to the repression of civilians including Shiite Muslims, the no fly zone will stay in effect until international peacekeepers have confirmed or denied reports and will stay in place until it is no longer needed.

1998 : Trading on the markets in the Russian Ruble have been suspended for the third day as the Ruble has continued it's downward spiral currently trading on the unofficial market is seeing the Ruble trading at close to 15 rubles to the dollar (just 3 weeks ago the figure was 6 rubles to the dollar). In addition to the ruble's problems the Moscow stock market has lost a further 60% in just 1 week with no signs of a let up.

Born: August 27, 1908, Stonewall, Texas Died: January 22, 1973, Stonewall, Texas Known For : Lyndon Johnson became US president (1963 to 1969) after the assassination of John F. Kennedy. Prior to this, he was one of the most influential politicians in the Legislative branch of government, serving as a US Representative and US Senator from Texas, Senate Minority and Majority leader, and the Vice President. Johnson’s presidency took place during some of the most tumultuous times in US history with the assassinations of Robert Kennedy and Martin Luther King Jr and the increased US involvement in the Vietnam War. Johnson’s administration is known for the passage of the Civil Rights Act, the Voting Rights Act, and Medicare.

August 27th, 2006 : A (Delta Air Lines) Comair CRJ-100 passenger jet carrying 50 people has crashed shortly after taking off from Lexington airport in Kentucky, killing all but one on board.

2007 : After much investigation and fighting, United States Attorney General Alberto Gonzales announced his resignation. The resignation came after accusations of abuse of power in the Bush administration over the firing of federal prosecutors that were believed to be for political reasons. He would officially leave office on September 17th.

2009 : A new dinosaur species was discovered in Australia by paleontologists on a sheep farm in Queensland. The fossils of the dinosaur are estimated to be around 97 million years old and belong to an herbivore sauropod.

August 27th, 2012 : Around one-hundred miners barricaded themselves underground with explosives in a pit in the island of Sardinia in protest of the closing of the country's only mine. If the mine was shut down they would all lose their jobs and they planned on staying underground until they get a meeting with the government.

2013 : US retailer Wal-Mart, the largest private sector employer in the United States, stated they would begin to offer health insurance to same-sex partners of their workers. The change in policy came after the US Supreme Court ruled that the government must recognize same-sex marriages in the states that have legalized it. 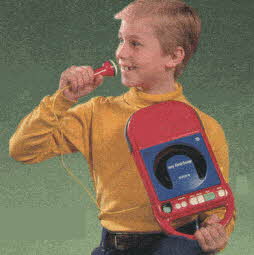