1945 : Germany signs unconditional surrender at Rheims in France bringing to an end six years of war in Europe.

1941 : Glenn Miller and His Orchestra recorded "Chattanooga Choo Choo." The song was first featured in the 1941 movie "Sun Valley Serenade," a movie that starred many of the biggest names of the day. It became one of the most popular hits from the era and even has its own website.

1971 : The Concorde, the worlds first faster than sound passenger plane, took off for a 75 minute publicity flight to Toulouse carrying the french president on board.

1956 : The British Health Minister RH Turton, rejects calls for a government campaign against smoking, saying no ill-effects have actually been proven from smoking and the link between smoking and lung Cancer has not been proved.

1931 : A survey of Employers has revealed that those companies who are surviving since the stock market crash have drastically cut their work force and implemented wide ranging pay cuts among those employees who are still employed by up to 40% during the 1930s great depression.

Known For : The talented recording artist signed with Motown in 1971. Thelma Houston dabbled in television in film before gaining fame for her most well-known 1977 number one hit song, "Don't Leave Me This Way." She won the Grammy for Best Female R&B Performance for her rendition of the song. While she was never able to recreate the success of "Don't Leave Me This Way," Houston continued to create music and made occasional television and film appearances.

1934 : The 9.45-inch, 14.1 lb "Pearl of Lao Tzu" is found by a diver in a giant clam in the Palawan Sea. Gemologists do not consider this to be a true pearl, as it does not have the mother of pearl, i.e. it does not have the iridescence that true pearls (which come from pearl oysters and pearl characteristics ). Clam pearls have no intrinsic value as a "gemstone", but only as a curiosity.

1941 : Germany continues to send large numbers of Bombers laden with bombs targeting Liverpool, North East, North West, Bristol and London, and each night British fighters go out trying to stop the destruction to towns and cities around the country , during last nights raids some 40 + German bombers were downed by British fighter pilots.

1947 : Levitt and Sons, Builders announce a 2,000 home rental community at Island Trees later becoming Levittown, Hempstead, Long Island, New York ideal for GI's returning home following the end of World War II, the project used a new type of construction based on mass-production housing never used before, due to the prefabricated design they could build 30 houses a day. Following the success of the project they announced a further 4,000 homes which would be for sale not rental, offering ownership on a 30-year mortgage with no down payment and monthly costs the same as rental. After two years they began offering a larger home "a ranch house" 32 feet by 25 feet ( 800 Sq Ft ) for $7,990. The concept was copied all over the United States and modern suburbia was born.

1950 : A major storm on the East Coast has caused a number of deaths and major flooding between New York and Boston with winds reaching 65 MPH.

1962 : JFK has warned unions to show responsible wage restraint or inflation could damage the US Economy the UAW was a big supporter for the JFK presidency.

1977 : Seattle Slew won the Kentucky Derby, the first of his Triple Crown victories for three-year-old thoroughbred horses. The Three Races for the Triple Crown in the US are (1) The Kentucky Derby, at Churchill Downs in Louisville, Kentucky; (2) The Preakness Stakes, at Pimlico Race Course in Baltimore, Maryland; (3) The Belmont Stakes, at Belmont Park in Elmont, New York.

1992 : The space shuttle Endeavour, was launched from Cape Canaveral, Florida.

Visit our 1925 Hats and Accessories Section 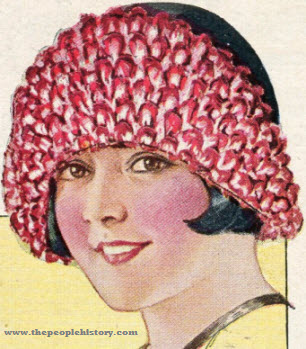 2001 : The Ministry of Agriculture (Maff) says it will press ahead with the slaughter of 1,600 cattle on two farms near Exmoor, after four new cases of foot-and-mouth confirmed around the village of Wiveliscombe, near Taunton. Maff officials are concerned that the disease could spread further into Exmoor itself and affect wild deer and the pony population.

2001 : Ronnie Biggs, one of the "Great Train Robbers" who had eluded capture and settled in Brazil following his prison escape in on July 8th 1965, voluntarily returned to Britain, where he was arrested and jailed to complete the 28 remaining years of his sentence. He is currently still in Norwich prison.

2006 : The British football club Arsenal played its last game at its ninety-three year old stadium and beat Wigan 4 to 2.

Michael Rosen is a British children's author and poet who has written 140 books. He served as Children's Laureate from June 2007 to June 2009 . His best known works include Wouldn't You Like to Know (a volume of children's poetry) and Michael Rosen's Sad Book (an illustrated book for young children on the topics of death and grief)

2008 : Twenty-nine people were arrested after a drug raid in California. Many of those arrested were students at San Diego State University and were members of fraternities involved in an organized drug ring. The police found firearms, large amounts of money, over four pounds of cocaine, and over fifty pounds of marijuana. The investigation was year-long and conducted by undercover drug enforcement administration agents.

2012 : A jury in the United States found major internet corporation Google to be guilty of violating Oracle's Java copyright. However, the jury was unable to decide whether or not the use of the Oracle's programming language fell under "fair use" in terms of copyright law.

The son of Evel Knievel, Robbie has forged a career on the same path. He rode in his first show when he was eight, and was performing jumps by the age of twelve. He left school in 1976 and has made a career of motorcycle jumps. His home site lists over 250 successful jumps and 20 world records. His promised jump of sixteen buses is still being arranged in London, and his desire to complete it is because of his father's inability to perform it.