1941 : Adolf Hitler's deputy, Rudolf Hess, parachuted into Scotland on what he claimed was a peace mission, he was captured by British forces and held by the British for the remainder of the war. In 1945 Rudolf Hess was taken before the Trial of the Major War Criminals during the Nuremberg Trials where he was found guilty of (1) Participation in a common plan or conspiracy for the accomplishment of crime against peace, (2) Planning, initiating and waging wars of aggression and other crimes against peace. He was sentenced to life imprisonment and committed to Spandau Prison where he died in 1987.After 1966 for the next 20 years Hess was the sole remaining inmate of Spandau Prison, because the Soviet Union would not allow leniency. His main companion was warden Eugene K. Bird, with whom he formed a close friendship. Bird wrote a 1974 book titled "The Loneliest Man in the World" about his relationship with Hess during the 30 years of his imprisonment.

1965 : Following three years of buying stock in Berkshire-Hathaway Warren Buffet gains a controlling interest in the company the shares were trading at less than $20.00 per share. Warren Buffet expands Berkshire-Hathaway into the insurance industry and other investments and as of the beginning of 2008 Class A shares were selling for over $150,000 per share making them the highest-priced shares on the New York Stock Exchange.

Known For : Fred Astaire was an American actor, dancer, singer, choreographer, and television presenter. He is widely considered the most influential dancer in the history of film. He Starred in 10 Broadway and West End musicals, made 31 musical films including Top Hat (1935), Swing Time (1936), and Shall We Dance (1937) Holiday Inn (1942), Easter Parade (1948) and The Band Wagon (1953) ,His stage and subsequent film and television careers spanned a total of 76 years

1940 : Germany and Italy begin the battle for France beginning on 10th May and ending on June 25th, at which point Germany put the non-democratic government collaborating with Germany, Vichy Government in control of the country. The battle of France was a major victory for the Axis Powers and part of the battle involved Dunkirk where British and Allied forces were separated from the main body of the French defenses by the German advance causing the evacuation of 192,226 British and 139,000 French soldiers who were rescued by a hastily assembled fleet of 860 boats which included fishing boats, pleasure craft and RNLI lifeboats.

2007: A fire breaks out in the hills north and west of the city of Avalon, Santa Catalina Island, California burning over 4000 acres and a number of buildings but the fire was bought under control before the city of Avalon was threatened. The fire bought back memories from the fire on the island which is only 22 miles long and eight miles wide at its greatest width in 1915 which destroyed half of the buildings on the Island including six hotels and several clubs.

1926 : With the general strike in England bringing the country to a standstill many believe that the bolshevists are behind the strike and have infiltrated British trade unions, the general strike is now in it's 8th day and many are hoping a compromise can be reached.

1929 : Following the success of the Graf Zeppelin Airship more are planned for purchase as a passenger line between Honolulu and Los Angeles at a cost of $1,000,000.

1933 : In Germany, Nazis start burning books considered to be un-German.

1940 : Winston Churchill becomes the leader of a coalition government after Prime Minister Neville Chamberlain said he was stepping aside following German forces invading Holland, Belgium and Luxembourg by air and land.

1946 : Winston Churchill has made a speech urging a United States of Europe including Germany as he believes this will help to create a common bond between Europeans and for future trade.

Known For : The singer-songwriter rose to popularity during the 1960s playing a unique mix of folk, psychedelic, pop, and rock music. He was originally popular amongst the British folk scene but gained mainstream success worldwide with hits like "Sunshine Superman," "Mellow Yellow," and "Hurdy Gurdy Man." Donovan faded in popularity during the 1970s and 1980s. During the 1990s he collaborated with well-known rap producer Rick Rubin on an album. He was inducted into the Rock and Roll Hall of Fame in 2012 and the Songwriters Hall of Fame in 2014. 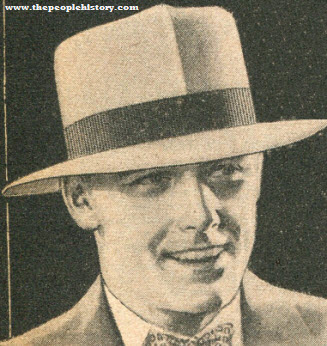 
The fine, closely woven extra quality genuine South American Panama Straw--the Optimo shape--and the contrasting black band has combined to produce a hat of quality and real distinctive style. Brim can be worn up or down. Genuine leather sweatband.

1964 : A new study has linked smoking to an increase in Heart Attack for the first time , the study shows that blood clots faster after smoking . The findings were announced by The American Cancer Society.

1967 : Two members of the Rolling Stones Mick Jagger and Keith Richards appear before magistrates in Chichester, West Sussex, charged with drug offences. Both plead not guilty and are released on bail to appear for trial at West Sussex Quarter Sessions on 22 June. On June 29th, Mick Jagger was found guilty of possession of amphetamines and Keith Richards was found guilty for allowing cannabis to be smoked in his home.

1970 : Vice President Agnew has accused the television networks of manufacturing the news for the sake of sensationalism with regards to the War in Vietnam ( how times have changed today the news stations are not allowed to show bodybags )

1990 : The People's Republic of China announces the release of 211 people arrested during the protests in Tiananmen Square in 1989.

Known For : A French football player. He has been retired since 2012 but he previously played as a winger or striker for a number of French teams, and Arsenal. He has been in the French national side (in Euro 2000 and the 2006 FIFA World Cup) for whom he has scored 26 goals.

1994 : The annular eclipse of the sun by the moon was visible in a number of cities in the United States.

1994 : The inauguration ceremony for South Africa's first black president Nelson Mandela takes place in the Union Buildings amphitheater in Pretoria attended by politicians and dignitaries from more than 140 countries around the world.

1998 : Sinn Fein leader Gerry Adams and other members of Sinn Fein, the political wing of the republican IRA, vote to accept the Good Friday peace agreement.

2005 : A federal bankruptcy judge approved United Airlines' plan for cancellation of its pension plan, the largest such default in U.S. corporate history.

2007 : Pope Benedict XVI began a trip to Brazil, marking the first visit to a Latin American country since he became the Pope in 2005.

2009 : A gas line exploded in the Russian capital of Moscow, creating a blast that set a building on fire. At least five people were injured as a result of the explosion, and the city had over thirty fire-fighting teams working on getting the blaze under control.

2010 : Iconic American singer Lena Horne passed away at the age of ninety-two. Horne, a prominent player during the civil rights era, became known as the first African-American sex-symbol and actively fought against racial discrimination during her singing and acting career, which lasted over sixty years.

2011 : Idriss Deby, the president of Chad, was re-elected for his fourth term with eighty-nine percent of the vote and a sixty-four percent voter turnout. Opposition leaders boycotted the vote saying that the country needed electoral reforms. Deby seized power in a military coup over twenty years before and changed Chad's constitution in 2004 to get rid of the two-term limit for presidents. Deby had also faced two attempted coups in recent history.

2012 : Vidal Sassoon, a pioneer in the hairdressing field, died of natural causes at the age of eighty-four in Los Angeles. Sassoon was known for creating short geometric haircuts and is the creator of the popular "bob" style cut. Sassoon hosted a list of celebrity clients and many of his cuts were shown off by the biggest fashionistas of the 1960s.

2013 : The prime minister of Turkey, Recep Tayyip Erdogan, stated that he had proof that Syria had been using chemical weapons against opposition forces. He had also said that the Turkish intelligence had come to the conclusion that the Syrian government had used at least two-hundred chemical missiles and there were missile remains and patients from Syria with chemical weapon wounds.