Hurricane Sandy devastates the US East Coast and kills around two-hundred people on the US Coast and in the Caribbean in October.

1. Hurricane Sandy began as a tropical storm in the Atlantic Ocean on October 22nd.

2. The storm became a hurricane on October 24th as it moved into the Caribbean Sea, hitting Jamaica, Cuba the next day, then the Bahamas another day later.

4. As a result of the storm, nearly 300 people died and over fifty billion dollars worth of damage was done.

5. Hurricane Sandy qualified as the second most costly hurricane in the history of the United States and was registered as a category 3 storm at its peak.

US President Barack Obama is re-elected for his second term after running against Republican opponent Mitt Romney.

2. Throughout 2012 the Republican field of candidates narrows down to Mitt Romney, Rick Santorum, Ron Paul and Newt Gingrich.

4. The Democratic National Convention takes place from September 4th to 6th, 2012 and incumbent President Barack Obama and vice president Joe Biden are formally chosen to represent the Democratic Party in the 2012 Presidential Election.

5. Other notable candidates during this election included Jill Stein of the Green Party and Gary Johnson of the Libertarian Party.

6. The first presidential debate was held on October 3rd and moderated by Jim Lehrer. Most polls indicated that Romney came out on top for this debate.

7. The vice-presidential debate was held on October 11th and moderated by Martha Raddatz. Most polls indicated that Biden did better than Ryan, but the results were close.

8. The second presidential debate was held on October 16th and moderated by Candy Crowley. Most polls showed that people thought Obama did better than Romney.

9. The third and final presidential debate was held on October 22nd and moderated by Bob Schieffer. Many of the polls stated that viewers believed President Obama came out on top in this final debate.

Twenty-year-old Adam Lanza attacked Sandy Hook Elementary School in Newton, Connecticut shooting and killing 26 people on December 14th, most of the victims were children. Lanza killed himself before he could be caught. The attack was recorded as the second deadliest mass shooting committed by a single gunman in US history and opened up further discussion on gun control and mental health.

Television shows like Homeland, The Voice, NCIS, Revolution, and Elementary are widely watched and discussed.

Popular movies released in 2012 include The Avengers, The Amazing Spider-Man, The Hobbit, The Dark Knight Rises, The Hunger Games, and Lincoln.

Whitney Houston, widely recognized as one of the greatest voices in history, dies in the bathtub of a hotel at the age of forty-eight after drowning due to a drug overdose on February 11th.

The end of the Mayan calendar, or the end of the world as some believed, is observed with little to no consequence.

2. Events were held throughout the Commonwealth for the duration of the year to celebrate the 60th Anniversary of her ascension to the throne.

3. Queen Elizabeth II and her husband toured around England for the Jubilee while her children and grandchildren toured the rest of the Commonwealth as her representatives.

5. The only other time a British monarch celebrated a Diamond Jubilee was in 1897 for Queen Victoria.

The space shuttle Endeavour has its final flight in September.

The Space Shuttle Endeavour has its final flight during September of 2012. The spacecraft flew on top of a modified 747 aircraft, touring across California for a four and a half hour flight before landing at the Los Angeles International Airport. The Space Shuttle Endeavour had 25 total missions and traveled about 123 million miles before its retirement from the shuttle program. After it landed it was carefully transported to its new permanent home at the California Science Center where it would be put on display.

The Diamond Jubilee of Queen Elizabeth II celebrating the 60th anniversary of her ascension to the throne in 1952 takes place, with celebrations throughout the year in the United Kingdom and around the world.

A gunman opens fire at a midnight screening of "The Dark Knight Rises" in Aurora, Colorado, killing twelve and injuring fifty-eight people on July 20th. The suspected shooter James Holmes was captured by police and his trial was scheduled for February of 2014.

The Summer Olympics are held in London, England from July 27th to August 12. The top three medal winning countries during the games were the United States, China and Great Britain. US Swimmer Michael Phelps became the most decorated Olympian of all time after bringing his medal count to twenty-two at these games.

Austrian Felix Baumgartner becomes the first person to break the sound barrier without mechanical assistance when he jumps over New Mexico on October 14th.

The film "Marvel's The Avengers" is released and becomes one of the highest-grossing films.

More Information for the Avengers Movie.

The popular film “Marvel’s The Avengers” premieres in Hollywood, California during April of 2012. The film was adapted from the comic books of the same name and written and directed by Joss Whedon. Actors Chris Evans, Chris Hemsworth, Samuel L. Jackson, Scarlett Johansson, Robert Downey Jr., Mark Ruffalo, Jeremey Renner, and Tom Hiddleston all played leading roles. The film was a tremendous success and became the third highest-grossing film of all time, making over one billion dollars in ticket sales alone. The Avengers was also nominated for an Academy Award for Best Achievement in Visual Effects.

Denmark's parliament overwhelmingly approved a law allowing same-sex marriage, the law also covered same-sex weddings in the Church of Denmark. The country was the first in the world to recognize same-sex civil partnerships in 1989 but had not made any mention of same-sex marriage.

The retired US Space Shuttle Endeavour has arrived at is final destination in a museum in Los Angeles after its journey was delayed due to trees, street lights, power lines and other such objects being in the way of its path.

China launched its latest space mission that would include the country's first woman astronaut. Liu Yang, a 33 year old military pilot, was a part of the crew aboard the Shenzou-9 capsule that would spend a week at the Tiangong space lab to test systems and conduct experiments.

Russia lifts a 26 year old ban on the importation of British beef and lamb after an agreement was made. It had been banned previously due to concerns over the initial BSE (Mad Cow Disease) outbreak in the country.

Earth observes the Transit of Venus, a rare astronomical event.

More Information and Timeline for the Transit of Venus

An extremely rare astronomical event called the “Transit of Venus” happens for the second and last time in this century. The event occurred when Venus passed across the front of the Sun, creating a visible shadow of the planet that could be seen on Earth. The event will not happen again until the year 2117 when it is unlikely that anyone living in 2012 would still be alive. The event took place over seven hours spanning across June 5th and 6th and it was visible across seven continents. 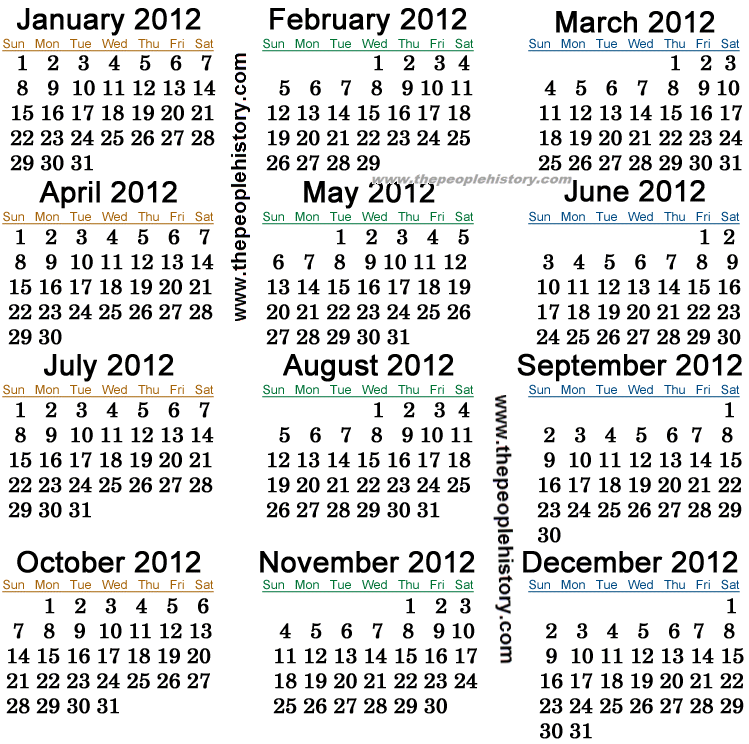 Facebook goes public and its initial stock offering was at $38.00 per share, the current price is $348.83 (Aug. 3rd, 2021). Initial investors were worried about the social media website's ability to make money and approached with caution, this forced Facebook to think of creative ways to monetize the company.

Neil Armstrong, the first man on the moon, dies at the age of eighty-two on August 5.

Park Geun-hye is elected as the first female president of South Korea on December 19th.

Vladimir Putin is elected president of Russia after previously serving as the Prime Minister, his election is met with some protest.

Hugo Chavez is re-elected as the president of Venezuela, however his failing health prevents him from leading as he undergoes several surgeries and he dies in early 2013.