1937 : King George VI was crowned at Westminster Abbey. King George was second in line to the throne but following his younger brother Edward who abdicated so he could marry American socialite Wallis Simpson he became King. King George's wife was the much loved Elizabeth Bowes-Lyon much better known as "Queen Elizabeth, The Queen Mother", who died at the grand old age of 102 on March 30th 2002. Their oldest daughter Queen Elizabeth is current Queen of England.

1932 : The Baby son kidnapped from Charles Lindbergh was found dead just miles away from the Lindbergh home today.

1966 : Hundreds of thousands of College and University Students are preparing to sit the Draft Deferment Test , The test is a way for them to convince the Draft Board that they would serve the nation better in the quiet of the Classrooms than in the Jungles of Vietnam.

2008 : An Earthquake measuring 7.8 strikes near Chengdu, Sichuan's provincial capital in south western China. Early reports indicate primary school buildings collapsed in the Chongqing area leaving hundreds of children buried in the rubble. As the full scale of the destruction caused by the largest earthquake in China for many years become known, the death toll is expected to reach 60,000 and up to five million Chinese are now homeless. Video shot by students during the earthquake.

1926 : The British general strike ends with no changes for working conditions or wages for the miners.

Born This Day In History 12th May

Known For : An American communist that was executed in 1953 for espionage. He was charged with passing details of the atomic bomb to the Soviet Union. He, and his wife Ethel, had made notes on the Manhattan Project since 1944, and unlike some of the other Soviet spies they never admitted to their guilt (under the Fifth Amendment). They were executed by electric chair.

1935 : The Polish dictator Joseph Pilsudski has died and thousands mourn in Poland meanwhile the rest of Europe are wondering how the passing of this strong man will effect alliances in Europe.

1949 : After blocking all road traffic into West Berlin for 11 months after diplomatic meetings around the world the Soviet Union has lifted the blockade of road and rail links. The Blockade of West Berlin had been broken by a U.S. / British airlift of vital supplies to West Berlin's two million citizens.

1973 : The Pentagon Papers trial which was focused on THE FIRST AMENDMENT and The Governments Authority to control information and the Public's access to that information has now ended and with a verdict of NOT GUILTY for the defendants Daniel Ellsburg and Anthony J Russo Jr , but many of the answers given by defendants and testimony by witnesses raise many more questions concerning the Watergate Affair. ( This eventually led to Impeachment proceedings against President Nixon ) Daniel Ellsberg was a contributor but gave most of the Pentagon Papers to New York Times reporter Neil Sheehan, with Ellsberg's friend Anthony Russo assisting in their copying.

1981 : Following the death of Bobby Sands on May 5th a second IRA hunger striker, 25-year-old Francis Hughes, starves to death in the Maze Prison in Northern Ireland. 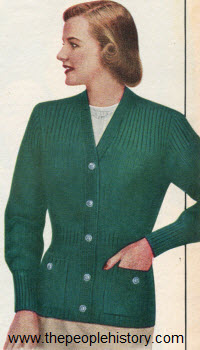 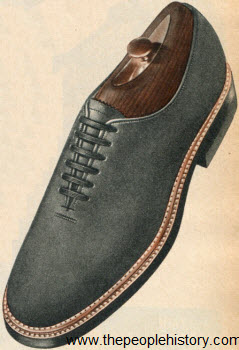 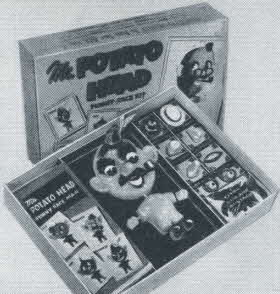 1987 : A forest fire that had spread quickly in Mohe County of the Heilongjiang Province now covers 2,000 square miles with 100 dead. The fire eventually burned two and a half million acres of land with 50,000 people losing their homes. and 193 people dead.

1994 : A bill has been sent to President Clinton making it a Federal Crime to block access to an abortion clinic or to use force or threats against people using these facilities. This is in response to over 1000 acts of violence at these facilities in the last 20 years.

Born This Day In History 12th May

Known For : George Carlin was a well-known popular stand-up comedian from the United States. He got his start in show business as a disc jockey for a radio station during the late Fifties. He formed a comedy team with fellow DJ Jack Burns and after several successful shows, Carlin headed to California in 1960 to pursue a career in comedy. During the 1960s he made several appearances on variety shows and in 1967 he recorded his debut solo comedy album "Take-Offs and Put-Ons." He was a common performer and guest host on the Tonight Show for both Jack Paar and Johnny Carson. In the 1970s Carlin underwent a makeover changing from a clean cut image in a suit to someone who represented the counter-culture with longer hair and more casual clothes. During this time he also began performing his most well-known bit about the "seven dirty words," for which he was arrested and involved in a Supreme Court case. Carlin continued performing and recording throughout the rest of his career as well as making appearances in films and television. Carlin also wrote several books including an autobiography that was published the year after his death.

2006 : Dozens of people are killed by an explosion at an oil pipeline near Lagos, Nigeria. The explosion occurred on Atlas Creek Island and incinerated nearly everything around the site of the blast leaving many bodies burnt beyond recognition.

2008 : An earthquake with a magnitude of 7.8 struck the Sichuan province of China killing thousands of people. The quake left almost 90,000 people either missing or dead and injuring many more. In some places, nearly all buildings in the area had been destroyed.

2010 : The "Top Hat" dome is placed near the site of the BP oil spill in the Gulf of Mexico. The top hat shaped container dome was the second attempt at placing a container over the leak after the first attempt failed. The second dome was much smaller than the first, the first failed when it became blocked. Officials stated it could take a week to place the new dome over the actual leak and get it to work.

2013 : Nineteen people were injured after a shooting occurred during a Mother's Day parade in New Orleans, Louisiana. Two children were among those injured. Three suspects fled the scene and authorities stated they believe the shooting was related to street violence and not terrorism.