1938 : "When the Saints Go Marching In" was recorded by Louis Armstrong and his Orchestra. Though the song was first written to be a spiritual song, many jazz and folk artists have adopted it and made it very popular throughout the years.

1985 : Philadelphia Police Department drop a bomb containing C-4 and Tovex from a helicopter onto MOVE's residence part of a row of tenements on Osage Avenue, the explosion started an uncontrolled fire and as a result, 53 houses burned and 240 people were left homeless. John Africa, six other adults and four children, who were living in the MOVE Cult Home died in the resulting fire. Police were attempting to enforce outstanding arrest warrants for four members of the group by blowing up tactical bunkers constructed by MOVE on the roof and had evacuated people from their Osage Avenue homes in order to prepare for an operation against MOVE. MOVE was a mostly black group whose members all adopted the surname Africa, advocated a 'back-to-nature' lifestyle and preached against technology.

1981 : Pope John Paul II, is shot in St Peter's Square in Rome in front of 20,000 worshipers. Police in the square apprehended Turkish citizen Mehmet Ali Agca after the shooting.

1939 : The Italian leader Benito Mussolini and German Leader Adolf Hitler are planning tours of borders with France and the border between Tunisia and Libya together with Poland. The Italian Leader is expected to give an anti-french speech in the next 2 days over the disputed areas Italy believes should be Italian and not French controlled offering a last chance for France to come to a peaceful settlement over Italian territorial claims.

Born This Day In History 13th May

1940 : Queen Wilhelmina of the Netherlands safely arrived in England as a refuge from the invading Nazi Germany.

1940 : Following Winston Churchill becoming leader of the British Coalition Government in his first speech as prime minister he told the British House of Commons "I have nothing to offer but blood, toil, tears and sweat."

1947 : In Germany calls have been made for urgent assistance in the American Zone and the British Zone as residents in both areas are now suffering with severe shortages of food which is causing mass starvation, this is in turn causing antagonism and resentment to America and England.

1960 : A Summit scheduled for tomorrow with the 4 most powerful leaders who have a vested interest in the future of Germany is focused on how to proceed in Germany , the Russians want recognition of East Germany and an end to the cold war and disarmament. The 4 leaders who will be attending are Eisenhower, Macmillan, Khrushchev and de Gaulle. This is also seen by many as a showdown between Eisenhower and Khrushchev over the American U2 spy plane shot down in Russian Airspace on the May 1. Each of these leaders is expressing the same desires to end the Cold War, nuclear disarmament and an end to the build up military forces.

Born This Day In History 13th May

Known For : Daphne du Maurier wrote The Loving Spirit (1931), Jamaica Inn (1936) and Rebecca (1938). Many of her books that were set in Cornwall, but Rebecca remains her most prominent. She was educated by governors in England, before being sent to finishing school in Paris. Her work was, at the time, seen as very romantic. She was made a Dame in 1969.

1968 : 800,000 teachers, workers and student protesters marched through the French capital during a one day general strike demanding the fall of the government under Charles de Gaulle and to protest police brutality during the riots of the past few days. The strike spread all across France until around 10 million workers had downed tools and paralyzed the nation for nearly two weeks. Following concerns by the government Charles de Gaulle called an election for the end of June resulting in his party winning by a huge majority.

1988 : Iraq bombed and destroyed 2 of the worlds largest supertankers in the Southern Persian Golf loading oil in the Iranian offshore loading terminal of Larak. This is seen as a further escalation of the 7 1/2 year war between Iraq and Iran.

2000 : A warehouse in Enschede storing fireworks starts on fire and causes over 170 tons of fireworks to explode with devastating results killing more than 20 and injuring nearly 1,000, the explosion was so bad over 400 homes were completely destroyed and more than 1,000 other homes severely damaged.

2005 : Pope Benedict XVI announced that the Vatican will begin the process of beatification for the late Pope John Paul II, the first step in achieving sainthood. The current Pope went against convention by beginning to beatify John Paul II so soon after his death, normally there is a period of five years after a person's death before the process begins. However, Pope Benedict XVI waited just over a month after his death to begin the process of beatification.

2006 : Attacks organized by the crime syndicate PCC against police stations, justice forums, buses and inside prisons continues from the night before. The attacks are in retaliation for police crackdown on organised crime in São Paulo after 40 police are killed by gang violence. The attacks and retaliation by police continued for 4 days during which time 150 from both sides of the law die. 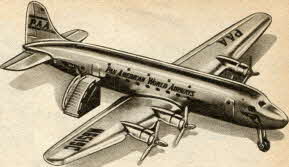 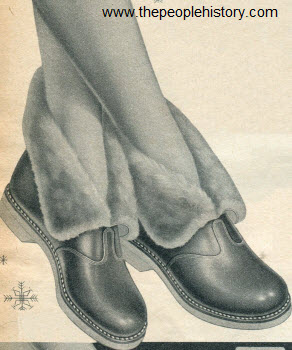 2008 : The unconventional pop artist, Robert Rauschenberg, died at the age of 82 in the US state of Florida. The artist was known for using household items and other unconventional art mediums in his paintings and sculptures and rose to fame in the 1950s. He was also known as a choreographer and had won a Grammy for "best album package" in 1984.

2010 : Police arrested thirty-three people as they uncovered a drug smuggling operation running out of a convent in Piacenza, Italy, near Milan. The smugglers arranged pilgrimages to South America, in which the "pilgrims" would smuggle cocaine in their prayer books. The police found over sixty pounds of cocaine at a house nearby and stated that the nuns at the convent were unaware of the drug ring.

2012 : Police in Monterrey, Mexico found forty-nine mutilated bodies of people who were believed to be victims of drug gangs. There were forty-three men and six women, all of the bodies were decapitated with their hands cut off to make it more difficult for police to identify them. The increase in the violence of drug gangs in the country began when President Calderon deployed the army to help combat the drug cartels.

2013 : A roadside bomb set off in the Kandahar province killed ten Afghan civilians. Victims included women and children and another twelve people were reported injured. No group claimed responsibility for the attack.