1963 : More than 200,000 people gather for a peaceful civil rights rally on the steps of the Lincoln Memorial in Washington, and Martin Luther King, Jr. makes one of the most well known and quoted speeches in Modern Day History saying the immortal words " I have a dream that my four children will one day live in a nation where they will not be judged by the color of their skin but by the content of their character" to the peaceful demonstrators black and white, poor and rich who had came together in the nation's capital to demand voting rights and equal opportunity for African Americans and to appeal for an end to racial segregation and discrimination. Find More What happened in 1963. In October 1964, Martin Luther King, Jr., was awarded the Nobel Peace Prize. On April 4th, 1968, he was shot to death while standing on a motel balcony in Memphis, Tennessee.

1923 : In the ever increasing fight against speeding drivers new laws have been implemented in many states that allow the magistrates to put the car in store for periods of time which depends on the severity of the speeding offence and if the motorist is a repeat offender, also due to the increase in accidents by speeders some are being sentenced to farm labor.

1928 : Ten world famous feminist leaders stormed the gates of the presidential palace demanding equal rights, they were carried kicking and struggling off to jail by the local gendarmes. Find out more What Happened in 1928.

1937 : Japanese warships and aircraft with machine guns and bombs are raging war on women and children in Shanghai including bombing and strafing railway carriages with schoolchildren, the rest of the world is protesting deeply but the Japanese are taking no notice and continue their war on civilians.

1955 : Emmett Till, a black fourteen year old teenager from Chicago, is abducted from his uncle's home in Money, Mississippi after he was accused of disrespect to a local store owner Carolyn Bryant. He was found three days later, he had been badly beaten and his eye had been gouged out, before he was shot through the head and thrown into the Tallahatchie River. 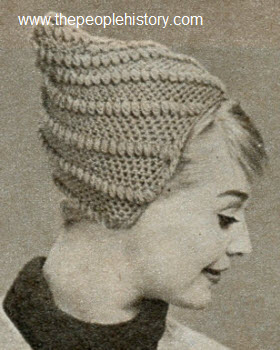 1968 : At the democratic convention in Chicago 10's of thousands of Anti-Vietnam war protesters battle police in the streets. The mayor of Chicago Richard Daley calls in 15,000 state and federal officers together with Chicago 12,000 officers to control the streets. As the situation worsened Television Cameras were on hand as Police used tear gas and were beating the protesters including innocent newsmen and doctors who had come to aid the injured . The backlash from these happenings shown on news programs throughout the country caused a swell of the ordinary American to question what America was doing in Vietnam if that was how they treated their own citizens.

1978 : The new Pope has been elected by Cardinals, he is Pope John Paul I and in his first action has pledged to follow in the footsteps of Pope Paul VI.

1985 : An East German couple (Reinhard and Sonja Schulze) have appeared before Horseferry Road magistrates court in London charged under the Official Secrets Act.

1989 : The continued fighting in South African townships protesting against the white Apartheid Regime continues to bring more deaths on a daily basis and it is believed over 2,500 have died since this series on troubles began.

1994 : Following a change in Sunday Trading Laws passed, thousands of shops throughout England and Wales have opened legally. Hundreds of thousands of shops were open before but always took the chance of being prosecuted under the 1950 Shops Act. This will affect a few of the largest department store chains who have not opened due to the old laws including Marks and Spencer and the House of Fraser chain of department stores.

1996 : After four years of separation, Charles, Prince of Wales and his wife, Princess Diana, formally divorce.

Born: Thomas Jacob Black August28th 1969 Santa Monica, California, U.S. Known For : Jack Black best known as a comedian and actor , and remembered for his roles in The Cable Guy, School of Rock and the rock comedy band Tenacious D. and the movie Tenacious D in The Pick of Destiny. He is married to Tanya Haden and they have 2 boys.

Born: Eilleen Regina Edwards 2August 8 1965 Windsor, Ontario, Canada Known For : Shania Twain best known as a Country and Pop singer who has achieved success on both charts Country and Pop in the US, Canada and around the world since 1993. Her best known singles "What Made You Say That" 1993, "Love Gets Me Every Time" 1995, "You're Still the One" and "From This Moment On" 1998, "Forever and for Always" 2003 and "Party for Two" 2005. She has also had 3 number 1 albums in the US, Canada and the UK. In addition to her success in the charts she has received multiple Country Music Awards including Songwriter Awards and Female Country Artist. She currently lives in Switzerland and on a large sheep station in New Zealand.

2002 : WorldCom executives Scott Sulivan and Buford Yates Jr. are indicted on charges of criminal fraud in connection with the company's collapse.

August 28th, 2002 : Two more deaths have been recorded from this years attack of West Nile encephalitis an inflammation of the brain caused by the West Nile Virus which is spread by mosquito's, the virus is having it's worst year with 425 reported cases in the US.

August 28th, 2007 : The first president with an Islamist background to be elected in Turkey since the creation of the Turkish Republic in 1923 was sworn into office on this day. His election came amid concerns that his religious background would influence his politics disrupting Turkey’s strongly secular government.

2011 : Hurricane Irene hit the Eastern coast of the United States causing damage and flooding to many areas along the coast including New York City. Many citizens were ordered to evacuate the area prior to the storm and the storm claimed several lives.

2012 : The Republican National Convention officially choose Mitt Romney as their presidential candidate after beginning the nomination process. The convention will consist of speeches by popular voices in the party and discussion on the party's platform for the upcoming election.

2013 : Eleven people died after a building collapsed in Vadodara, India. The three-floor residential building was home to about twelve families and many more are believed to be trapped in the debris.