1959 : The first "Austin Mini 7" called an Austin Seven from the British Motor Corporation (Sir Alec Issigonis) goes on sale for £497 (first shown on August 14) making it one of the cheapest saloon cars available in answer to the fuel shortage and petrol rationing caused by the Suez Canal crisis in 1956. The car had a four-cylinder water-cooled transverse mounted 850 cc engine, four speed gearbox and front wheel drive, because of the design and suspension the ride was hard but the handling was legendary for a cheap non-sports car. The name Mini was not used on the cars until 1962 as the press and the public had already renamed the car. The most popular British-made car ever gained (5.4 million sold) in popularity as it was featured in movies, driven by trendy pop stars and movie celebrities and had considerable success as a rally car winning the Monte Carlo Rally in 1964/1965 and 1967. Find More What happened in 1959.

1923 : Seven pirates who attacked a British Rum Schooner killing the captain and cook are being sought by British and US authorities.

1937 : The US refugee ship the SS President Hoover was bombed by Chinese aircraft while trying to remove Americans from the Shanghai district of China. US destroyers are steaming to the area but in the meantime British warships are guarding the vessel from further attacks.

Button Detail High Boot
Price: $13.70
Description Have a flair for the dramatic? This high-stepper with buttery-soft glove leather uppers reaches to just below your knee, about fourteen inches. Easy to slip on with ankle zipper and elastic loops. Orlon acrylic pile lining. One inch stacked heel and composition sole. Comes in white or black.

1945 : General MacArthur landed today in Japan today with 18,150 occupation forces where he will based in Yokohama.

1951 : A native American soldier killed in the war in Korea was refused a burial in a cemetery in Winnebago, Nebraska on the grounds of race. The president of the United States President Truman heard about this travesty of justice and offered the widow a plot in Arlington National Cemetery, stating no person should be refused a burial based on race, creed or color.

1963 : Following the capabilities of both sides having enough Nuclear Capability to destroy each other and the rest of the world (the United States and the Soviet Union) set up a 24 hour a day direct line between Moscow and Washington to prevent the possibility of an accidental war.

August 30th, 1978 : The Turin shroud believed to be the Jesus Christs Burial Cloth has gone on show for only the third time this century and 160,000 pilgrims have so far flocked to view it, the new pope had planned to visit but concerns over the increased crowds due to the papal visit may not allow the Pontiff to visit.

1980 : After two months of fighting with communist leaders, striking Polish workers led by Lech Walesa have won the right to form independent trade unions and the right to strike. The agreement by the communist government comes after industrial unrest for the last 2 months and the looming possibility of a threatened nationwide general strike scheduled for the following week.

August 30th, 1982 : Following the invasion by Israeli forces 3 months ago in an attempt to wipe out Palestinian guerrilla bases which have threatened and attacked Israel, the leader of the Palestine Liberation Organization (PLO) Yasser Arafat has been forced to abandon his Beirut headquarters.

1989 : Leona Helmsley the billionaire New York City hotel operator and real estate investor is convicted and sentenced to 16 years in prison. Later most charges were dropped and she served served 18 months in federal prison.

1 count of conspiracy to defraud the United States, 3 counts of tax evasion, 3 counts of filing false personal tax returns, 10 counts of mail fraud She is best known for a quote to a former housekeeper Elizabeth Baum when asked about her taxes "We don't pay taxes. Only the little people pay taxes."

Born: 30th August 1930 Omaha, Nebraska, U.S. Known For : Warren Buffett best known as an investor, businessman and the creator and the largest shareholder and C.E.O. of Berkshire Hathaway, In 2008 he was was ranked by Forbes as the richest person in the world and in 2007 he was listed among Time's 100 Most Influential People in the world. This is not a world Political leader or a pop star or Actor/Actress but an investment guru who is asked for advice by world leaders because of his uncanny way of understanding the bigger picture. Like many men who have been successful in business he is now also known as a philanthropist who has committed to give over 80% of the wealth he has accumulated including 10 million Berkshire Hathaway Class B shares to the Bill & Melinda Gates Foundation. (If you have not read his biography "The Snowball: Warren Buffett and the Business of Life" which came out in 2008, it is well worth a read. Not to understand how to get rich, more to understand the man and the driving force behind his success.)

Born: Cameron Michelle Diaz 30th August 1972 San Diego, California, U.S. Known For : Cameron Diaz began her career at 16 yrs old as a fashion model working for fashion designers such as Calvin Klein and Levi's. When she reached the age of 21 she decided to enter the world of acting and after a number of minor roles during which time learning the craft, she achieved success in My Best Friend's Wedding, There's Something About Mary, Being John Malkovich, Vanilla Sky and Gangs of New York. She is also the voice of Princess Fiona in the Shrek series of movies.

August 30th, 2000 : Jeffrey Schilling an American has been taken hostage by the Terrorist Group Abu Sayyaf an Islamic separatist group who are fighting for an separate Islamic state in a predominantly Catholic Philippines. The group have only just released six other hostages this week for a reported $6m ransom. Jeffrey Schilling escaped from the terrorist hide out 7 months later with no ransom paid.

2001 : The new Euro currency which will come into operation next year is formally introduced and shown to the press in Frankfurt, Germany prior to it's legal tender status from January next year.

2005 : 24 hrs after Hurricane Katrina (More Katrina) hit New Orleans 80% of the area flooded with up to 15 feet of water and the rescue operation continues with rescuers in helicopters and boats picking up hundreds of stranded people from roof tops. Between 20,000 and 25,000 people are inside the Louisiana Superdome which was designated "as a refuge of last resort". Looting spreads throughout the city, even in broad daylight and in the presence of police officers.

2008 : Italy and Libya reached an agreement in which Italy would pay a total of $5 billion to Libya over arguments dating back the colonial-era. The deal would take twenty-five years to complete by making annual payments of $200 million of investments in infrastructure.

2009 : Yukio Hatoyama and the Democratic Party swept Japan’s elections. The party and new leader gained control over the control after nearly 48 years of constant control by the Liberal Democrat party.

2012 : The Paralympic Games were officially opened by the Queen after the commencement of a spectacular ceremony in London. The opening ceremony featured Professor Stephen Hawking and Sir Ian McKellen and saw another 3,000 volunteers participate. The 2012 London Paralympics ended on September 9th. 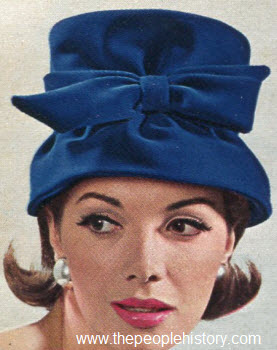