2005 : Hurricane Katrina a Category 5 Storm with sustained winds of 145 MPH and gusts reaching 175 MPH is the most destructive hurricane ever to hit the United States. The storm caused massive devastation in and around the city of New Orleans with some of the worst problems caused when storm surges overwhelmed the city’s levees, flooding 80 percent of the city. Many questions were asked about the federal governments slow response to the people of New Orleans when compared with the response to earlier hurricanes in Florida. Timeline For Hurricane Katrina Events was the most costly natural disaster in American history, with damages of more than $80 billion. In all, more than 1,800 people died and despite efforts to rebuild the city, large parts of New Orleans still remain heavily damaged and many thousands have left the area and are unlikely to return . Find More What happened in 2005.

1923 : In New York City a laundryman who was being bullied and blackmailed by the leader of the Dropper Gang Jak Kaplan took the law into his own hands when he shot and killed the notorious gangster chief. The police in New York have been trying to fasten some crime on Kaplan for the last 6 months have been saved the trouble by one of his victims who many see as a hero.

1928 : A severe hurricane in Haiti has left many thousands starving as nearly all local crops were destroyed during the hurricane. The famine is now affecting nearly 100,000 men, women and children.

1945 : Predictions for traffic this coming Labor Day Weekend are predicted to be extremely high due to the restrictions on Gasoline sales having been lifted. 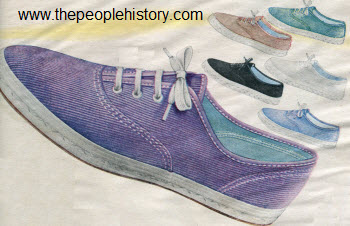 1949 : The Soviet Union test their first atomic bomb, it was near copy of the United States Fat Man bomb with a yield of 21 kilotons, making the Soviet Union the world's second nuclear power. The world was not fully informed until September 23rd nearly one month later.

1965 : Gemini V returns to Earth bringing the two American astronauts Charles Conrad, and Gordon Cooper, back to Earth after having spent over a week orbiting the earth three days more than any previous missions to space.

1966 : The Beatles play their final tour date, at Candlestick Park in San Francisco.

1974 : Windsor Free Festival ends when police clash with fans on the final day of the concert, arresting over 200 with charges ranging from breach of the peace to drugs offences. The 1974 festival was the last of the free festivals at Windsor Great Park held in 1972, 1973 and 1974.

1983 : The increase in the number of Aids cases in the United States could be as high as 20,000 if the spread of the disease continues at it's current rate . The Aids virus is new to this country with 2,094 reported cases as of today, and currently nobody is sure where it started but believe possibly in Africa, Haiti or Japan.

1992 : While Bosnia sinks into the worst cases of crimes against humanity since the second world war, the rest of the world each looks to the other to provide the leadership needed to protect the innocents. Over 8000 have been slaughtered since April and 1.5 million driven from their homes in Ethnic cleansing by the Serbs.

August 29th, 1998 : A strike by pilots of Northwest Airlines has left 70,000 passengers stranded around the United States and the pilots have said they are prepared for long term action in support of their 15% pay rise. The main airports affected are the Northwest hubs at Minneapolis, Detroit and Memphis but all passengers using Northwest including international travellers are also affected.

2002 : The rapper Eminem scoops 4 awards including "Video of the Year: Without Meat" at the US MTV Video Music Awards.

August 29th, 2003 : A car bomb has been detonated close to a mosque in the holy city of Najaf killing 80 and injuring a further 100, among those killed was Ayatollah Hakim a leading Shia Muslim politician.

2004 : The 2004 Summer Olympics end with a spectacular closing ceremony watched by millions around the world as the Olympic Torch is extinguished and passed to China for the 2008 Beijing Games.

August 29th, 2006 : Iranian president Mahmoud Ahmadinejad challenged United States president George W. Bush to an uncensored televised debate. The White House declined his invitation dismissing it as a distraction from the concerns over Iran’s nuclear program. Ahmadinejad stated that an open debate would allow the rest of the world to see Iran’s viewpoints.

2006 : Warren Steed Jeffs is arrested in Nevada by a local patrol officer, Warren Jeffs was on the FBI's Ten Most Wanted List due to his involvement for alleged arrangement of extralegal marriages between his adult male followers and underage girls. He was the leader of the controversial polygamist sect known as the Fundamentalist Church of Jesus Christ of Latter Day Saints and in November 20th, 2007 he was found guilty of multiple charges and sentenced to 10 years to life imprisonment.

2007 : A statue of the former South African president Nelson Mandela was unveiled in Parliament Square in London, England. Mandela and his wife were present for the unveiling and spoke to the crowds that gathered to witness the unveiling.

2008 : Iran and Nigeria formed a deal in which Iran would share nuclear technology with Nigeria in order to help the country produce more electricity.

August 29th, 2009 : After an autopsy the Los Angles Coroner’s office ruled that the manner of pop star Michael Jackson’s death was homicide. The official cause of death was declared to be acute intoxication caused by the drug Propofol.

Born: August 29th 1915 Stockholm, Sweden Died: August 29th 1982 London, England, UK Known For : Ingrid Bergman a Swedish born actress who takes you back to the times of some of the great Hollywood movies including For Whom the Bell Tolls starring opposite Gary Cooper, Gaslight with Charles Boyer, Joan of Arc, Spellbound, Notorious and Ilsa Lund in Casablanca with Humphrey Bogart. During her career she won Academy Awards/Oscars and Golden Globe Awards for Best Actress and is ranked as the fourth greatest female star of American cinema of all time by the American Film Institute behind the other greats Katharine Hepburn, Bette Davis and Audrey Hepburn.

Born: Richard Samuel Attenborough August 29 1923 Cambridge, England Died: August 24 2014 London, England, UK Known For : Richard Attenborough English actor, director, producer the brother to Sir David Attenborough well known naturalist and wildlife filmmaker. Richard Attenborough began as an actor in movies In Which We Serve, The Great Escape, Doctor Dolittle, Jurassic Park, and Miracle on 34th Street. Some of the movies he directed or produced include Gandhi, Oh! What a Lovely War, A Bridge Too Far and Shadowlands. Early in his career he also acted on the stage including starring as one of the original cast members in Agatha Christie's The Mousetrap.

Born: Michael Joseph Jackson August 29 1958 Gary, Indiana, U.S. Died: June 25th 2009 Los Angeles, California, U.S Known For : Michael Jackson known for Singer, songwriter, dancer, choreographer and record producer and dubbed as The “King of Pop.” He started his career as a member of The Jackson 5 (Jackie, Tito, Jermaine, Marlon and Michael) in 1964. They went on to have a string of hits beginning in 1969 after signing for Motown including "ABC," "I'll Be There," and "Never Can Say Goodbye." In 1971, he began his solo career starting with his first album in 1972 "Got to Be There", his next major success was after signing with Epic and the album "Off the Wall" and then came one major success after another with "Thriller," "Bad," and "Dangerous" in 1991. The album Thriller remains the best-selling album of all time and is unlikely to ever be topped due to the way music is sold and distributed. Very few people would ever dispute his talent as a singer/songwriter but questions over his private life including plastic surgery, accusations over Child Molestation, the nature of his death and his sometimes bizarre behavior should not take away from the achievements and his talent as both a singer/songwriter and entertainer who changed the face of music for a generation.

2011 : Seven passengers were injured when a Gulf Air plane skidded off the runway when landing at Kochi airport in India. Officials stated that the plane arriving from Bahrain narrowly avoided a worse fate by stopping in the mud only thirty meters away from a wall.

2011 : Following Extreme drought conditions during the summer Texas freshwater lakes are a fraction of their usual water levels with the state's reservoirs to be at only 68% capacity.

2012 : A man in his thirties suffered injuries on his abdomen and right arm after being attacked by a shark in waters near Western Australia. Other surfers dragged the man from the water and he was taken to a hospital and was reported in stable condition. Authorities were unable to identify what kind of shark attacked.

August 29th, 2013 : Hundreds of fast food workers went on strike in several US cities demanding an increase of wages to about $15.00 an hour, nearly double what most employees at fast food chains earn. Many of the protesters are also wanting the right to unionized without any interference from their employers. 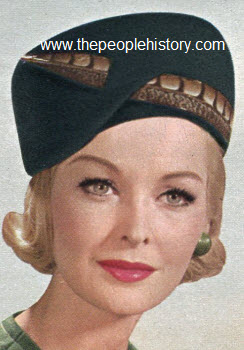 Feather and Felt Pillbox
Price: $5.97
Description Pillbox hat made with fur felt. It has a large feather accent across the front. Hat comes in black, coffee brown, off-white or sapphire medium blue.