1985 : A joint U.S. / French expedition locates the wreck of the RMS Titanic the British luxury liner that struck an iceberg and sank in 1912 with the loss of 1,513 lives. 400 miles east of Newfoundland in the North Atlantic.

1914 : St. Petersburg the capital of the Russian empire, changed its name to Petrograd.

1923 : The Great Kanto earthquake struck Tokyo and Yokohama, on the main island of Honshu killing around 100,000 people.

1928 : At 1:00 p.m. groups of Boy Scouts placed approximately 2,400 concrete markers at sites along the Lincoln Highway to officially mark and dedicate it to the memory of Abraham Lincoln.

1932 : The New York City Mayor James Walker who had been the Mayor since being elected in 1926 is forced to resign following charges of graft and corruption in his administration. 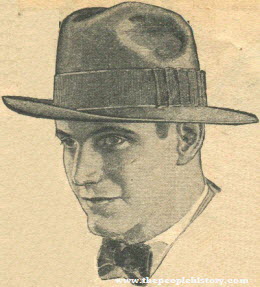 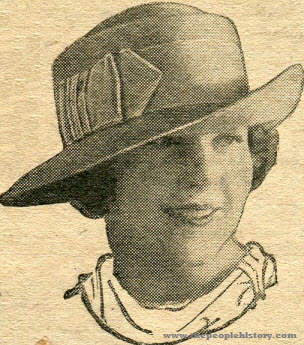 1939 : German troops invade Poland by sending in 1.5 million troops at the same time the German Luftwaffe bombed Polish airfields. The attack came without any declaration of war by Germany. Great Britain and France sent Hitler an ultimatum to either withdraw German forces from Poland or face the two nations in war and Two days later Britain and France declared war on Germany.

1943 : Both Prime Minister Winston Churchill and President Roosevelt have been to Canada in the last week and are now scheduled for further talks as the Axis powers start to crumble, the war is now entering it's 5th year since Germany invaded Poland in 1939. They both thanked Canada for their efforts in the war but warn we have come so far and must not be downhearted as the end is in sight.

1943 : Large fleets of British bombers used block busters and incendiary devices in a major attack on Berlin last night reigning fire and exploding steel in the 76th bombing attack on the city.

1954 : Hurricane Carol landed on the shores of the North Eastern states with winds in excess of 105 MPH causing widespread damage and taking 35 lives in Massachusetts, Connecticut and Rhode Island. The area has not seen a storm of this ferocity since 1938.

1960 : The new Betting and Gaming Act has been passed which will bring into force legalized betting shops on British High Streets and will come into law from May 1st next year. The new law which will allow anyone old enough to walk into a betting shop and place a bet on British horse racing. Ladbrooks quickly asserts dominance becoming the largest chain.

1965 : China is launching an official protest to the British government for allowing US forces to be based in Hong Kong as part of the U.S. military force against North Vietnam.

1969 : A group of military officers, led by Muammar Gaddafi, have seized power in Libya declaring the country to be a republic deposing King Idris.

1972 : American Bobby Fischer becomes the World Chess Champion in Reykjavik, Iceland, defeating Boris Spassky of the Soviet Union. He had become the youngest United States Junior Chess Champion at 13 years old followed by the US championship at age 14 and many consider him to be one of the greatest natural talent Chess Players ever.

1976 : Following the success of Communist North Vietnam, Australia a country the size of the continental U.S. with a population less than Greater New York is looking to America for it's defense and protection. 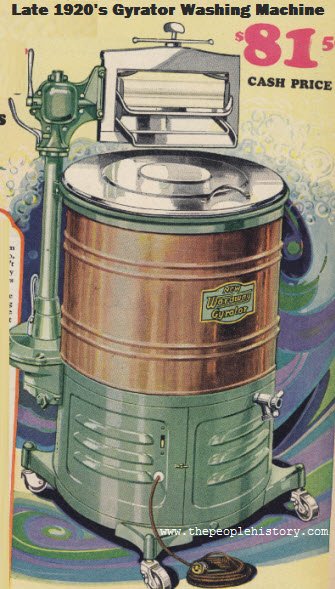 1976 : As the water shortages worsen due to the lack of rainfall, and the driest 16-month period since records began. Water standpipes are being erected in parts of the country where water reservoirs are at their lowest level. Some area's of the country water authorities have begun turning off water for as long as 6 hours per day and companies are facing limits on the amount of water they can use (up to 50% of normal) in an attempt to preserve supplies until the rain comes.

1989 : New car safety legislation required all newly manufactured cars to install an air bag on the driver's side.

1989 : Toyota launches new luxury cars as a new brand the Lexus hoping to compete with other major luxury car makers around the world.

1997 : Investigators into the car accident that killed Princess Diana have revealed that the driver Henri Paul was drunk and speeding at close to 120 mph when the accident happened in the Place d'Alma underpass in Paris on August 31st.

1999 : Ty Warner toys announces on their website that on December 31st Beanie Babies will be retired. Together with the announcement a small pint-sized black bear, called 'The End' is announced. Following continued consumer demand Ty Warner changes his mind and Beanie Babies are still made to this day.

2000 : The FBI arrest Mark Jakob who has perpetuated a new type of financial fraud via the Internet. Mark Jakob had put out a fake press release claiming that the Emulex company's chief executive had resigned and that it had inflated its previous earnings. The result was a drop in stock value of 60% knocking $2.5bn off Emulex market capitalization value.

2001 : 100 more asylum seekers are captured in the Eurotunnel compound at Coquelle prior to their attempt to illegally enter the UK, this is the third such attempt in a short time span and the British government is pressing ahead with legislation that will fine Eurotunnel £2,000 for every illegal immigrant found to have entered through its services.

2004 : An armed gang of Chechen separatist rebels enters a school in southern Russia and takes more than 1,000 people hostage including children and their families on the first day of the new school year. During the siege that followed more than 330 died, most of them being children.

2006 : A plane traveling from Bandar Abbas in Iran skidded off the runway and burst into flames, killing a total of twenty-nine people.

2008 : The Prime Minister of Japan, Yasuo Fukuda, declared he was going to resign after less than a year in the position. The surprise announcement came amidst dropping popularity of his government, political deadlock, and economic troubles.

2009 : Asia’s largest oil company, PetroChina, bought a majority stake for $1.7 billion in two oil sands projects in Canada. The oil sands are thought to be the second largest oil reserves in the world, but cost a lot to extract.

1 Sept, 2011 US Troops Have No Fatalities in August

2011 : US Troops in Iraq faced no fatalities in the country during the month of August, the first time since the invasion in 2003. Officials stated that August was the first month without any hostile deaths or non-combat deaths.

2012 : The German company Gruenenthal that manufactured thalidomide, a drug used to cure morning sickness in the 1950s that was also linked to birth defects, apologized for the first time in fifty years to people who had been born with birth defects after their mothers took the drug while pregnant.

2013 : New internet restrictions have come into effect in Vietnam. The law banned internet users in Vietnam from talking about current affairs. The law states that social media websites, blogs and other websites are only allowed to share personal information and cannot share news stories. Internet companies as well as many human rights groups have criticized the law.

Born This Day In History September 1

Known For : Rocky Marciano was the World heavyweight boxing champion from September 23rd, 1952 when he defeated Jersey Joe Walcott, in Philadelphia and announced his retirement April 27th, 1956, during his career he defeated all comers including Archie Moore and Joe Louis and still remains the only heavyweight champion in boxing history (49 wins including 43 KOs) to retire having won every fight in his professional career.

Known For : Gloria Estefan is a Cuban-American Grammy Award-winning singer and songwriter. During her career she has won seven Grammy's and started as a member of the group Miami Sound Machine and they had a series of hot 100 top 10 hits including "Anything For You" and "Rhythm Is Gonna Get You." In 1988, she became better known as a solo artist with the Miami Sound Machine as the backing group. Her solo hits include "Don't Wanna Lose You," "Coming Out of the Dark," and "Music of My Heart" and she has also been successful as an actress appearing in For Love or Country: The Arturo Sandoval Story.