What Happened in 1958 Important News and Events, Key Technology and Popular Culture

1958 bought Americans recession with a vengeance and large increases in unemployment over 7.0% ( 5.2 million ) , inflation dipped below 2% in 1958 so those in work earning the average wages of $3,851 per year were quite well off , cars continued to get bigger and heavier with larger engines, but imports continued to grow now with the added Datsun and more Toyotas from Japan. Americas first satellite was launched from Cape Canaveral. This is also the year that the Microchip first developed which is the very early stages of PC's we all now use at work and at home. This was also the year of the Munich air disaster on 6th February in which 7 Manchester United Players died.

United States President Dwight D. Eisenhower signs the National Aeronautics and Space Act into law, creating the National Aeronautics and Space Administration, commonly referred to as NASA. It was established on July 29th as an executive branch federal agency with the mission of researching aerospace and the peaceful scientific applications of aeronautics. NASA, a civilian-oriented agency, replaced the National Advisory Committee for Aeronautics which had been more military-based. Upon its creation, President Eisenhower appointed T. Keith Glennan as the first administrator of NASA.

The Soviet Union successfully launches the Sputnik 3 satellite on May 15th. The satellite carried twelve experiments into space and its mission was to study the composition of the atmosphere and cosmic rays while orbiting the Earth. At the time, Sputnik 3 was the largest satellite ever launched and it weighed nearly 3000 pounds. The cone-shaped satellite remained operational for 692 days before it re-entered Earth’s atmosphere in April of 1960, disintegrating upon re-entry.

The USS Nautilus, the first nuclear submarine, successfully crossed under the North Pole during August in the first undersea journey to the geographic North Pole. The submarine was captained by Commander William R. Anderson and carried 4 civilian scientists and 111 officers and crew. The submarine began its journey at Point Barrow, Alaska and traveled under the Arctic ice cap at a depth of about 500 feet for over 1,000 miles. After making it to the North Pole, the Nautilus kept traveling until it reached the Atlantic Ocean, stopping near Iceland.

More Information for the Brussels World's Fair
1. The Brussels World's Fair, also known as Expo 58, begins during April in Belgium.
2. This was the first major World's Fair to be organized after the end of World War II with the previous World's Fairs taking place in New York during 1939 and 1940.
3. The site chosen for Expo 58 spanned about 490 acres and was the same site of the 1935 Brussels International Expo.
4. It featured several pavilions that showcased science, arts, architecture, engineering, and various countries along with their cultures and accomplishments.
5. The main attraction of the fair was the unusually shaped "Atomium" building.
6. The Brussels World's Fair saw over 41 million visitors before it concluded during October.

The Munich Air Disaster took place on February 6, when a British European Airways flight crashed at the Munich Airport. The flight was carrying 44 people when it crashed soon after take-off. Many of those on board were sports journalists and members of the Manchester United football team who were on their way home after having qualified for the semifinals in the European Cup. A total of 23 people died as a result of the crash, 8 of them were members of the Manchester United team. The pilot of the flight survived and was later charged with negligence as it was originally believe that a build-up of ice on the planes wings had caused the crash. While there was some ice found on the wings it was determined that a build-up of slush on the runway was the major contributing factor in the crash as it stopped the plane from gaining enough speed for a proper take-off. The crash was a tragedy, especially for sports fans, as the loss of several very young and talented players was devastating. It took Manchester United nearly 10 years to rebuild the team and in 1968 they went on to win the European Cup.

The United States launches the first solar-powered satellite, Vanguard 1, during March. This was only the fourth successful satellite launch in the world at the time, following the Soviet Union’s Sputnik 1 and Sputnik 2 and the United States’ Explorer 1. Vanguard 1 weighed less than 2 kg and had a 16.5 cm (6.4 in) diameter. Solar technology was new at the time and meant that unlike the previous battery operated satellites, Vanguard 1 would have an extended ability to transmit information back to Earth. Communications with the satellite were not lost until 1964. The mission’s purpose was to test the capabilities of a three-stage launch vehicle and the environmental effects of satellites.

The United States’ Explorer 3 satellite mission ended during June. It had been launched into Earth’s orbit during March and was the second successful launch of the Explorer series of satellites. Its mission was to investigate and confirm James Van Allen’s theory that the magnetic field of Earth trapped radiation around the planet. It was successful in its mission objectives and decayed from orbit after 93 days when it re-entered Earth’s atmosphere.

The SCORE (Signal Communications Satellite Relay Equipment) satellite is launched from Cape Canaveral during December. It was the world’s first communications satellite and was used for experimental purposes to test how satellite communications would work and what problems it might encounter. The creation of SCORE was funded and overseen by the US Department of Defense’s Advanced Research Projects Agency (ARPA). It’s launch also represented the first successful use of an Atlas rocket as a launch vehicle. The satellite performed experiments for about twelve days of its 35 days in orbit, including the transmission of a recorded message from President Eisenhower.

More Information for the Hope Diamond
1. Jeweler Harry Winston donates the Hope Diamond to the Smithsonian Institution in November .
2. The legendary 45.52-carat, blue-hued diamond's history can be traced back to the mid-1600's when it was likely purchased from a mine in India and then sold to King Louis XIV of France.
3. It remained in the hands of French rulers until the late 1700s when it was stolen.
4. It eventually ended up with the family of Henry Philip Hope until the early 1910s.
5. Pierre Cartier then acquired it, re-set it and sold it to U.S. heiress Evalyn Walsh McLean.
6. McLean kept it until her death in 1947, after which Harry Winston purchased it.
7. Winston showed the diamond at exhibits and events until he donated it to the Smithsonian where it has remained ever since.

The peace symbol was created during February by British designer Gerald Holton. Holton drew the symbol in preparation for the Aldermaston Marches, a series of anti-nuclear weapons protests beginning in April of that year and organized by the Direct Action Committee (DAC). Another prominent anti-nuclear weapons group, the Campaign for Nuclear Disarmament (CND), was established around the same time and decided to adopt the peace symbol as its logo. Holton’s design, a black circle with a vertical line down the center and two downward pointing lines at 45 degree angles on either side of the center line, was not copyrighted and has since become an international symbol for worldwide peace. 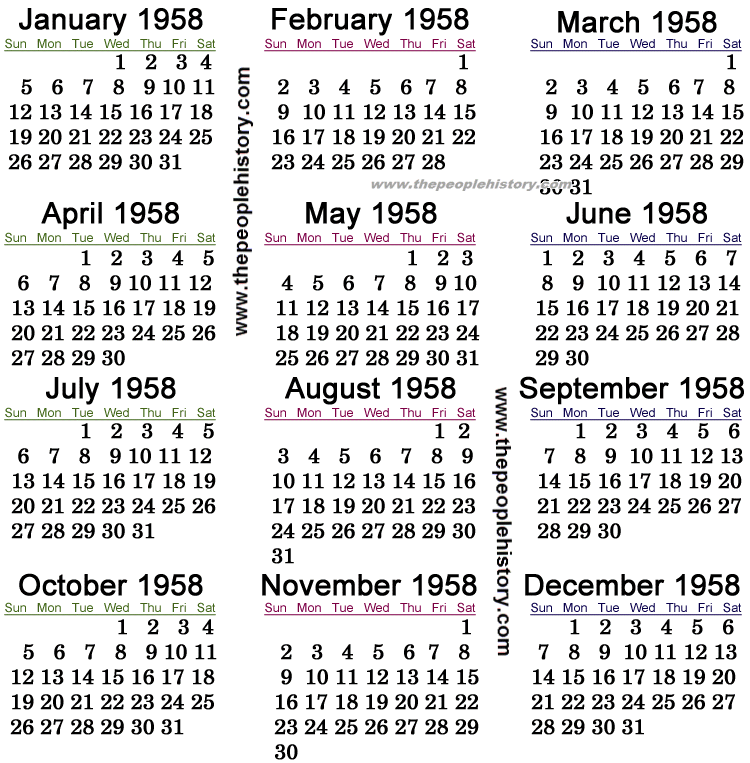