1941 : The Gloster-Whittle E 28/39 Jet aircraft flies successfully over Cranwell, England, The aircraft's jet engine, was devised by Frank Whittle, an Britiah aviation engineer and pilot generally regarded as the inventor of the jet engine. Although Frank Whittle is considered the inventor of the Jet Engine Concept which he patented in 1930 the Gloster-Whittle E 28/39 Jet aircraft was not the first Jet aircraft to fly successfully. The first was the German Heinkel He 178, designed by Hans Joachim Pabst von Ohain, on August 27th, 1939.

1918 : The first flights for the new U.S. airmail service begins between Washington, Philadelphia and New York.

1939 : A new plan is to be tested in Rochester New York for providing food aid to the 14,000 families on relief , A number of foods are designated in surplus will be provided with the blue food stamps issued by the government these include Butter, White Flour, Fresh Oranges and Eggs. They are hoping that this will help to distribute surplus foods to the needy if this works it will be integrated into the New Deal Program.

1940 : Nylon stockings from DuPont (Nylon invented in 1935 by Wallace Carothers) went on general sale for the first time in the United States.

1948 : Israel declares independence on May 14, 1948 and one day later the new state of Israel is attacked by Egypt, Syria, Jordan, Lebanon and Iraq which lasted almost a year, a cease fire was declared and temporary borders, known as the Green Line, were instituted. The creation of Israel as an independent state had been rejected by The Arab League from the very beginning.

From From Our 1980s childrens clothes Page

Born This Day In History 15th May

Known For : Sir Andrew Barron Murray OBE is a British professional tennis player from the UK. He was ranked world No. 1 year-end in 2016. He has won three Grand Slam singles titles, including two at Wimbledon ( 2012 and 2013 ), He won the Olympic Gold Medal in Men's Singles twice in 2012 and 2016

1949 : A major Tornado strikes Amarillo Texas causing 6 deaths and many injuries and over 50 homes completely destroyed.

1954 : After several weeks Marilyn Monroe is back at work on dance rehearsals for the new film "There's No Business Like Show Business."

1957 : Britain tests first hydrogen bomb on the Christmas Island area in the Pacific Ocean, the arms race between countries continues to escalate as each country tests bigger and more destructive nuclear devices.

1970 : During a student protest at Jackson State University in Mississippi police opened fire, killing two students and injuring twelve others.

Born This Day In History 15th May

Known For : Bill Clinton's Secretary of State from January 23rd, 1997 to January 20th 2001. She had lived, as a young child, in Yugoslavia, England and Czechoslovakia before her family moved to the United States. In Colorado she went to the Kent Denver School and graduated in political science from Wellesley College in 1959. She also has a doctorate in philosophy from Columbia University. In 1962 she attended international relations seminars at John Hopkins. She became a staff member of President Carter's National Security Council, and U.S. Ambassador to the United Nations in 1993. Her position as Secretary of State was notable for being the first woman to hold the post. She was married until 1993, and has three daughters.

1972 : Alabama Governor George Wallace is shot and left paralyzed while campaigning for President of the United States.

1974 : A school hostage situation close to the Lebanese border ends with 16 of the children murdered together with the three Palestinian gunmen who had been holding them hostage. As Israeli troops storm the school the teenagers were attacked with hand grenades by the Palestinians as a last act of defiance.

1982 : During the first ground attack on Argentine forces in the Falkland Islands British commandos destroyed 11 aircraft and a big ammunition dump.

2001 : Following a two year investigation into claims that the drug industry has been indulging in a price fixing policy, the Office of Fair Trading (OFT) has challenged the so-called resale price maintenance (RPM), which kept the price of branded over-the-counter products artificially high. The major British supermarkets will now discount many of the over the counter common household medicines including pain killers Calpol and Nurofen by as much as 40%.

2006 US to Re-establish Ties with Libya

2006 : The United States State Department announced it would be restoring diplomatic relations with the North African country of Libya. The State Department also decided to take the country off of their list of countries that sponsor terrorism after being on the list for nearly thirty years.

2007 : Famously conservative evangelist Jerry Falwell died at the age of seventy-three. The founder of the "Moral Majority" movement had been found unconscious in his office and medical professionals were unable to revive him. The television preacher had been deeply involved in conservative politics and had ties to Presidents Reagan and Bush, as well as other political leaders.

2008 : California's Supreme Court Rules In Favor Of Same Sex marriages and has said the "right to form a family relationship" applied to all Californians regardless of sexuality.

2009 : A new constitution created by the military junta in Burma was approved by 92.4% of voters in a referendum, with a voter turnout of 99%. The opposition party, the National League for Democracy, decried the results and labeled the results as fraud. The proposed constitution would give the military junta more permanent power and prohibit the opposition's leader, Aung San Suu Kyi, from being able to hold office.

2011 : The United States Army Corps of Engineers opened floodgates in the state of Louisiana along the Mississippi river in an effort to save larger cities located along the Mississippi, like Baton Rouge and New Orleans, from flooding. The flooding was expected to cover up to three thousand square miles and could effect up to 25,000 people. This was the first time in forty years that the river levels have forced the opening of the floodgates.

2012 : The Beau Sancy, one of the world's most famous and oldest diamonds, was sold at auction for $9.7 million. The diamond had been passed through the royal families in Europe and had been owned by Mary Stuart and the first king of Prussia.

2013 : A painting by artist Gerhard Richter was auctioned in New York for $37.1 million, breaking the record for the highest auction price of a work from a living artist. Richter, eighty-one years old, had also held the previous record. 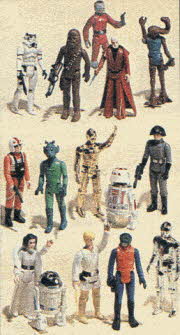