Important Events From This day in History November 7th

1954 Armistice Day becomes Veteran's Day
1954 : It was made known this day in 1954 that the upcoming holiday normally celebrated on November 11th would be Veteran's Day. This used to be called Armistice Day, in order to celebrate the end of World War I. However, since another major world war had passed, it seemed time to call Armistice Day by the new name-Veteran's day, as mentioned already. This first V-day celebration scheduled was meant to honor vets from the Civil War, WWI and WWII, and the Korean conflict.

7 Nov, 1811 - U.S.A. - - The Battle of Tippecanoe
The Shawnee had set up camp at the confluence of the Tippecanoe and Wabash rivers in Indiana, and called on the surrounding tribes to rise up. The governor of the Indiana Territory brought soldiers into the area and the Native Americans attacked them on November 7th, 1811 . The soldiers won and the Tippecanoe settlement was pulled down.

1922 Turkey - - Constantinople
According to a report made from Paris, allied nations requested help from their governments. This action was taken in order to help keep order in Constantinople, the former capital of the Ottoman Empire. Constantinople is the present-day city of Istanbul, which is in Turkey. This was the year of the fall of the Empire, which was run by the Romans in ancient times.
1924 - Great Britain - - Ramsay McDonald
1924 : The Socialist Government in Britain headed by the ex British Prime Minister Ramsay McDonald went to the Royal Palace to hand over to King George their seals of Office to be distributed to the new conservative ministers headed by the Prime minister Baldwin and including Winston Churchill as the Chancellor of the Exchequer .

1935 - Great Britain - - Naval Forces
It was possible that a naval parity (equality) agreement would be reached between countries such as the U.S., England, and Japan. However, it was also evident that both the United States and England would not be willing to alter the 5-5-3 military ratio limitations outlined by the Washington Treaty, which was soon to expire.

1940 - Greece - - Italian Forces
Italian forces moved in very swiftly against Greece. Their primary target of attack was on Greek troops situated along the Ionian Sea, such as concentrations of troops on the Epirus and Kalamas Fronts. Moreover, cities such as Koritza, Albania were being shelled. Overall, this was not one of Greece's finest days in battle.

1940 - U.S.A. - - Narrows Suspension Bridge Collapse Tacoma
1940 : Strong winds gusting to 35 MPH break the the Narrows suspension Bridge to pieces in Tacoma, Washington causing the bridge to fall to the bottom of Puget Sound .

1961 - U.S.A. - - California Fires
Two more California fires broke out. This was in addition to the ones that had destroyed the homes of many celebrities on the day before. Stars affected by these blazing flames included Burt Landcaster, Joe E. Brown, and Zsa Zsa Gabor. Ex-Vice President Richard M. Nixon also suffered the plight of fire damage to his home.

1972 - U.S.A. - - Richard Nixon
Richard Nixon wins an overwhelming majority in the US presidential elections for a second term in the White House.

1973 - Egypt - - Kissinger
1973 : After former Secretary of State Henry A. Kissinger and Egyptian President Anwar Sadat met, the agreement was that they were moving towards peace. However violent fighting was occurring along the Suez Canal at the same tine Kissinger and Sadat had met. It would take awhile to make a considerable amount of progress, but this was considered a start. At the time it was thought of as something that was at least worth a try.

1983 - U.S.A. - - United States Senate Bomb
A bomb is exploded at the United States Senate building by members of a group claiming to be the "Resistance Conspiracy" in protest to U.S. military involvement in Grenada and Lebanon. Members of the terrorist group were charged and bought to trial and found guilty for the U.S. Senate bombing and bombings of Fort McNair and the Washington Navy Yard.

1985 - Lebanon - - Hostages
Half-dozen American hostages were being held, presumably in Lebanon. An anonymous caller had said that an Islamic Jihad had planned to take the lives of these Americans. Then, a second caller indicated that these hostages were dead. However, this report was proven to be unsubstantiated, so the hostages in question were reported missing at this time.

1989 - U.S.A. - - Douglas Wilder
1989 : Douglas Wilder becomes the first African American to be elected as governor of a U.S. state when he is elected as the Governor of Virginia. The win was predicted in the polls with a large majority but on the day of the polls he was elected with a majority of less than half a percent. The difference is polling numbers and actual voting is sometimes called the The Bradley effect or less commonly called the Wilder effect.

1991 - U.S.A. - - Magic Johnson
Magic Johnson the Basketball legend announces he will retire from the Los Angeles Lakers after testing positive for HIV .

1995 - Vietnam - - Robert Mc Namara
Former U.S. Defense Secretary Robert Mc Namara visited Hanoi, Vietnam. This was the capital city and central location of enemy troops that fought during the Vietnam War. This was the first time Mc Namara had been to Vietnam since the end of the war in 1975. He hoped that this meeting would help the United States learn from the mistakes made during this war. Likewise, Mc Namara was the one who first encouraged the war and then later thought of it as a mistake.

1996 - U.S.A. - - Mars Global Surveyor
The Mars Global Surveyor is launched from Cape Canaveral aboard a Delta II rocket reaching Mars on 11th September , 1997. The mission was to provide a survey of the planet mars sending back tens of thousands of pictures of the planets surface. One of the most important possible discoveries was photos of two craters called Terra Sirenum and Centauri Montes which appear to show the presence of water on Mars at some point between 1999 and 2001. 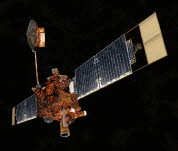 2000 - U.S.A. - - United States presidential election
In one of the most controversial Presidential Elections in modern times between Al Gore ( Vice President ) and Republican candidate George W. Bush. The election unlike normal presidential elections ended with controversy over who had won Florida's 25 electoral votes. Some television news networks had called the winner earlier in the evening with Al Gore declared the winner but retracted as the results came in. Then at 2:30 AM the networks declared that George W. Bush had won Florida and therefore the presidency. But once again by 4:30 AM the pendulum swung again as only 2,000 votes separated the two and the networks retracted their predictions. After a number of court cases involving the United States Supreme Court George Bush was declared the winner but because of the very small majority ( depending on who provides figures ranging from 500 to 2000 ) and also questions over the 58,000 names who had been taken off the registered voters list by governor Jeb Bush ( with allegations that most were thought to be democratic voters ), the 2000 presidential election will always be considered one of the most controversial ever. The election was also considered to be unusual because Al Gore gained more popular votes than George Bush but lost the election.

2002 - U.S.A. - - Iraq Weapons Inspections
Major progress has been made regarding making tougher weapons inspections by the United Nations a reality. This plan was originally drafted by the United States, and several countries were considering the passing of this new resolution. Part of the plan was to get together major countries of the world to disarm Saddam Hussein. A few years later, Hussein had received a death penalty for serious crimes committed.

2006 - World - - Enemies of Free Speach and the Internet
2006 : A list of 13 'enemies of the Internet' has been released by the human rights group Reporters Without Borders (RSF). The list consists of countries that the RSF believes are suppressing freedom of expression on the Internet. Egypt has been added to the list while Nepal, Libya and the Maldives have all been taken off it. The complete list of blacklisted states is: Belarus, Burma, China, Cuba, Egypt, Iran, North Korea, Saudi Arabia, Syria, Tunisia, Turkmenistan, Uzbekistan and Vietnam.

2007 - Finland - - Jokela school shooting
Pekka-Eric Auvinen a student at Jokela Secondary School goes on a shooting rampage armed with a SIG Mosquito .22 calibre pistol killing nine people including students and the school principal before turning the gun on himself. He had uploaded a video to Youtube announcing the "massacre" hours prior to the shooting and his earlier profile had included interests of "natural selection and hate for humanity"

2007 - United States - - Nicholas Sarkozy attends Congress
The French President Nicolas Sarkozy is greeted with cheers and standing ovations in the United States Congress today. This is seen as a sign that France has been forgiven for opposing the American-led war in Iraq.

2008 - Pakistan - - Drone strikes in Pakistan
1978 : The Pakistani government has said that a US missile strike in the country's north-west has killed about eleven people. The attack is by a US drone that was targeting Taleban militants in the tribal region of North Waziristan, which is close to the Afghan border. Locals say that a house of fighters loyal to a Taleban commander was hit. The US has not confirmed the attack.

2009 - United States - - The Health Care Plan passes the House
2009 : The House of Representatives has approved a sweeping overhaul of the nation's health care system, advancing legislation that could stand as one of the Democrats most important social policy achievements. The legislation has achieved what has been a Democratic goal for decades, and lawmakers have voted 220 to 215 to approve the plan that will cost $1.1 trillion over 10 years. The Democrats have said that the legislation will provide overdue relief for America's poor to buy or hold on to health insurance.

2011 - Bolivia - - Bolivia and the United States Agree to Restore Diplomatic Relations
Bolivia and the United States have both signed an agreement to restore diplomatic relations between the two countries after ties were severed in 2008. Bolivia's president Evo Morales had expelled the US ambassador and US drug agents in 2008 because he thought they were conspiring against the Bolivian government.

2012 - Ghana - - Department Store Collapses
The multi-story Melcom department store in Accra collapsed burying an unknown number of people. Rescuers were able to pull forty-two people out alive on the first day of rescue while they know at least four people died from the collapse. Dozens of others were still trapped after the first night of rescue.

2013 - United States - - US Senate Passes ENDA Bill
The United States Senate passed the Employment Non-Discrimination Act (ENDA). The bill would help to ban gay and transgender discrimination in the workplace. The bill has support from the President, however Speaker of the House Boehner has voiced opposition to it.

Johnny Rivers
Born: 7th November 1942 New York City, NY, U.S.
Known For : An American rock and roll singer best known for his string of hits in the sixties including Memphis, Where Have All The Flowers Gone, Poor Side Of Town, Mountain Of Love, and Baby I Need Your Lovin


Billy Graham
Born: 7th November 1918 Charlotte, North Carolina, United States
Known For : Billy Graham is the worlds best known Evangelical Christian who has preached in person to more people around the world than any Protestant who has ever lived and has had a personal audience with every sitting United States President since Harry Truman.