This Quiz includes questions from the 20s including what does BBC stand for, in which country was the first domestic refrigerator sold, what is the 19th Amendment and many more 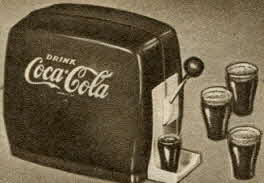 Origins of Sports from our Sports History Page

Baseball, from its origins in 1840s in northeastern United States to the institution of the National, and later American Leagues, making up what is today known as Major League Baseball includes the Origins, Growth, Records and

Basketball, the brainchild of Dr. James Naismith, created in the 1890s, it developed as much through colleges as it did through professional teams and leagues, with the modern National Basketball Association emerging around 1950. includes the Birth, Growth, Records and

American Football, which existed in various forms mostly across the college ranks in the 1800s before Walter Camp, at Yale University, began to help establish rules that made the game appear much as it does today. Football's evolution primarily took place in college, as college football was far more popular than its professional counterpart until the late 1950's when the National Football League became the dominant force in American football. Covers the Origins, Growth, Records and