2007 : Following the monks joining the protests in Burma tens thousands of ordinary men and women also take to the streets in the so called "Saffron Revolution" the ruling military Junta answer was to move against street protests by Buddhist Monks and others with riot police leaving over 1,000 protesters dead after firing indiscriminately into the crowds.

1923 : The Bulgarian Premier has declared Bulgaria will fight to the last breath against communist control and domination of our country.

1932 : Mahatma Gandhi broke his death fast after 6 days and 5 hrs after the British Government had approved most of the compromise plan on the privileges of Indian Untouchables in legislative elections.

1936 : Japanese Marines are now in control of the Shanghai district of China, this follows the deaths of 4 Japanese citizens in Shanghai and Japan in a statement has stated "we must protect our citizens."

1946 : A general strike by workers, merchants and students demanding political change has bought the country to a standstill, currently the government in San Salvador has ignored all requests for change but may well soon need to.

The Eighties see the collapse of traditional communism and the ending of the Cold War, Microsoft, IBM, Intel and Apple begin to have an impact on all our lives as small Computers becomes cheaper and more wide spread including home and Business, Famine in Ethiopia causes major music stars to band together to raise money and awareness, and the early beginnings of mobile phones as technology gets cheaper and smaller.

1949 : The Russian demands for stopping all research into nuclear weapons and to destroy all existing Atom Bombs has been rejected by the British Foreign Secretary Ernest Bevin who has stated great Britain will continue it's research into Atom Bomb technology.

1956 : The bloody clash between Jordanian and Israeli forces leaving heavy casualties on both sides, this is the seventh such clash in a short period as the area becomes more unstable.

September 26th, 1960 : The first televised debate between presidential candidates for the 1960 election takes place in Chicago between U.S. Senator John F. Kennedy, the Democratic nominee, and Vice President Richard Nixon, the Republican nominee. The debate was watched by an estimated 80 million viewers or close to half the population of the United States. The debate was a success for Kennedy who was generally considered to have won the debate.

1962 : African-American student James Meredith tried for the third time to register for classes at the University of Mississippi today but was turned away by Governor Paul Johnson in defiance of the US Justice Department. It is believed that federal troops will be sent to Mississippi to enforce the laws of the country in what is becoming a case of federal against state control.

1962 : TV comedy series "Beverly Hillbillies" about a hillbilly family transplanted to Beverly Hills, California after finding oil on their land premieres on CBS, it proved a big hit with TV watchers and became the top ranking network show on television for two seasons.

1963 : The most wide ranging tax reform cuts in history have been passed by the house and will become law by the spring, the cuts will cut income tax by an average of 10% for every working man and women in this country and would also provide additional tax relief for corporation tax. The Tax cuts are being used to bring the country out of the current recession cycle.

September 26th, 1965 : Her Majesty Queen Elizabeth II appoints the four members of The Beatles Pop Group John Lennon, Paul McCartney, Ringo Starr, George Harrison " Members of the Order of the British Empire." The Beatles are given their MBEs at Buckingham Palace by the Queen on October 26th.

1969 : The trial of the "Chicago Seven" begins they were accused of conspiring to incite a riot at the 1968 Democratic National Convention. They were antiwar activists who organized protest marches and rock concerts at the Democratic National Convention which turned into full scale rioting, complete with tear gas and police beatings. The defendants did whatever they could to disrupt the trial through such acts as reading poetry and chanting Hare Krishna.

1969 : The Beatles release the "Abbey Road Album " in the UK (US Release date October 1st 1969). The album is the 11th official album released and below are some of the tracks included on the album:

I Want You (She's So Heavy)

She Came In Through the Bathroom Window

The only other original album released by the Beatles was "Let It Be" on 8 May 1970 shortly after the Beatles announced they had broken up.

1973 : Concorde makes its first non stop crossing of the Atlantic in three hours 32 minutes flying at an average speed of 954 mph cutting the current time by half. Concorde began making commercial flights across the Atlantic between the US and Europe in 1979.

September 26th, 1980 : Afghanistan's Marxist regime and it's Soviet defenders are improving security in Kabul in response to a new wave of terrorist attacks by Muslim anti-communist tribesman after a successful attack on a power station earlier this week by the rebels.

1981 : 90,000 Rolling Stones fans from all over the country have jammed the streets of Philadelphia for these 40 year old aging rockers sell out concert.

1997 : Two earthquakes have ravaged the Assisi's Medieval Basilica bringing down much of the vaulted ceiling and the important frescoes by the artist Giotto, a number of deaths occurred during the earthquakes. Italy has some of the oldest and important architecture from ancient times throughout the country including Churches, Tombs, Palaces, Castles, Pompeii and whole towns which are significant world heritage sites. 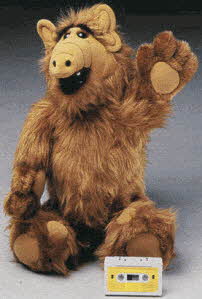 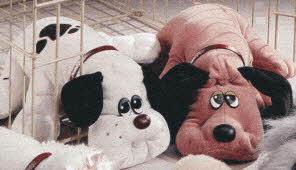 September 26th, 2000 : The Greek night ferry "Express Samina" traveling between Piraeus and island of Naxos has sunk in heavy seas close to the Island of Paros in the Aegean Sea with the loss of at least 60 passengers including children.

2002 : The ferry Joola from Senegal capsizes off the coast of Gambia, with the loss of over 1,000 passengers making it one of the worst maritime disasters in history.

2005 : Army Pfc. Lynndie England was convicted by a military jury during her court martial for charges of conspiracy to maltreat prisoners and assault consummated by battery stemming from the Abu Ghraib prison abuse scandal. She was later sentenced to three years in prison. She is currently serving her sentence and when her sentence is complete will receive a dishonorable discharge.

2006 : Guatemalan security forces took control over a prison that was taken over by prisoners for ten years. The prisoners had turned the prison into a luxury compound complete with shops and pubs. They had weapons and ran drug operations from the prison.

September 26th, 2007 : A bridge being built over the Hau River in Can Tho, Vietnam collapsed and killed over fifty workers while under construction. Building the bridge was to cost an estimated 300 million dollars and funded by the Japanese.

2008 : A Portuguese shipwreck dating to the 1500’s was found at the site of a Namibian diamond mine. The ship had cargo from all over the world including elephant tusks and copper ingots. Archaeologists marked the discovery as one of the most important finds in Africa in recent history and began working to identify who the ship belonged to.

2009 : Movie director, Roman Polanski, was detained in Switzerland. The seventy-six year old director faces extradition after skipping bail in 1977 amidst charges of having sex with a minor.

2011 : Bolivia's defense minister, Cecilia Chacon resigned as a protest against the government's decision to use police forces to break up anti-road marchers. Her resignation came after the Bolivian government sent 500 police with tear gas after a group of indigenous people who had been marching to protest the construction of a road to be built through a rain forest preserve.

2012 : Uruguay's lower house of Congress voted 50 to 49 in favor of legalizing abortion in the first twelve weeks of a pregnancy. The law would need the approval of the Senate to become effective and President Jose Mujica stated he would approve the law if the Senate passed it.

September 26th, 2013 : Australia's new Prime Minister, Tony Abbott, has announced the formation of the Indigenous Advisory Council. The council was formed with the purpose of addressing issues that concern the Aboriginal communities in Australia with things like job creation and welfare reform. This is a step toward keeping his campaign promises in which he stated he wanted to make Aboriginal affairs a priority.

Born This Day In History September 26

Known For : Ex-Wife of Nelson Mandela of South Africa and a member of the ANC's National Executive Committee. She was a leading member of the anti apartheid movement during the white minority ruling government before and while her husband was in prison. Due to some of her speeches where she endorsed the practice of necklacing in the struggle to end apartheid, there are mixed emotions in both South Africa and worldwide.

Known For : She is an accomplished singer with a number of hits including "You're The One That I Want" a duo with John Travolta, from her role as Sandy in the movie Grease alongside John Travolta (Danny Zuko), Stockard Channing, Jeff Conaway, and Eve Arden.