October 9th, 1969 : The National Guard is called in to control demonstrations that continue in Chicago protesting the trial of the Chicago Eight.

1973 : On the forth day of the Arab -- Israeli war Israel Aircraft have started bombing raids on Cairo in Egypt and Damascus in Syria, meanwhile fighting continues on the Golan Heights and at the Suez canal.

October 9th, 1983 : After a number of months where the unemployment rate has increased each month many are hoping last months figures are a turning point at 9.3%. The highest national rate was in December at 10.8% the highest in 42 years.

1921 : A once in a lifetime hand left a man dead , A retired tailor in New York was playing poker in a 10 cent limit poker game when he was dealt a royal flush. The medical examiner diagnosed Cerebral Hemorrhage bought on by the Royal Flush.

1934 : King Alexander I of Yugoslavia is shot and assassinated.

1936 : The Hoover Dam begins creating hydroelectric power which it sends over transmission lines spanning 266 miles of mountains and deserts to run the lights, radios, and stoves of Los Angeles.

1940 : The German Luftwaffe launches a heavy nighttime air raid on London and the dome of St. Paul's Cathedral a masterpiece by the architect Sir Christopher Wren takes a direct hit from a Nazi bomb.

More about the Blitz of London

1952 : The US Defense department has released the latest figures on those killed so far in the Korean War, it now stands at 120,269. The Army draft call for the month of December has been announced and it will be 47,000.

1958 : Tributes from the worlds leaders continue to flow in following the death of Pope Pius XII included tributes "A foe of Tyranny," "A man of profound Vision" and "Foremost Champion of Human Dignity, Freedom and Peace."

1959 : The Conservative Party has won a third term of office in the UK led by Prime Minister Harold Macmillan.

October 9th, 1963 : A landslide in Italy causes the Diga del Vajont dam to overflow and sends water crashing down where it engulfed the town of Longarone leading to the deaths of more than 2,000 people.

1967 : Che Guevara the Marxist revolutionary and guerrilla leader is executed by the Bolivian army on orders from the Bolivian President René Barrientos. Che Guevara had created a guerrilla force in Bolivia operating as the ELN (Ejército de Liberación Nacional de Bolivia; / "National Liberation Army of Bolivia"), fighting against Bolivian military when he was captured and executed. He had been involved in a number of revolutions including Cuba ( Under Castro ) during his life and was still a revolutionary fighter when he died at 39 years old in Bolivia.

1983 : The sixth Prime Minister of Israel was sworn in today Yitzhak Sharmir, he has vowed to concentrate on the nations worst economic crisis and has pledged economic austerity on behalf of the government.

October 9th, 1985 : The terrorists who had taken the passengers and crew of the Achille Lauro hostage agree to release the hostages on condition of safe passage to Tunisia. The next day the aircraft is intercepted by F-14A Tomcats (stationed on the USS Saratoga, CV-60) and directed to land at Naval Air Station Sigonella, a N.A.T.O. base in Sicily where the hijackers are arrested by the Italians.

1988 : In the beginnings of gaining self rule thousands of Latvians have taken to the streets in the capital Riga to press Moscow for greater independence from the Soviet Union. In 1991 following a referendum which resulted in a large majority favoring secession from the USSR, the Soviet Union granted Latvia it's independence.

October 9th, 1989 : The Tass news agency in the Soviet Union announced that the landing of a UFO has been confirmed. It was described as a large shining ball or disc hovering and then landing in a local park.

1991 : 18 lives were lost following violent gun battles between Police and ANC supporters, both Nelson Mandela and President F.W. de Klerk are accusing the other side of inciting the latest round of violence in South African townships.

October 9th, 1991 : Defense secretary Dick Cheney defended the Pentagon policy of a ban of homosexuals in the military stating we shouldn't take any step that undermines the overall fighting effectiveness of our military forces.

2004 : This is the first US presidential elections where bloggers from both sides of the political spectrum are commenting on news stories and providing political commentary in large numbers during the run up to the presidential election with a number of high profile left and right leaning blogs now attracting many thousands of readers. The growth of political blogging could well feature more in this election and future elections both in the US and around the world.

2006 : North Korea announces it has carried out its first test of a nuclear weapon, becoming the worlds 9th Nuclear Power. Israel is believed to have nuclear warheads but has never been confirmed.

October 9th, 2006 : Google announces the purchase of YouTube for US $1.65 billion in stock. YouTube Had only officially launched 11 months earlier in November 2005 and by the summer of 2006 was one of the fastest growing web sites on the Internet with over 100 million video clips viewed daily.

2007 : Iraq has demanded that the US ends its use of private security firm Blackwater within six months in Iraq and demanded Blackwater pay $8m compensation to each family bereaved by last month's shootings by Blackwater staff of 17 Iraq Iraqi civilians.

October 9th, 2007 : Albert Fert, of France, and Peter Grunberg, of Germany, win the Nobel Prize for physics based on their discovery of “giant magnetoresistance.”

2011 : Former Beatle, Sir Paul McCartney, married American heiress Nancy Shevell at a small ceremony in London. The couple invited friends and family to attend the wedding and reception including Ringo Starr. The marriage is McCartney's third.

October 9th, 2011 : Prime Minister Donald Tusk was re-elected after his Civic Platform party won enough seats in the Polish parliament to stay in power. The re-election marks the first time since communism fell in 1989 that a Polish leader was re-elected.

2012 : Former football coach at Penn State, Jerry Sandusky, was sentenced to 30 to 60 years in prison after being convicted of forty-five molestation charges. Lawyers from Sandusky stated that they were planning to appeal the decision.

October 9th, 2013 : New Zealand gave its two islands official names in English and the native Maori language. The English names of the islands will be the North Island and South Island, names that had already been in use, and the Maori names will be Te Ika-a-Maui and Te Waipounamu.

Born This Day In History October 9

Known For : A Founder member of the Beatles singer, songwriter, artist, and peace activist who had success as a member of the Beatles and also had success as a solo artist with hits including "Give Peace a Chance" and "Imagine". He was married twice fist to Cynthia Lennon and then to Yoko Ono. He was murdered outside his apartment building in New York City on 8 December 1980 by Mark David Chapman

Known For : Wife music manager, and promoter for husband Ozzy Osbourne, and the creator of Ozzfest. Little known until featured in the reality television show "The Osbournes." Since that show she has become a celebrity in her own right as a judge on the talent shows The X Factor and America's Got Talent. She was also a host on the daytime talk show "The Talk." untill 2021 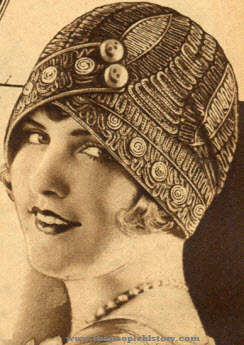 
Everywhere the summery frock or ensemble may go, this fine little "French Helmet" is sure to follow. Dainty version of the helmet-eyebrow mode, which marks the latest importation. Sparkling allover embroidered pedaline straw combined with lustrous soutache braid, each tapering crown section being one complete motif of the whole. Winsome overlapping brim held at eyebrow height with a pair of colorful buttons. Soft crushable--to pack or carry anywhere; a hat which fills all the finer "New Idea" requirements. Notice how snugly it frames the face, in a manner typically French; and so embroidered that the brim becomes a border effect for the entire hat. Close fitting at back. Delightful frock and suit tones, each with its own harmonizing braid. 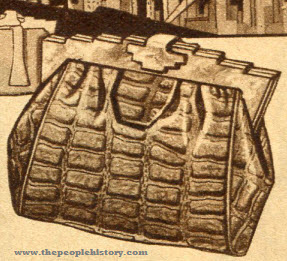