1922 : The Lincoln Memorial built to honor Abraham Lincoln the 16th president of the United States, is dedicated by Former President William Howard Taft in Washington, D.C.

1937 : The Memorial Day Massacre takes place when Ten union demonstrators are killed and 84 are wounded when police opened fire in front of the South Chicago Republic Steel plant.

1959 : The first full size hovercraft , the SR-N1, designed by Sir Christopher Cockerell, is launched and tested at Cowes on the Isle of Wight.

Born This Day In History 30th May

Known For : Duncan Jones is a director, producer, and screenwriter. Most of his work has been in science fiction or fantasy genres. He is known for his films Moon (2009), Source Code (2011), Warcraft (2016), and Mute (2018). He is the son of famous musician David Bowie and model Angie Bowie. His debut feature film, Moon, was nominated for seven British Independent Film Awards and two BAFTAs.

1937 : For the first time in the Spanish Civil War a foreign power has been openly involved in the bombing of the Spanish port of Almeria, Four German War ships bombed the city causing the loss of 400 lives. There are growing concerns that this could lead to a full scale war in Europe and the British foreign secretary Anthony Eden has appealed to Germany to take no further action.

1967 : Biafra proclaims its independence from Nigeria, but war breaks out in July and Nigerian forces take control of oil fields leaving the country no form of revenue which causes mass starvation of over 1,000,000 people. In January 1970 Biafra surrenders to Nigerian forces and becomes part of Nigeria once again losing it's independence.

1954 : A series of tornadoes and torrential rain has struck Nebraska leaving 6 dead and many more injured and homeless 10 miles southeast of Norfolk.

1967 : President of Egypt President Nasser states in a public statement that his basic objective is the destruction of Israel. King Hussein of Jordan together with other Arab Countries have now signed a pact that any attack on either of them is an attack on all and will take measures including the use of armed forces to repulse such an attack".

1967 : Following the statement by the Soviet Union to support Arab countries against Israel, 10 Additional Soviet Warships are travelling through the Dardanelles on the way to the Mediterranean sea where the US 6th Fleet is based, together with the very fragile peace in the middle east many are hoping this is a political mover rather than a military buildup by the soviets.

1971 : The US space probe Mariner 9 was launched on its mission to Mars. Where it will send more than 7,000 pictures of the planet back to Earth.

1979 : Following the Crash of an American Airlines DC 10 in Chicago earlier this week with the loss of 274 lives all DC 10's are currently undergoing inspections of the engine mountain bolts by government inspections prior to use.

Born This Day In History 30th May

Known For : Valentina was a Soviet actress that starred in a number of social and political dramas that were set there. One of her main roles was as Natasha Artemieva in the Maxim Trilogy that included 1935's Yunost Maksima, 1937's Vozvrashcheniye Maksima and 1939's Vyborgskaya Storona (where she played opposite Boris Chirkov). Her later movies included 1953's Vragi and Lyubov Yarovaya, 1959's Dostigaev i Drugie, 1961's Hranice NeznĂˇma and 1966's Ne Zabud.... Stantsiya Lugovaya. Some of these films were set in the Bolshevik rebellion and some were set in World War II. 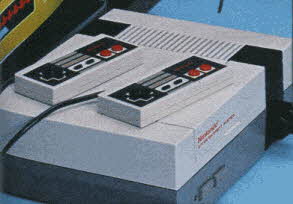 1981 : Following an attempted coup in Bangladesh the President Ziaur Rahman was murdered, The vice president has imposed strict curfews in Dacca and surrounding towns and cities and there is ongoing fighting between loyalist troops and the rebels led by Major General Abul Manzur.

1990 : British Beef exports are hit further as France bans imports of British beef and live cattle because of fears over BSE, or "mad cow" disease. Germany and Italy join the ban 2 days later and by 1996 there was a worldwide ban on all British beef exports. This was lifted in 1999 by all countries except France and Germany, which lifted the ban in 2000.

1996 : Prince Andrew and the former Sarah Ferguson, Duchess of York (Fergie) were granted an uncontested decree ending their 10-year marriage, they have two children by the marriage Princess Beatrice and Princess Eugenie, who are respectively fifth and sixth line of succession to the British Throne.

2008 : The earthquake that occurred in China three weeks ago is causing additional major problems including Lake Tangjiashan a lake that was created during the earthquake now risks breaking through the dams and flooding large areas of Mianyang, so far over 200,000 have been evacuated. It is a race between the Chinese troops who are digging diversion channels to relieve pressure on the lake and nature which is filling the lake to overflowing at an alarming rate.

2012 : Former leader of Liberia Charles Taylor was sentenced to fifty years in jail by a UN-backed war crimes court. Taylor had earlier been found guilty of aiding and abetting Sierra Leone rebels during a 1991 to 2002 civil war. Taylor has claimed innocence and his lawyer has said they will appeal against the sentence.

2013 : The US band Bon Jovi has waived their normal concert fee for their upcoming concert in Madrid, Spain. They did this over concerns about the country's economic crisis and were worried that fans would not be able to afford the regularly priced tickets. The tickets were thus priced much lower than usual and sold out very quickly.