1959 : A new form of transport which is a cross between an aircraft, a boat and a land vehicle, propelled on a cushion of air created by its own fan power the "Hovercraft", has it's official launch at the Solent on the South Coast of England. The Hovercraft (SRN1) which is still at the experimental level is just 29 ft long, but developers believe the technology will allow the production of full scale Hovercraft capable of speeds 50 knots and up to 300 ft long. The SRN1 Hovercraft was designed by Sir Christopher Cockerell.

1927 : The continued crackdown on Rum Runners has resulted in arrests throughout the country with many of those caught implicating local politicians and local police. During the last week alone over 20,000 cases of liquor have been seized.

1937 : Union Men from the United Automobile Workers of America wanting to join the Pickets at steel mills in Michigan were turned back today by deputies using tear gas, the Union has now called for mass protests by all members of the Union at Monroe, Michigan.

1955 : During the 24 Hours Le Mans race a car looses control and crashes into stands filled with spectators, killing 82 people.

2009 : The World Health Organization declares H1N1 influenza strain, commonly referred to as "swine flu", as a global pandemic. Due to it's highly contagious nature spreading from human to human. Most people infected suffer a mild symptoms, but the small minority who suffer more severe symptoms (less than 0.04% )are hospitalized and end up in an intensive-care unit suffering from acute respiratory distress syndrome, which kills in half of all cases. Specific vaccines are developed and released in North America in late October.


Description : Dazzle them in a dramatic two-tone peplum dress. Noteworthy styling details include: the emphatic asymmetrical neckline, the side-shirred waistline, the accent of a large double bow. Straight skirt with back walking slit. Back zipper with hook and eye closure. Color combinations include red with black or white with black. 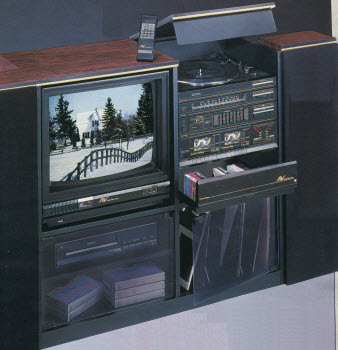 1963 : Alabama Governor George Wallace trying to ensure continued segregation is forced to end his blockade of the University of Alabama in Tuscaloosa and allows two African American students to enroll.

1987 : A rare earthquake hit 14 states in the Midwest and parts of Canada stretching down to the South. The quake measured 5.0 on the Richter scale and damaged some highway overpasses, also many thousands lost telephone services. The quake lasted between 3 to 15 seconds at 6:49 PM.

1987 : Margaret Thatcher celebrates her third general election win after another landslide victory over the Labour Party.

Known For : Peter Dinklage is an American actor most well-known for his role as Tyrion Lannister in the Game of Thrones television series. He won a record 4 Primetime Emmy awards for his work on Game of Thrones. Dinklage has also appeared in X-Men: Days of Future Past and Avengers: Infinity War, and as a voice actor in Ice Age: Continental Drift and The Angry Birds Movie. The critically-acclaimed actor has a form of dwarfism (achondroplasia) and is known for forging his career while rejecting the stereotypical roles that actors with dwarfism are offered.

Part of our Furniture From the 1920s 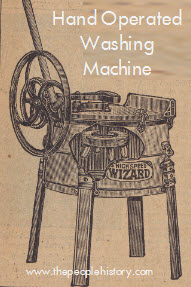 1998 : The United Nations World Food Program has declared an official famine Southern Sudan with estimates that over 1 million people could die from starvation due to extreme food shortages.

1998 : The Low Pay Commission has recommended the new minimum wage of ┬Ż3.60 an hour for people over 20.

2001 : Timothy McVeigh was executed by lethal injection for his role in the 1995 bombing of the Alfred P. Murrah Federal Building in Oklahoma City.

2003 : Scientists have found the oldest known human fossilized skulls dated around 160,000 years old in the Afar region of Ethiopia.

2005 : The G8 finance ministers reached a debt deal on behalf of their respective countries at a meeting in London. The deal made by the world's eight richest countries would allow eighteen of the poorest countries to completely write off their debt. In an effort to lessen worldwide poverty, the International Monetary Fund, World Bank, and African Development Bank would completely forgive the debt of those eighteen countries totaling forty billion dollars, and another twenty countries could be eligible for the debt forgiveness if they were to meet certain governmental standards.

Known For : Gene Wilder was a beloved American filmmaker, writer, and actor. Wilder was most well-known for his roles in The Producers, Willy Wonka and the Chocolate Factory, Blazing Saddles, and Young Frankenstein. He is often associated with writer/director Mel Brooks and comedian Richard Pryor as he collaborated with each on several films. He was married to his third wife comedian Gilda Radner until her death in 1989. After retiring from acting in the early 2000s, Wilder wrote several novels including a memoir.

2008 : A US air strike by Afghanistan-based US forces against Taliban militants in Pakistan territory causes the death of 11 Pakistan troops has been condemned in Pakistan as an act of aggression by US forces and has caused anger in Pakistan as this attack and others are widely seen as a violation of its sovereignty.

2008 : The continued period of strong storms many with tornadoes in the Midwest causes one of the most deadly tornado's so far when a twister strikes a Boy Scout camp in Little Sioux, Iowa. leaving 4 dead and 40 injured.

2009 : Stephen Tyrone Johns, a guard at the United States Holocaust Museum in Washington D.C. was shot and killed by an eighty-eight year old man. The man opened fire on a crowd inside the museum before he was shot by police and taken into custody. The attacker was reported to be James von Brunn, a white supremacist who had been convicted of prior violent crimes and served time in prison.

2011 : Ninety people were wounded and at least another thirty-four people were killed when explosions blasted through a market in Peshawar, Pakistan. The bomb had been placed in a garbage pile and exploded in the middle of the night in an area that was home to army and political offices. There had been a small explosion followed by a much larger explosion which caused the majority of injuries and damage.

2012 : Jerry Sandusky's sexual abuse trial began after he was charged with fifty-two counts of abusing ten boys over fifteen years while he was an assistant football coach at Penn State. The scandal shook up the Penn State community after late coach Joe Paterno was accused of improperly handling accusations against Sandusky.