The United States brings 88 German scientists who had been working on the V-1 and V-2 rockets for Germany to work on the American Space / Defense program . Video shows a US built V2 rocket built by German Scientists working for America

A brief summary of statistics findings regarding saving money was printed. According to one news source, Americans were saving approximately double the amount of money than they were within the previous 10 years.

1931 : General Honjo warned press that Japan's next move was possibly all the way to Tsitsihar. Japan was currently engaged in war against Chinese forces over the territory of Manchuria, which was currently cut off from the rest of China.

A report from Great Britain revealed that a proposal was made to provide Japan with Theoretical naval equality. However, Americans and British were attempting to convince Japan to agree to build a number of ships less than allowed by them (U.S. and Britain).

1944 American first and ninth armies launched an offensive in the Rhineland, West Germany area. This action was taken in retaliation against German forces, which had rapidly moved in on Northeast Aachen .

1953: Vice-President Nixon announced he would be going to Iraq. This decision was made while Nixon was still in Tokyo, as part of Eisenhower's "personal contact" initiative implemented during this time.

1965 : The Soviet Union launches the Venera 3 space probe from Baikonur, Kazakhstan. The mission was to land on the surface of the planet Venus. The mission was successful when Venera 3 crash-landed on Venus on 1st March 1966 becoming the first spacecraft to land on another planet's surface.

It was a miraculous day for a former Israel prisoner of war (POW). He was returned, and was fighting tears while he greeted Premier Golda Meir at the airport in Tel Aviv. He was held in Cairo, Egypt for some time.

1973 : President Richard Nixon urges Congress to pass Senate Bill 1081, which would authorize the construction of a pipeline to access oil from the North Slope of Alaska, thus reducing American reliance on foreign oil.

The forth man involved in the Cambridge spy ring is named as Sir Anthony Blunt.

Soccer hooliganism continues to feature in matches involving English clubs and the National Team with the latest trouble by English fans in Luxembourg who went through the city fighting and stealing after England was knocked out of the European Championship.

This was a day set aside for an international "smokeout", similar to that of the Great American Smokeout. Germany actively participated in this campaign. They were urged to hide their cigarettes, get rid of their lighters, get rid of their ashtrays, or whatever else seemed necessary to successfully observe this day. This was one effort towards promoting a smoke-free lifestyle.

A daily anti-military campaign was being launched in the Middle East. A peace activist organization was working to persuade Pat Barracks commuters that the action occurring in the Persian Gulf area was not right.

The 1960's were a time of upheaval in society, fashion, attitudes and especially music. Before 1963, the music of the sixties still reflected the sound, style and beliefs of the previous decade and many of the hit records were by artists who had found mainstream success in the 1950s, like Elvis Presley, Ray Charles, Dion, and The Everly Brothers. In 1963 and the years to follow, a number of social influences changed what popular music was and gave birth to the diversity that we experience with music today. The assassination of President Kennedy, the escalation of the war in Vietnam and the forward-progress of the Civil Rights Movement all greatly impacted the mood of American culture and the music began to reflect that change. The "British Invasion" also began around 1963 with the arrival of The Beatles on the music scene and the type of rabid fandom that followed them would change the way people would view and interact with music and musicians forever. In this section we will cover the history of the "British Invasion", Motown and R&B, Folk and Protest music, and the large amount of variation that emerged in Rock music throughout the sixties.

Wei Jingsheng the pro democracy dissident is released on medical grounds after nearly 18 years of incarceration and deported to the United States. He had been released in September 1993 as part of China's bid to host the 2000 Olympic games but when China was beaten by Sydney, Australia for the games in November he was put in jail again. Wei Jingsheng was in jail for the crime of treason, but the real reason was his outspoken writings against the ruling communist regime including condemning Chinese occupation of Tibet.

Congress passed the aviation security bill requiring that all airport screeners will be federal employees, and would undergo criminal background checks and would have to be U.S. citizens. The bill also required that by December 31st, 2002 all checked baggage will be screened by explosive detection devices.

The United States government decided to begin closely monitoring all Iraqis present within the U.S.A. The government felt this was necessary in case terrorist-sympathetic individuals originating from Iraq were still hiding within the borders of the U.S. Security against terrorists has been a major priority since the terrorist bombings that took place in New York a little over a year from this date. Thousands of people were killed after the north and south towers of the World Trade Center were hit by hijacked planes.

The first part of the Great Firewall of China, which is also known as the Golden Shield Project, will be going into service. It uses several filters to make it that it is difficult, if not impossible, to reach sites that the Chinese government has deemed illegal or unhelpful to the communist ideal.

Representative Nancy Pelosi is chosen to be the speaker of the House, in the wake of the Democrats victory in the US mid-terms. The House will not be formally electing a speaker until it convenes in January, but it will be under the control of the Democrats for the first time in twelve years. Pelosi is certain to win, and will be the first female leader of the House.

One of the worst cyclones to hit Bangladesh with 150 mph winds, with the death toll exceeding 1,000, has destroyed coastal towns, leaving millions without power in the deadliest such storm in more than a decade. The Cyclone Sidr created a 4-foot-high storm surge that swept through low-lying areas and some offshore islands leaving transport systems in chaos making it harder for rescue workers to get to the worst affected areas.

The Iraqi cabinet has approved a plan for the US deployment in their country. 150,000 troops will remain there until 2011, but US troops will be withdrawn from the streets of Iraqi towns in 2009. America's National Security Council have welcomed the cabinet's vote, saying that it was "an important and positive step" towards stability and security.

Barack Obama continues his tour of Asia by holding a summit in Beijing with Chinese leader Hu Jintao. Mr. Obama was given an official welcome in the Great Hall of the People, before going for talks with the Chinese president. Trade, climate change and economic issues are expected to dominate procedings. The two men had also met for dinner. Before the closed-door meetings began, Mr Obama said: "We believe strong dialogue is important not only for the US and China, but for the rest of the world."

The Russian Soyuz spacecraft successfully docked at the International Space Station carrying one American and two Russians. This manned launch was the first to have people on board since an unmanned rocket crashed after launch in August of 2011.

2012 : Hostess Brands has announced that they were going to shut down and sell their assets, causing the loss of 18,500 jobs. The maker of "Twinkies" and owner of other brands like Wonder, Merita breads and Drake's cakes said that they could not continue to operate after a union strike.

About ten people were killed and another twenty were injured in a suicide attack in the city of Kabul. The attack was claimed by the Taliban.

Known For : Canadian Rock Female Singer Songwriter who records on her own label Rubenesque Records Ltd which she created. She is a great live singer / performer who has had a number of sell out concerts in Canada and in the northeastern United States.

Known For : British heavyweight boxer who won the WBC Heavyweight championship in 1995 when he beat Oliver McCall winning the match on points, on March 16, 1996 he defended his title against Mike Tyson but was knocked out in the third round and retired soon after. 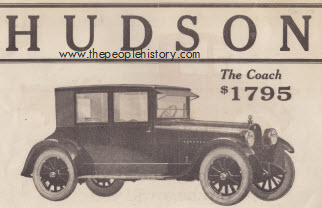 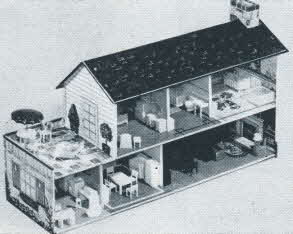