1940 : "I'll Never Smile Again" was recorded by Frank Sinatra and Tommy Dorsey and the Pied Pipers. The song was the first #1 hit on the weekly Billboard Best Selling Singles chart. Since then, it has been a popular standard for many artists in a variety of genres.

1929 : A new gold rush is starting in Australia as gold has been found just 3 feet below the surface and claims are now being made all over the area in South West.

1953 : Following the flooding in Lake Charles Louisiana which is now starting to recede the threat of Typhoid is increasing which could increase the death toll caused by the flooding and medical teams are on hand to provide typhoid shots.

Born This Day In History 23rd May

Known For : British Actress Joan Collins began her career in the 1950s. Throughout the Sixties and 1970s she continued her film career as well as making notable television appearances, often portraying a villain. In the 1980s she got her breakout role as Alexis Colby on the U.S. soap opera Dynasty. She was nominated for and won several Golden Globes and Emmy awards for her work on Dynasty. Collins continues to act, making cameos in films and television. She is well-known for her charity work and was made a Dame by Queen Elizabeth II in 2015. 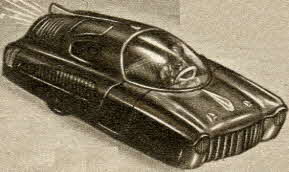 1934 :Bank robbers Bonnie Parker and Clyde Barrow were ambushed and gunned down with over 100 rounds of ammunition by police in Black Lake, Louisiana. Following the deaths of Bonnie and Clyde slain in Louisiana by federal agents, their bodies are being transported back to Texas and are to be buried in separate graves in different parts of Dallas. They were inseparable in life committing robberies and murders side by side across the nation but in death Bonnie's mother has stated Clyde took her daughter away from her but she will take her daughter back in death against Bonnie's last wishes.

Bonnie Parker and Clyde Barrow were notorious during the great depression years as outlaws, they were featured in newspapers through out the country because of their escapades robbing banks , small stores and gas stations. They became notorious not because they robbed and killed so many but because of the authorities inability to catch them. Many thought them as heroes because of their status as a modern day "Robin Hood" but reality is they killed ordinary people and did not "Give To The Poor".

While researching for this piece I came across one of Bonnie Parker's Poems and I have included a few of the verses below this was written just a short time before her death:

Written in 1934 by Bonnie Parker

Of how he lived and died;

If you're still in need

Of something to read

Here's the story of Bonnie and Clyde.

Now Bonnie and Clyde are the Barrow gang.

I'm sure you all have read

How they rob and steal

And those who squeal

Are usually found dying or dead.

There's lots of untruths to these write-ups;

They're not so ruthless as that;

Their nature is raw;

They hate the law--

The stool pigeons, spotters, and rats.

They call them cold-blooded killers;

They say they are heartless and mean;

But I say this with pride,

That I once knew Clyde

When he was honest and upright and clean.

They know that the law always wins;

They've been shot at before,

But they do not ignore

That death is the wages of sin.

Some day they'll go down together;

They'll bury them side by side;

To the law a relief--

But it's death for Bonnie and Clyde.

1945 : Heinrich Himmler, Hitler's second in command, committed suicide while in Allied custody by using a tiny vial of poison in his mouth at the time of his capture.

1966 : The British government declares a state of emergency following the start of the nationwide seamen's strike one week ago. The state of emergency will allow the Royal Navy to take control and clear the ports and lift restrictions on driving vehicles to allow for the free movement of goods.

Born This Day In History 23rd May

Known For : Morgan started playing golf at Boca Raton in Florida, while she was still at school. She began to play golf professionally at the age of seventeen and came joint second in the Women's Open Championship in 2005. Since then she has won four junior tournaments, as well as the Kapalua Classic in Hawaii and the Kraft Nabisco Championship. She plays in the L.P.G.A. tour and is ranking fourth in world rankings. She is the youngest ever player (at twelve) to have competed in the U.S. Women's Open. History of Golf 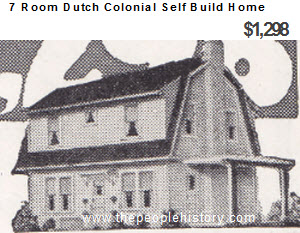 1977 : South Moluccan militants armed with machine guns hold 105 children and six teachers hostage in a primary school in northern Holland. A second band of gunmen held about 50 persons on a train about 10 miles from the school in Bovensmilde.

1981 : Syria has warned Israel that if it attacks Syria or Lebanon it will attack in the heart of Israel and was prepared to go to war to protect it's country, and could lead to a full scale middle east war.

1992 : Judge Giovanni Falcone is assassinated he was a senior anti Mafia prosecutor.

1993 : A Proposal has been put forward by Washington to create safe havens in Bosnia-Herzegovina , but the Muslim president has said his people are not willing to be put "in Reservations."

2005 : BBC workers staged a twenty-four hour strike over nearly four thousand proposed job cuts. The BBC stated that the broadcast unions had nearly forty-percent of workers join the walkout, and although many services were diminished, much of the television and radio news and entertainment organization was able to function at a minimal level. The BBC called on unions to resume talks.

2012 Art Owned by Gunter Sachs Auctioned for Over $40 million

2012 : Art that had been owned by late billionaire playboy Gunter Sachs was sold at Sotheby's in London for over $40 million. Some of the collection included a portrait of Brigitte Bardot, who had been married to Sachs, done by Andy Warhol as well as other works by the artist and a complete set of pop art furniture made by Allen Jones.

2013 : The Boy Scouts of America's national council voted to allow openly gay members but have not changed their ban on openly gay adult scout leaders. The move was welcomed as a step in the right direction for inclusion and tolerance. The ban had been in place for twenty-two years.