1940 : After 3 months of the Battle Of Britain in the skies over the South Coast the British Prime Minister Winston Churchill paid tribute to the British Royal Air Force, saying, "Never in the field of human conflict was so much owed by so many to so few." Find More What happened in 1940

1902 : Militant Cuban veteran soldiers demanded $85,000,000 from the Cuban government to compensate them for their previous military service. This would take money away from the sugar industry. At Puerto Principe, 5,000 soldiers demanded that President Palma and the Congress find money to pay their salaries.

1920 : The first commercial radio station begins operating in Detroit, Michigan with call sign 8MK (Now WWJ - Newsradio 950). The radio station was started by The Detroit News newspaper and is now owned and run by CBS.

1927 : Prime Minister Baldwin of Great Britain visited Canada and toured part of the time with the Prince of Wales and Prince George. This was the first time an English Prime minister had visited a dominion while still in office.

1936 : President Franklin Delano Roosevelt speech in the state of New York left Europe angry, but Latin America very pleased. The President’s comments that provoked opposite reactions were, “… the unhappy nations of the old world seem utterly unable to live amicably among themselves and we must recognize this and being ‘singularly blessed’ geographically take every possible advance preparation to keep out of their future conflicts.” 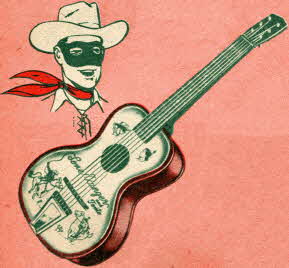 
It's a large size, 6-string Guitar, decorated just like a cowboy's. Has a rich professional tone. With shoulder cord and instructions for playing, tuning.

1940 : Leon Trotsky the Russian revolutionary and Marxist theorist and one of the leaders of the Russian October Revolution in 1917, is assassinated by a Soviet agent at Coyoacán, in Mexico City. where he lived in exile.

1948 : Post war Germany’s currency, the Reichmark, was worthless, but then was reformed and economic recovery was in sight. All classes of Germans had been leveled by the economic crisis and the black market was active. The newly invented Reichmark made bankers poor and families with lots of children wealthy. Each German citizen was allowed 40 Reichmarks.

1959 : The famous Wyatt Earp, who was the actor Hugh O’Brian, finally met his idol, Dr. Albert Schweitzer in Africa. O’Brian was conveyed up the river by natives who were lepers and he met the famous doctor at his hospital. After meeting Schweitzer, O’Brian referred to him as “a living saint”. The physician strongly urged the need to abolish nuclear testing and war and O’Brian came back to the U.S. with the same views.

1965 : The communist journal, The Kommunist, blasted President Johnson of the U.S. for what it called, “Johnson globalism” and causing a threat to world peace. The journal went on to point out that this kind of globalism would allow the U.S. to be the watch dog of the capitalist world and American intervention whenever U.S. interests were impinged upon.

1968 : Following Anti-Communist protests in Czechoslovakia in what is called "Prague Spring", Soviet troops intervene to crush the protests and restore order. The period of the "Prague Spring" began in January 5th, 1968 when Alexander Dubček came to power, with reformist policies for the country of Czechoslovakia.

1. Grant additional rights to the citizens.

2. Loosening of restrictions on the media and allowing free speech.

3. Partial decentralization of the economy and democratization.

Due to many of these reforms taking the country in a direction in opposition to Communist Ideology the Soviet Union and its Warsaw Pact allies invaded the country to take back power and halt the reforms.

1978 : Rhodesia, a break away colony of Britain, was to be called “Zimbabwe” and the country teetered on the brink of civil war. After a year of British and American diplomacy, President Ian Smith and militant black leaders were still at odds over how the transition was going to take place. Black guerrilla leader, Robert Mugabe, insisted on having his army in control, which would mean his group would have the actual power in Zimbabwe. What else happened in 1978

1982 : A Multi National peacekeeping force is sent into Lebanon to try and halt the fighting between Muslim and Christian Militia groups and to oversea the Palestinian withdrawal from Lebanon.

1988 : In the worst day of fires in Yellowstone National Park firestorms destroy over 150,000 acres of the park. This was the worst day of fire destruction in the park which saw a summer where over 1/3 of the park was destroyed with the fire gaining between 5 to 10 miles a day. 1988 was a terrible year for fires around the country due to the drought and only the intervention of nature with cool and moist weather in the late autumn brought the fires to an end. Much reporting in the Media reporting mismanagement of the fires was often sensational and inaccurate even claiming most of the park and wildlife was destroyed, which was not true.

1988 : The Thames pleasure cruiser Marchioness packed with young party goers collides with the Bowbelle dredger on the River Thames. The dredger Bowbelle ran into the Marchioness and due to the difference in sizes of the boats Bowbelle (2000 tons), Marchioness (90 tons) the pleasure cruiser was forced under the water by the larger boat and sank within a few seconds. The death toll of the disaster is put at more than 50.

Born This Day In History August 20

Known For : Don King is best known as a larger than life boxing promoter who was behind some of the best known boxing matches in history including "The Rumble in the Jungle" ( George Foreman against challenger Muhammad Ali. )and the "Thrilla in Manila" (Muhammad Ali and Joe Frazier), The list of boxers he managed reads like a who's who of boxing including Muhammad Ali, Mike Tyson, George Foreman, Evander Holyfield, Julio César Chávez, Felix Trinidad, and Larry Holmes. Many may not know he was also convicted of second degree murder and spent four years in prison.

Died: July 31st 1964 Williamson County, Tennessee, United States (Died while piloting his own aircraft and was caught in a violent thunderstorm)

Known For : Jim Reeves best known as American country and pop music singer-songwriter popular in the 1950s and 1960s starting with his first hit in 1953 with "Mexican Joe" over the next few years his hits included "I Love You Because" (with Ginny Wright), "According to My Heart", "Waitin' for a Train", "Billy Bayou", "Adios Amigo", Following his death in a plane crash and remembering that the The Beatles were dominating the world's music stage "Distant Drums" was released and became a number 1 in Britain and number 1 on The US country charts showing how popular the music and voice of "Gentleman Jim" as he was affectionately known.

Known For : Benjamin Harrison was the 23rd US President and served from 1889 to 1893. Before he became the President, he was a US Senator for the state of Indiana. He was the grandson of former US President William Henry Harrison.

1990 : Argentina’s soccer playing abilities caught the world’s attention in the World Cup as the Brazilian team was upset. Coach Carlos Bilardo commented, “Some of the (Argentinean) players played better than we expected. This was a classic South American match.” Argentina had been losing, but then Caniggia took a pass from Maradona and defeated Brazilian goal keeper Claudio Taffarel.

1998 : The United States launch cruise missile strikes against al-Qaeda training camps in Afghanistan, this was in retaliation for US embassy bombings on August 7 of Nairobi, Kenya and Dar es Salaam, Tanzania by the Islamic fundamentalist terrorist organization al-Qaeda which left more than 200 dead.

2005 : Retribution was swift against Sunnis who promoted the proposed new Iraqis constitution and encouraged Iraqis to vote in the referendum on October 15. Three Sunnis were gunned down as they were putting up posters designed to encourage Iraqis people to vote.

2007 : United States billionaire Leona Helmsley passed away from heart failure on this day. Helmsley owned many large properties in New York including upscale hotels. She served 21 months in prison in 1992 after being convicted for tax evasion.

2009 : Abdelbaset Ali al-Megrahi, the Lockerbie bomber, was released from prison by the Scottish government. He was released on the basis of compassion because he had been diagnosed with a terminal form of prostate cancer. The convict had been sent to prison to serve a life sentence in 2001 after being found guilty of the bombing of Pan Am flight 103 in 1988, which resulted in the deaths of 270 people.

2011 US Hikers Jailed for Eight Years in Iran

2011 : Two US Hikers who were accused of spying and illegally entering Iran were sentenced to eight years in jail by a Tehran court. Shane Bauer and Josh Fattal both deny the charges, saying they accidentally entered the country in July of 2009 while hiking near the border. A third hiker, Sarah Shourd, had been released on bail in 2010 and returned to the US.

2012 : Comedian Phyllis Diller died at the age of ninety-five in Los Angeles and the cause of death was not released. Diller came into comedy in the Fifties and was known for her large hair, crazy costumes and cackling laugh.

2013 : A radioactive water leak was found at Japan's Fukushima nuclear power plant. After being damaged by the 2011 earthquake and tsunami the plant has had several dangerous issues including melt downs, fires and other leaks. This was the largest of such incidents since 2011. 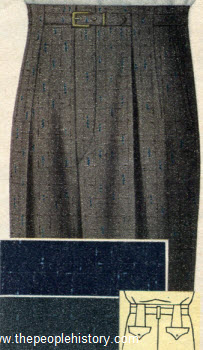