1814 : During the War of 1812, In 1814 British Troops led by General Robert Ross entered the US capital of Washington D.C. and and burned many of the public buildings down, including the White House and the US Capitol building.

1927 : Lloyd Bertaud (Pilot) and James Taylor (Navigator) have confirmed they plan to take off for Rome Tomorrow in their Fokker monoplane "Old Glory," three airplanes and their aviators were due to make this historic flight but only Old Glory is ready. The Italian aviators who were also to make the historic flight are not ready but the Italians have promised to give Old Glory a rousing reception when they arrive. Also two other American Aviators are leaving Bristol in England in an attempt to circle the globe in less than 28 days which is the current record. The current record was set using airplane, steamer and rail and the intrepid flyers are hoping to make the new record in less than 15 days. Captain Leslie Hamilton and Colonel FF Mitchen will leave tomorrow. Find More What happened in 1927.

1932 : Amelia Earhart became the first woman to make a transcontinental flight when she landed at the Newark Airport in New Jersey after a 19 hour flight from Los Angeles, CA.

1948 : As the number of aircraft needed to supply much needed supplies to Berlin since the Russian blockade increases, the risks of accidents is also increased and Two American C47 transport planes and their crew paid for the increased risk when they crashed at 4.00 AM while returning from a drop in Berlin.

1954 : The president of Brazil Getulio Dornelles Vargas committed suicide today after he was forced to step down from his presidency because of a military revolt. 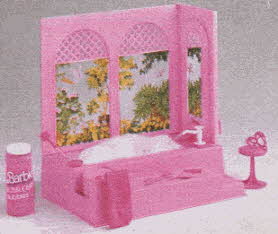 August 24th, 1973 : The deadly disease that affects horses Eastern Equine Encephalitis affecting the horses brain has struck down 50 horses in Mass and surrounding states, the disease is spread by the Mosquito and helicopters are being used to spray many thousands of acres with Malathion to kill the Mosquitoes. It has been confirmed that a case of the human strain Encephalitis is being treated in a local hospital. The disease is not carried from human to human which is why a mass spraying of mosquito spray is being used. Find out more What Happened in 1973.

1981 : Mark David Chapman is sentenced in New York to 20 years to life in prison for the murder of John Lennon on December 8th, 1980, when he shot John Lennon four times in front of his wife Yoko Ono.

1985 : A toxic leak at the Union Carbide factory on December 3rd has been blamed on a chain of human errors and mechanical safeguards failing. The leak allowed a cloud of Toxic Methylene Chloride and 22 other toxic substances to escape, and over 3000 people were affected in the town who have sued Union Carbide.

1992 : Hurricane Andrew with winds in excess of 150 MPH ravages Southern Florida destroying 85,000 homes and leaving 1/4 million homeless. 38 people are killed and estimated costs are put at over $30 billion dollars.

1993 : Police are investigating allegations of child abuse made against singer Michael Jackson by the father of one boy befriended by Mr Jackson. The allegations against Michael Jackson include that the singer seduced the child and performed sex acts with him at his Neverland ranch in Santa Barbara.

Known For : Yasser Arafat best known as the Chairman of the (PLO), President of the Palestinian National Authority, and leader of the Fatah political party, which he founded in 1959 during his life time he spent most of his life fighting against Israel in the name of Palestinian self rule and to create an independent State Of Palestine.

Known For : Carlo "Don Carlo" Gambino best known as the boss of the Gambino crime family whose illegal activities were loan sharking, illegal gambling and protection money from local merchants. He came to power in the Sixties after first controlling the New York Longshoremen Union and taking out any other gangsters who opposed him and took over rackets in Chicago, Los Angeles, Miami, Boston, San Francisco and Las Vegas. He was known in inner circles of the Mafia as "The Godfather" and "Boss of Bosses" from 1957 till his death from natural causes in 1976. Although it was known by all his involvement in organized crime he only ever spent 22 months in prison in 1938-39.

1996 : Hurricane Dolly slammed into Mexico for the second time in the shanty town of Tampica causing flooding , luckily the winds had decreased to 80MPH so only 1 woman was killed and most of the shanties survived with only minor damage. The shanty town is 450 miles south of Brownsville Texas.

2006 : The International Astronomical Union (IAU) defined the term "planet" for the first time and declared that Pluto was no longer the Solar System's ninth planet, demoting it to the status of a "dwarf planet." A group of 2,500 scientists at a meeting in Prague voted that Pluto would no longer be considered a planet in the scientific community. The scientists created a strict set of guidelines for classifying planets and Pluto did not meet the guidelines, the planet was reclassified as a dwarf planet. According to the new definition, there are currently eight planets (Mercury, Venus, Earth and Mars, Jupiter, Saturn, Uranus, and Neptune) and four dwarf planets (Ceres, Pluto, Makemake and Eris) now known in the solar system.

2007 : Field tests of a revolutionary laptop costing $100.00 has proved a success in Nigeria and Brazil opening up the opportunity to help third world countries children catch up with the rest of the world. The laptop has a number of revolutionary innovations and is part of the "One Laptop Per Child" initiative: no moving parts (1GB of flash memory) instead of traditional hard disc, super energy efficient processor AMD 433 MHz with in built graphics card, Open Source Linux operating system (OS) free, dual wi-fi antennas with 3 times normal range with mesh networking built in (peer to peer between laptops), low power dual-mode display, which allows toggle between color and black-and-white screens which provides screen reading in direct sunlight in BW mode, multiple options for charging super efficient battery including hand crank charge, solar panel charge and even a pull-string recharger, sealed waterproof green rubber keyboard, and still and motion capture camera.

August 24th, 2008 : The 2008 Summer Olympics came to a close in Beijing, China. There were no major incidents or catastrophes during the games. The Chinese won the most gold medals, while the United States won the most medals overall.

2008 : A suicide bombing in a part of Baghdad, Iraq killed twenty-five people on this day and injured another thirty. The attack was believed to be carried out by Al-Queda against Sunni Awakening groups.

2012 : Three people died after the newly built Yangmingtan Bridge collapsed in Harbin City in China, poor construction and over-loading were blamed for the incident.

2013 : Broadway actress Julie Harris died at the age of eighty-seven. Harris was one of the holders of the record for most Tony Awards, she was also nominated for and won several Emmy Awards. Harris was also known for her movie and television roles in films like East of Eden and shows like Knot's Landing. 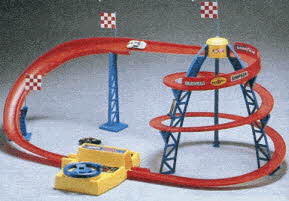