What Happened in 1986 Important News and Events, Key Technology and Popular Culture

What happened in 1986 Major News Stories include, Sweeping tax reform legislation USA, Bovine spongiform encephalopathy (BSE) commonly known as mad cow disease hits UK Cattle and causes major reform in farming practices. Iran-Contra Affair becomes public, US bombs Libya, Following a number of trouble free years in Space Exploration the Space Shuttle Challenger explodes shortly after take off watched by people live on TV around the world. The Internet Mail Access Protocol defined which opens the way for E-Mail and the same year the Human Genome Project is launched to understand the Human Makeup , this will open the way for great advances in the treatment of many illnesses. The worst ever Nuclear Disaster occurs as the Chernobyl Nuclear Power Station Explodes causing the release of radioactive material across much of Europe.

More Information for Chernobyl Nuclear Disaster
1. A nuclear power station in Chernobyl, Ukraine (which was still a part of the Soviet Union) exploded during April of 1986, causing a huge nuclear disaster.
2. Due to the explosion, large amounts of radiation and radioactive material was released into the local environment, effecting the health and safety of thousands of people including plant workers, clean-up workers, and the local population.
3. The explosion and resulting fire were caused by an experiment gone wrong, the presence of design flaws in the reactor, and a lack of safety oversight.
4. Hundreds of thousands of people were displaced by the disaster as the Soviet Union evacuated and closed off he surrounding area within 18 miles of the nuclear plant.
5. The explosion at Chernobyl not only damaged the surrounding environment with radiation, parts of Europe, notably Sweden and Finland, were also hit with contaminated dust and air from Chernobyl as it traveled through the atmosphere.
6. Eventually clean-up workers were able to contain the nuclear disaster by putting a concrete "sarcophagus" over the damaged reactor, but it was still thought to be somewhat unstable.
7. During the late 1990s to mid-2000s Europe and Ukraine worked together to create an even more permanent and stable cover to contain the radiation.

More Information for the Space Shuttle Challenger Disaster
1. The Space Shuttle Challenger is destroyed shortly after it launched during January of 1986.
2. The space shuttle was launching from Cape Canaveral in Florida and its mission was to bring seven astronauts into space including a teacher who had been specially chosen and trained to join the mission.
3. Tragically, all of the astronauts on board where killed in the explosion.
4. It was later discovered that O-rings on the rocket booster had been compromised in colder temperatures that were experienced in the days leading up to the launch.
5. The O-ring issue had caused the fuel tank to become damaged and the space shuttle to disintegrate.
6. Due to the disaster the Space Shuttle program was suspended for two years while the issue was investigated and safety features were improved.
7. The disaster was investigated by a special government commission which found that NASA had been warned about the potential design issues but chose not to act on the warnings.

More Information for Oprah Show
The Oprah Winfrey Show debuts nationally during September of 1986. The show had been a success with the local Chicago audience and rising host Oprah Winfrey soon signed a syndication deal. Her show soon became the highest-rated talk show in the U.S. and aired for 25 seasons, winning over 45 Daytime Emmy Awards. Using her show as a platform, Oprah became an influential figure in popular culture and is now ranked as one of the wealthiest and most powerful African-American women in the country. The Oprah Winfrey Show made over 4,500 episodes before it ended in 2011.

More Information for the Goodwill Games
The very first “Goodwill Games” were held in Moscow in July of 1986. Created by media mogul Ted Turner, the games were a multi-sport competition similar to the Olympics. There were a total of 3,000 athletes from 79 different countries who participated in the 182 events. At the end of the first games the Soviet Union had won the most medals with a total of 241 and the United States had the second most with 142. The Goodwill Games continued every 4 years until 2001 when they were ended.

More Information for Halley's Comet
Several space probes fly-by Halley’s Comet in March of 1986. Just after Halley’s comet had its closest approach to Earth during the previous month multiple space probes belonging to various countries and their space agencies had their chance to observe the comet as it went past. The probes that encountered Halley’s comet during March included Japan’s Suisei and Sakigake, the Soviet Union’s Vega 1 and Vega 2, the European Space Agency’s Giotto, and NASA’s International Cometary Explorer, making up what was called “Halley’s Armada.” ESA’s Giotto became the first spacecraft to observe a comet up close, and it was the just under 600 kilometers away from the comet at its closest (the next closest probe in the Armada was about 8,000 kilometers away). All of the probes made important observations about Halley’s comet, taking different types of measurements and collecting data as it passed.

More Information for Hands Across America.
The large public charity event “Hands Across America” is held during May of 1986. The publicity campaign asked Americans to join hands in a human chain across the country. Those who participated were asked for a ten dollar donation to get a place in the line. Approximately six and a half million people participated. The money raised from the donations was used to help people in poverty through local charities. The event was held by the same group of people that made USA for Africa.

Phantom of the Opera

More Information for Phantom of the Opera
1. Andrew Lloyd Webber’s stage musical adaptation of “The Phantom of the Opera” has its West End debut during October of 1986.
2. The musical proved to be incredibly popular and won Musical of the Year and Best Actor in a musical for lead Michael Crawford at that year’s Laurence Olivier Awards in London.
3. “The Phantom of the Opera” made its way to Broadway in 1988, where it would win several Tony Awards.
4. It has since become the second longest-running musical in the West End (behind Les Misérables) and the longest-running musical on Broadway.
5. It is estimated to have earned over $5 billion and been seen in 148 cities by over 130 million people.

More Information and Timeline for the Rutan Voyager.
On December 23rd of 1986, the experimental aircraft Rutan Voyager became the first aircraft to fly a continuous non-stop round the world flight without refueling. The aircraft made of a lightweight graphite amd took about six years to construct. It was piloted by Dick Rutan and Jeana Yeager. The record-breaking around the world flight took nine days and they traveled a total of 25,012 miles. When they landed back at Edwards Air Force Base, the Rutan Voyager had only five gallons of fuel left in its tank.

More Information for Studio Ghibli
1. The first Studio Ghibli film “Luputa: Castle in the Sky” was released during August of 1986.
2. The animated film was written and directed by the iconic Japanese film maker and Studio Ghibli co-founder, Hayao Miyazaki.
3. The film was re-released with some success in the U.S. in 2003 after having been released in limited forms previously.
4. “Castle in the Sky” was an impressive film for the new animation studio, winning several awards and ranking on many lists as one of the best animation films ever released.
5. Miyazaki and Studio Ghibli would go on to make several other popular films including “My Neighbor Totoro,” “Princess Monoke” and “Spirited Away.”

More Information for the Mir Space Station
The Soviet Union launches the core unit of the Mir Space Station into Earth’s orbit in February of 1986. Mir was the largest space station ever created at that point in time and between 1987 and 1996 five expansion modules were added to the core unit. During the next month after its launch Mir became inhabitable and remained occupied by over one-hundred space travelers from twelve countries until June of 2000. After 14 years of service the Mir Space Station was abandoned by Russia and the defunct station returned to Earth in March of 2001 with a controlled re-entry.

More Information for the Virgin Atlantic Challenger II
The Virgin Atlantic Challenger II powerboat broke the world record for the fastest crossing of the Atlantic Ocean during June of 1986. Manned by Richard Branson, the millionaire entrepreneur, the 72 foot boat was competing for the “Blue Riband” trophy and broke the record for fastest crossing of the Atlantic. However, the Hales’ Trustees who give out the award denied him the prize saying that he was disqualified for refueling twice during the trip and for the fact that his boat was not a commercial vessel. Despite this, it was still an accomplishment for Branson as he had attempted the 3,000 mile trip during 1985 but was unable to finish when his boat sank less than 150 miles away from the British coast.

More Information for Mad Cow Disease
The first case of Bovine Spongiform Encephalopathy (BSE), more commonly known as Mad Cow Disease, is found during November of 1986. The disease was identified at an agricultural lab in England. It was believed that the outbreak, which would go on to infect over 150,000 cows in Britain, began years earlier in 1984. Symptoms of BSE included a progressive deterioration of behavior and neurological functions, like an increase in aggression and an unsteady gait, leading to death. BSE was also linked to Creutzfeldt-Jakob disease in humans who had consumed infected meat. Millions of cattle were culled to stop the epidemic, ending around 1998 in the UK.

More Information for Polar Beacon and Research Satellite
The Polar Beacon and Research Satellite was launched from the Vandenberg Air Force Base in California during November of 1986. The mission, also known as Polar BEAR and STP P87-A, was a military operation with the objective of studying communication interference caused by solar flares and activity caused by the aurora borealis. The satellite weighed over 250 pounds and its body was made from a previously used Navy satellite. The satellite had been kept at the National Air and Space Museum for eight years before being taken back and launched with a new purpose. After its launch, it reached orbit successfully to begin gathering its data. 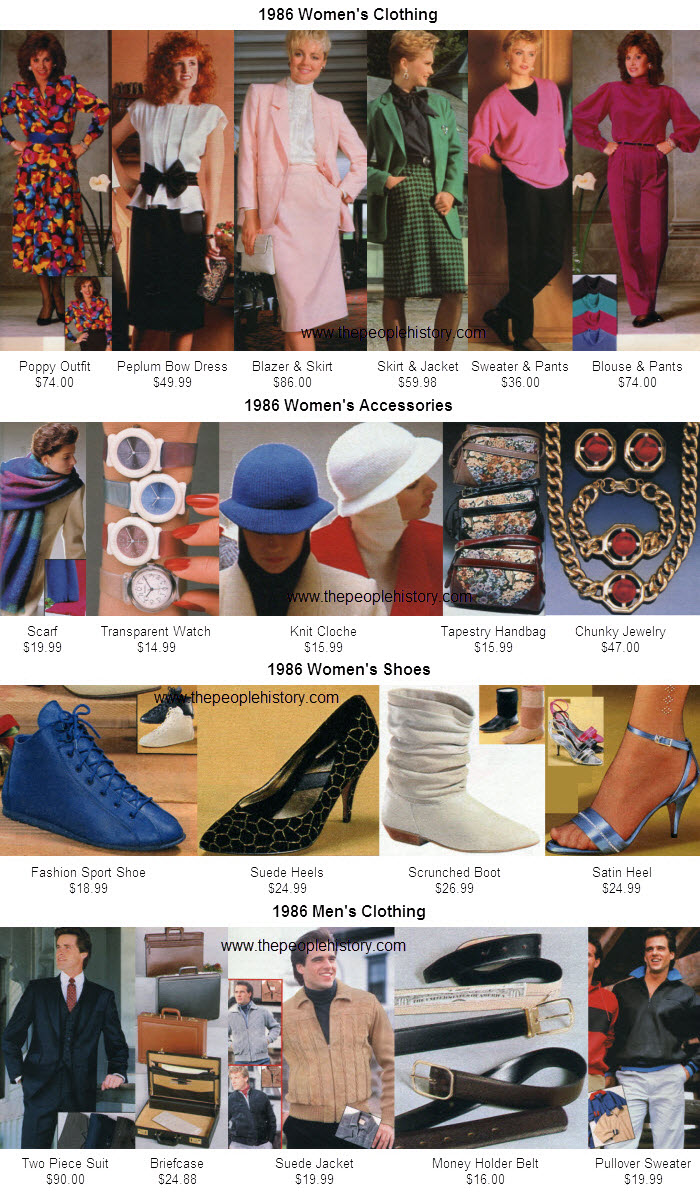 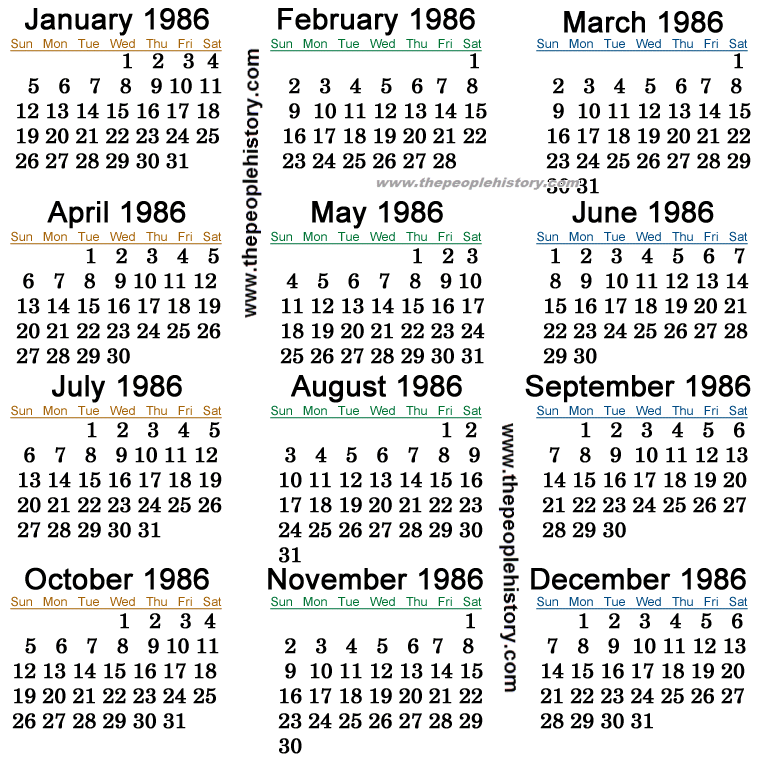 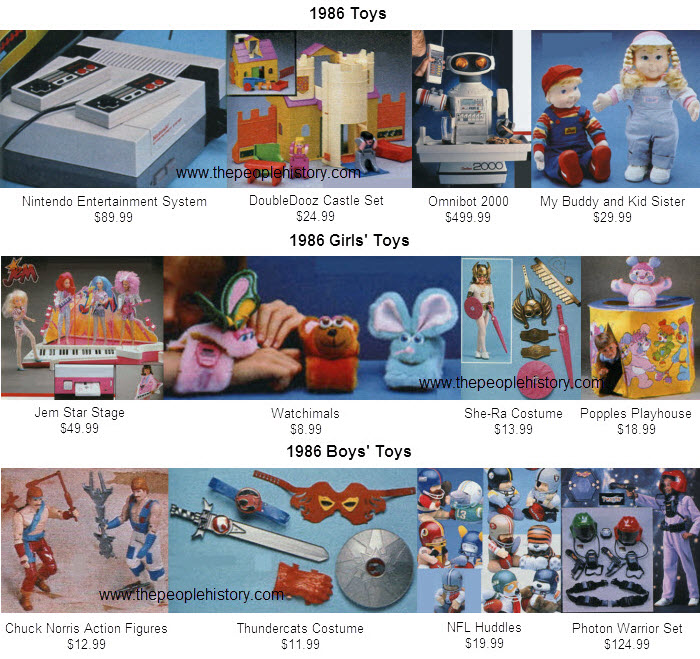 More News and Key Events From 1986