1949 : The first Volkswagen Beetle ( The Peoples Car ) in the U.S. arrived from Germany, designed by Ferdinand Porsche at the request of Adolf Hitler.

More about the Creation of Volkswagen

A Powerful Earthquake measuring 7.2 magnitude on the Richter scale hits the Japanese port of Kobe where hundreds of people are feared dead and thousands injured. Whole buildings, apartment blocks and an elevated highway collapse killing at least 200 people and injuring some 13,000. ( The Kobe earthquake was one of the worst to hit Japan which is prone to earthquakes and left 6,433 dead, Nearly 27,000 injured, and more than 45,000 homes destroyed.

The BBC launches a Breakfast Television Program featuring Frank Bough, Nick Ross and former ITN news reader Selina Scott. The BBC has launched this prior to the new TV-AM franchise due to launch a breakfast television program in February. ( Newspaper Critics said there was no need for breakfast Television possibly because they were concerned re newspaper sales ) By 1984 TV-am's "Good Morning Britain" and the BBC's "Breakfast Time" were bringing in 1.5 million viewers per day .

As in the rest of the world around this time, a slight shift is made in the styles of clothing worn. Women in particular still wanted to dress nice during this time, but yet were wearing more practical clothing.

One of the items that were considered to be made more comfortable during this time was shoes. Many women were looking for pairs with lower heels-ones that help them live out their current active lifestyle.

It was during this time in Canadian history as well as in other areas of the world when size did not matter. Women used to want to try to fit their feet into smaller shoes, when really they should be wearing at least a half a size larger.

Therefore, since women were feeling less self-conscious about size in general-including for shoes-the shoes they wore fit much better. The same was for all the other clothing women wore during this time.

US surplus war material was being sold to the Mexican government, as approved by President Coolidge. In fact, the first shipment of such had already arrived before this news bit was reported.

Members of both the House and the Senate from both Political parties had opposed this action. In fact, some members advocated that a ruling should be made that would establish the selling of arms and war goods to foreign countries illegal permanently.

The first jazz concert is performed at Carnegie Hall. Benny Goodman and his orchestra performed at this iconic New York City venue and the event included guests like Count Basie and other popular names of the day. It gave the genre credibility as a legitimate musical preference.

1942 : The U.S. Asiatic fleet had sunk three Japanese enemy ships. This happened as the U.S. headed towards Japanese supply lines in the Pacific.

This victorious operation was performed by the Far Eastern Fleet. In all, this fleet had sunk a total of 29 Japanese ships since the beginning of the war.

The Germans were defeated by the Soviet army in Warsaw, Poland. This capital of Poland was then freed from the German army.

1950 : The Great Brinks Robbery ( Boston ) A team of 11 thieves, steal more than $2 million from the Brinks Armored Car depot in Boston 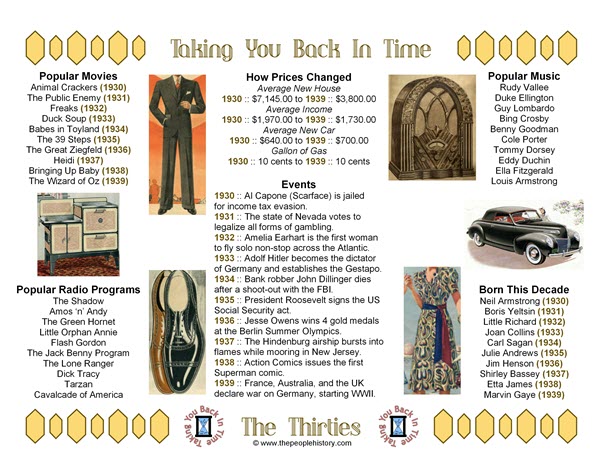 Known For : Eartha Kitt was a famous actress and singer who made her mark on many films and broadway. She was known for being Catwoman in the 1960s Batman television series and was also known for the song "Santa Baby." Earth Kitt died of colon cancer in December of 2008.

Known For : Andy Kaufman was known for being a popular comedian and actor. He had many characters that he played including the "foreign man" and "Tony Clifton." He also made many television appearances on shows such as Saturday Night Live and The Late Show with David Letterman and he had a recurring role as the character of "Latka" on the show Taxi. Known as a practical jokester, many fans believe that Kaufman faked his own death in 1984, but most evidence points to the fact that he did actually pass away from a rare form of lung cancer.

1961 Eisenhower gives his last speech as president of the United States. In his speech he expresses his hopes of the future, as well as his concerns.

He warns against what he called the "military-industrial complex" and strongly urged people to seek peace. He also used the words such as "diplomacy," "compassion," and "restraint" in reference to future dealings with the Soviet Union.

Eisenhower also expressed sadness that at that time there was no peace. He then ended his speech with a closing prayer.

An H-Bomb was lost in the Mediterranean after a B-52 bomber had made impact with a KC-135 jet. Two other bombs were dropped near Palomores, a small town in Spain.

The Chrysler Corporation had announced a recall the day before on certain automobiles. Up to 5,512 vehicles cars with steering system defects were to be returned, as well as 751 vehicles with miss-assembled transmissions.

O.J. Simpson won the Male Athlete of the Year Award for the previous year. This award was given the day before by the Associated Press.

At this time, Simpson was a running back for the Buffalo Bills. He had also won other awards in his career as well, such as the very much-coveted Heisman Trophy.

1977 : Gary Gilmore, convicted in the double murder of an elderly couple, is shot to death by a firing squad in Utah, becoming the first person to be executed in the United States since the death penalty was reinstated .

An earthquake which measured 6.6 on the Richter scale shook up the city of Los Angeles on this day. This natural disaster killed 54 people and caused billions of dollars in damage. This was one of the largest earthquakes to have taken place in the United States.

From our History of Football Page

'The game of American football (hereafter referred to just as "football") developed out of something like a cross between association football (or soccer) and rugby. Rugby itself grew out of the soccer tradition in England, so soccer is truly at the very core of this sport. However, as both games made their way across the Atlantic, they were both played at colleges and universities, and out of those two games, football was born. The earliest history of the sport tells us that no single variety of the game was played; some schools played essentially soccer, others rugby, while still others played various combinations of the two (and certainly without any formalized rules). It what is commonly billed as the first college football game, Princeton and Rutgers played each other on November 6, 1869 at Rutgers in New Brunswick, New Jersey. The game was played under modified London Football Association rules - for example, players could only kick the ball, not touch it with their hands and each score, called a goal, counted for one point (Rutgers beat Princeton 6-4). However, unlike soccer, there were 25 players on each side, not the usual 11. This first college game was essentially soccer, but nevertheless laid the groundwork for the modern game as we know it today. In order to do that, however, rules would have to be put in place to truly differentiate the sport.'

'After Princeton and Rutgers got things started, other eastern universities began to cotton on to playing the game, first with Columbia University, and later other schools like Harvard and Yale. In 1873, representatives from Columbia, Princeton, Rutgers and Yale met to formalize rules; however, these rules were based mostly on soccer. Harvard, which played a more rugby-heavy style, refused to attend the meeting, continuing to play the game their way, notably in two contests against McGill University (from Montreal). The two schools played essentially the same type of game, with rugby-style rules, including running with the ball. As Harvard slowly won over the other schools to its style of play, it necessitated a new meeting to standardize new rules. That meeting, known as the Massasoit Convention, created rules based largely on the Rugby Football Union code. The game was inching closer to what we know today as football.'

Large parts of the US are still gripped in extreme cold temperatures, ice storms, sub-zero temperatures and heavy snow. California has been badly affected with a state of emergency announced, after citrus growers said the cold weather had probably destroyed about 70% of the state's crop. Ice storms have left nearly 1/2 million without power due to power lines down. A state of emergency has been declared for Missouri and Oklahoma.

2008 : Economists, The Federal Government, Politicians and everyone else are for the first time mostly agreeing and discussing a possible recession and how to avert..

An increase of defaulters on other loans and credit cards

Worse than expected consumer spending during the holiday season

Employment figures going over the 5% barrier

Concerns over inflation pressures caused by increased fuel and high government spending which in turn make it harder for the fed to pump large amounts into the economy.

The figures released in the next few months including inflation, employment, housing and if the credit squeeze tightens will determine which it will be Adjustment, Bear or All Out Recession

Following a Joint Cease fire between Israel and Hamas the war in Gaza ends which had started on December 27th 2008. The war had started following an Israeli wave of air strikes on 150 preplanned targets within a span of One Hour on Hamas targets, The bombing was in retaliation for Palestinian rocket attacks on Israel. The war intensified following the bombing and escalated with Israel troops and further strikes by the Air Force and Navy on Hamas targets.

Iran has suspended pilgrimages to the Muslim holy places until the Saudi religious police end their 'appalling behaviour' towards Iranian Shi'ite pilgrims. "The reason for the suspension is because the way the agents of the Saudi Commission for Promotion of Virtue and Prevention of Vice have been dealing with our pilgrims," the head of public relations of the Iranian hajj and pilgrimage organisation said.

Jean-Claude Duvalier, former president of Haiti, returned to the country after being exiled twenty-five years ago. Duvalier stated that he wanted to help the country as it struggles with rebuilding itself after a devastating earthquake in 2010. Jean-Clause Duvalier, known as "Baby Doc", was the son of former leader Francois Duvalier and ruled from 1971 until 1986 when he was forced out of the country after a coup by the military amid popular unrest. Duvalier was accused of massive corruption and embezzlement.

2013 : A linebacker for the University of Notre Dame, Manti Te'o was involved in a bizarre hoax in which his girlfriend who had allegedly died of cancer was revealed to be non-existent. Te'o revealed that he had been the victim of a prank and that his girlfriend was really someone else who had tricked him into an online romance.

2014 : A judge in Pennsylvania has overturned a 2012 voter identification law that had asked voters to show a photo ID in order to vote. The law was passed by Republican politicians in the state in 2012 and it had been banned from enforcement since 2012. The judge ruled that it placed an "unreasonable burden" on voters and does not promote free and fair elections.