Following on from the twenties, because of the great depression you would expect the thirties choices to decrease. Surprisingly, they did not and new manufacturing methods combined with the growth of radio and the movie theaters, making house hold names of radio and movie stars, increased the range of toys kids wanted. It is also interesting seeing kids pedal cars reflect the streamlining of automobiles. As I researched the decade a few things stood out including the growth of Home Movie Projectors and the sale of Mickey Mouse films and how by the mid thirties many of the prices had dropped partly through cheaper manufacturing methods and partly because of the great depression.

Popular Toys in the Thirties 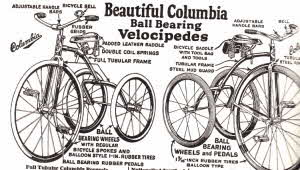 
Columbia 3 Wheel Velocipedes ( Tricycle ), features include bicycle bell, adjustable handle bars, padded leather saddle with coil springs, tubular steel frame, ball bearing wheels and bicycle spokes. Through to the late 50s the word Velocipede / Bicycle or Bike were used to describe human-powered vehicles with one or more wheels it very much depended on who the manufacturer was, towards the late 1950's Tricycle and Bike / Bicycle were used much more in advertising and now it would be hard to find an add for a Velocipede. 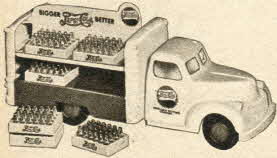