Search The People History Today In History Years and Decades

The 1950's were a time of changes and the music of the decade both reflected the cultural changes that were happening while still holding on to the societal norms of the past. Following the detrimental effects of World War II, the United States was about to embark on a musical journey that would change the face of music for decades to come. Racial tensions were being strained with the beginning of the civil rights movement and music reflected many of those tensions. Rhythm & Blues (R&B) and Rock 'n' Roll popularized "black" music and many African-American musicians rose to prominence and enjoyed success, but while some were able to reap the benefits of their work, many others were forgotten or denied access to audiences through segregation. A lot of people believe that during the fifties many of the white artists stole music from African-Americans and capitalized on it for their own benefit in a way that the original artists could not. A perfect example of this happening is when Pat Boone was made to cover Little Richard's song "Tutti Frutti" and Boone's version topped higher on the charts, while considered by many to be the inferior version of the song. Others believe that the popularization of R&B and Rock 'n' Roll only helped to bridge the gap between blacks and whites and further the civil rights movement. While those genres paved the way for future music, traditional pop and country music clung to the past with old standards remaining popular and a multitude of covers topping the charts. Either way, this decade was a time of innovation that helped to influence everything that we listen to on the radio today.

Styles of Music Popular in the Fifties

The 1950's saw the emergence and rise of Rock 'n' Roll and Rockabilly. Carl Perkins was one of the pioneers in the creation of rock music and his style is often referred to as "Rockabilly" because it sounds like a combination of country and R&B music with rock influences. Some other artists that were popular in the rockabilly genre were Buddy Holly, Jerry Lee Lewis and Gene Vincent. Perkins wrote and recorded his chart-topping hit "Blue Suede Shoes" in 1955 and the song was then covered by Elvis Presley and enjoyed even more success. Elvis Presley is thought to be the "King of Rock 'n' Roll" by many and rose to fame after beginning a professional relationship with Sam Phillips - a studio owner who wanted to market "black music" to white audiences. Elvis was more successful in this endeavor than any other artist of the time and he epitomized the Rock 'n' Roll style and teenage rebellion of the 1950's. One incident that best exemplifies these qualities in Elvis was his controversial performance with hip gyrations on the Milton Berle Show in 1956, a performance that shocked the conservative sensibilities of adults during the time but drew in the youth as his performance on the Ed Sullivan Show only a few weeks later drew in nearly eighty-percent of the television viewing audience. While Elvis is largely responsible for the popularization of rock music, it is important to remember the original African-American artists who created the genre and were pushed out of the rock scene like Little Richard, Chuck Berry, The Coasters, Chubby Checker, Fats Domino and the many others who were not afforded the opportunity to even record their music. 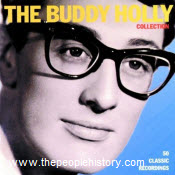 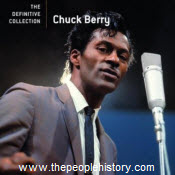 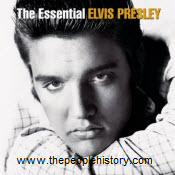 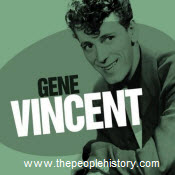 **As you read through this section you may think that some artists listed in one genre should be featured in a different genre. This is because that a majority of the popular and well-known artists were well versed in a number of genres and enjoyed great cross-over success during this decade. Nearly all music from the fifties featured influences from rock, R&B, country, and pop. We tried our best to break down these genres and the examples of artists for each were chosen on the basis of if you were to hear their most popular songs today, what genre would it most feel like. It is important to recognize that many of the musicians of the fifties focused on gaining mainstream recognition and to do so they needed to appeal to all audiences and therefore dabbled in many genres. It was also one of those perfect times in music history where a confluence of genres just happened to produce some of the most loved and well-known music of the past eighty years.**

Personalized Prints from Back In Time Gifts

Traditional Pop music of the 1950's refers to the music that was popular before rock music came into the mainstream in the middle of the fifties, it also refers to music that was popular at the same time as the beginning of rock music during the rest of the decade but remained largely free of rock influences. Some examples of traditional pop artists who were popular during the decade were Perry Como, Tony Bennett, Nat King Cole, Patti Page and Dean Martin. Often the most popular musicians in this genre translated well onto television as they would sometimes have their own television variety shows or music specials. They sang a lot of original material, but a lot of their most popular hits were American standards, or songs that had been released many years previously but were already well known by the public. Most songs in this genre could be classified as being simple and melodic with catchy lyrics. Many of the traditional pop artists of the 1950's were interpreters of pop standards who would take the old well-known songs and put their own individual style into it. Some of the most popular interpreters were Ella Fitzgerald, Frank Sinatra, Peggy Lee, and Doris Day. This genre was greatly influenced by jazz, swing and big band. 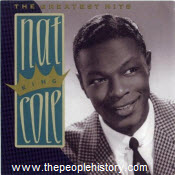 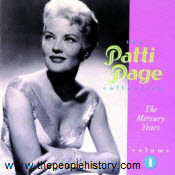 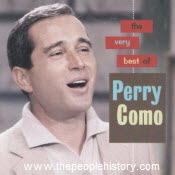 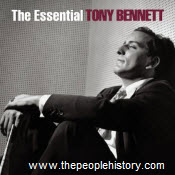 Johnny Cash and Hank Williams defined the Country and Western style of music during this decade. Cash’s music was more of a country sound with a rockabilly influence and his songs often centered around a certain theme, including life, sorrow, and relationships. He also strived to integrate humor into his lyrics to make his collection well-rounded and respected by a variety of audiences. Because of his compassion for his fellow human being, he performed many times for inmates in several prisons across the country and his most famous performances resulted from Folsom Prison. In similar musical style, Hank Williams was a prominent singer and songwriter of the decade. He continues to be a country music icon and helped to popularize the Honky Tonk style of country music, characterized by the piano and ragtime sound combined with country and rockabilly harmonies. His most popular songs, including “Hey Good Lookin’” and “Your Cheatin’ Heart,” have come to define the country style of the 1950s. He also helped to create the Outlaw Country genre – a style which included songs about spirituality and rowdy times. Other country artists also began their careers in the 1950s but did not reach the height of their success until the next decade, like Patsy Cline and Conway Twitty. Country music also served as catch-all genre where many artists, like Connie Francis, Frankie Laine, and Pat Boone, might record one or two singles with a country influence but would remain largely producers of traditional pop music during the decade. 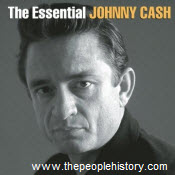 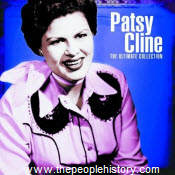 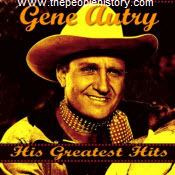 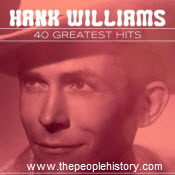 Rhythm and Blues emerged from the jazz music of the 1940's and it came to be a term for blues music that was slightly more upbeat. Rhythm and Blues of the fifties combined jazz, doo-wop, blues, and gospel to create a unique sound during the decade. It also spurred the creation of such genres as Rock 'n' Roll, soul, Motown, and funk music. Many R&B artists of the decade were originators of rock music and a lot of the songs that came out of the fifties in the rhythm and blues genre are one in the same with the rock 'n' roll genre. A lot of the most popular songs of rock music enjoyed time on the R&B charts during the decade. Many African-American musicians who pioneered rock music were somewhat pushed into the category of R&B artists by music producers who were trying to make way for white rock 'n' rollers to capitalize on the new genre. This genre is largely populated by African-American musicians with many white artists and musical groups covering the original material and turning R&B songs into traditional pop songs with a more mainstream sound (like the Chordettes and the Crew-Cuts). Some of the most notable R&B artists of the decade include Frankie Lymon and the Teenagers, Sam Cooke, The Drifters, The Platters, Ray Charles and Lloyd Price. 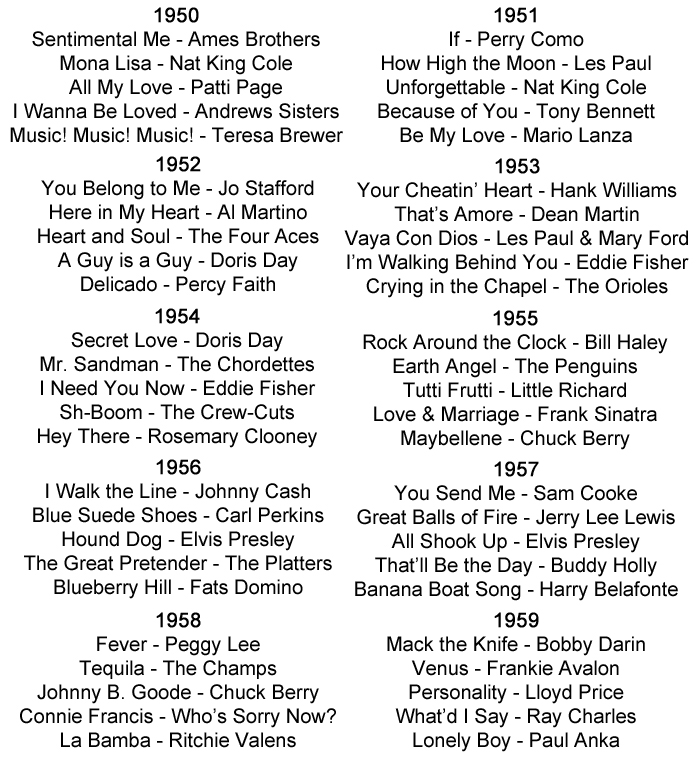 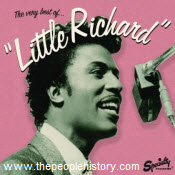 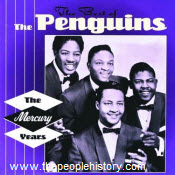 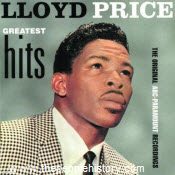 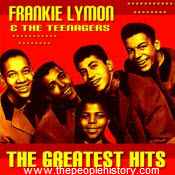 Some more hits from the 50's

You're Breaking My Heart Ink Spots 1950

Rock Around The Clock Bill Haley & His Comets 1955

Memories Are Made Of This Dean Martin1956

All Shook Up Elvis Presley 1957

Smoke Gets In Your Eyes The Platters 1959