1997 : Mother Teresa, a Catholic nun who devoted her life to helping the poor, died at the age of 87.

1921 : The Irish President has rejected Lloyd George's proposal and has stated in a reply to Lloyd George that there is no voluntary Union with Britain and the Irish People choose as a fundamental right to set up an Independent Republic. The British government is now faced with the possibility of war between Ireland and England.

1934 : Three Hundred workers who were besieged in a textile factory by 10,000 angry strikers in fall river Massachusetts were bought out from the factory today by police using tear gas and pistols on protesting strikers. The strike is expected to now go countrywide in an attempt by the Union to force Textile Factory owners to increase the wages and conditions of it's workers.

5 Sept, 1939 US Neutrality In European Conflict

1939 : The United States served a formal notice on the world that it is determined to maintain a strict neutrality in the European conflict.

1942 : The German Luftwaffe dropped thousands of leaflets on Southern Britain last night with pictures showing the prowess and superiority of German Forces.


Strikingly smart and very new is the gaily colored futurist print that adorns the blouse of this attractive two-piece frock. Material is soft, lustrous all silk crepe de chine, the skirt being of solid tone that matches the background of the print. The skirt also has a lower border of matching rich colors. It comes attached to a soiesette bodice lining.

1959 : The Post Office is introducing new direct dial pay phones in the UK which will not require connection via an operator, the new phones will accept 3d, 6d and 1s coins and payment will be needed only after the call is connected.

5 Sept, 1967 Sweden Changes Over To Driving On The Right

September 5th, 1967 : The changes to driving on the right hand side which came into law this weekend caused less problems and accidents than in a normal weekend due to the additional careful driving of Swedish Drivers becoming acquainted to the change.

1969 : Lt. William Calley a platoon leader is charged with premeditated murder in the death of 109 Vietnamese civilians at My Lai in March 1968. He had led his men in a massacre of Vietnamese civilians, including women and children, at My Lai. The incident was covered up, but eventually came to light a year later.

September 5th, 1972 : Members of the Arab terrorist group known as Black September attack the Israel Athletes Compound in Munich Germany during the Olympic games killing two athletes and demanding the release of 236 Arab prisoners and a plane. During the transfer of the terrorists and their captives from helicopters to the aircraft German police mounted an attack during which all the Israeli hostages were killed and 3 of the terrorists.

1975 : IRA terrorists bomb the Park Lane London Hilton Hotel killing two and injuring 60 more. The bomb had been left in the lobby of the hotel and the coded warning did not provide sufficient time for the hotel to be evacuated.

September 5th, 1978 : In England just off the coast of Harwich Roy Bates has declared that the new state of Sealand is outside British jurisdiction, The new state he has declared is an old abandoned steel antiaircraft fortress built during the second world war 7 miles out to sea. He plans to build a radio station which will also be outside British jurisdiction which will become one of the ever growing Pirate Radio Stations providing entertainment to the British Public.

1986 : Pan Am Flight 73 was hijacked by four armed men dressed as security guards demanding to be flown to Cyprus at Karachi International Airport in Pakistan. The hijack ended after the aircraft lost power causing the hijackers to fire indiscriminately killing 22 passengers and injuring 150 others.

September 5th, 1988 : Following a number of smaller savings and loan bankruptcies the largest American Savings and Loan Association the Robert M. Bass Group signed off on a deal to acquire the nation's largest bankruptcy backed by $2 billion in Federal aid.

7. In what year was the Indianapolis Motor Speedway for car racing built?

8. In what year did New Mexico become a state?

2002 : President Bush has promised to seek congress approval for "whatever is necessary" to oust Saddam Hussein from power in Iraq, Democrats in the senate are concerned that the president has not yet proved his case to go to war with Iraq.

September 5th, 2003 : Toyota has overtaken Chrysler to become the third best selling cars in America with 12% market share, but still some way behind Ford with 19% of the market and even further behind the market leader General Motors who have a whopping 27% share of the market.

2003 : Hurricane Fabian with winds in excess of 125 mph has struck the tiny island of Bermuda creating havoc on the island as power cuts affect more than 25,000 homes, and flying debris and downed trees blocking roads.

September 5th, 2004 : The current administration under George Bush is pushing through new laws which end many of the environmental protections put in place under the Clinton administration and maybe the most affected could be the worlds largest temperate rainforest "The Tongass Forest" in Alaska. Under earlier environmental controls "roadless rule" large areas of forestry were protected but there are new large scale logging plans not only for Tongass but other national forests.

2005 : The continuing war between file-sharing services and the record labels has moved to Australia where the Australian Federal Court ordered Kazaa's owners, Sharman Networks, to modify the software to prevent further piracy. This is just another one of the many court cases the record labels are bringing in the US and around the world to protect their music. Earlier in the year the US Supreme Court ruled that file-sharing services could be held liable for copyright infringement under certain circumstances. In the ongoing war between File Sharing Services and the Record Industry as the industry targets one file sharing company others become more popular with Bit Torrent now 4 times as popular as Kazaa. It is thought that nearly 50% of all traffic on the Internet is Peer to Peer traffic.

September 5th, 2006 : Ford Motor company named former Boeing employee Alan Mulally as their chief executive, replacing Bill Ford. Bill Ford stated that the company needed someone to take them in a new direction after they faced large losses in early 2006. Bill Ford was to remain the executive chairman.

2007 : Apple has launched it's latest product the iTouch a mixture between an iPhone ( touch screen ) and an iPod which has built in wi-fi and a web browser allowing the device to download music via the onboard wi-fi iTunes store, prices have been announced as $299 with 8 gigabytes of memory for Apples latest gadget.

2009 : A boat carrying some fifty-seven tourists sank while crossing Lake Ohrid in Macedonia on this day. Fifteen passengers died as a result and reports say that overcrowding on the boat meant for forty-five people could be a cause.

September 5th, 2011 : Samsung pulled its Galaxy Tab 7.7 from the IFA Electronics Fair in Germany after sales of its Galaxy Tab 10.1 were banned in the country amid accusations of copyright infringement against Samsung by Apple.

2012 : A six year ban on broadcasting live bullfighting on television in Spain ended. A bullfight in Valladolid was broadcast on public television in the country after conservative Prime Minister Rajoy lifted the ban.

September 5th, 2013 : Two men dressed as police attacked a Shia Mosque near Kabul in Afghanistan. At least two people were injured in the attack and the two gunmen were killed after a gun battle with authorities.

Born This Day In History September 5

Known For : Bob Newhart best known for the 1970s sitcom "The Bob Newhart Show" where he played the psychologist Dr. Robert "Bob" Hartley. He also released a live comedy album, The Button-Down Mind of Bob Newhart, which went to number 1 on the Billboard 200

Known For : Raquel Welch American Actress who is best remembered for her sexy movie roles in the late 60s and early 70s including "Cora in the Fantastic Voyage 1966," "Juliana in The Biggest Bundle of Them All," " Lust in Bedazzled opposite with Peter Cook and Dudley Moore" and "Constance in The Three Musketeers" for which she won a Golden Globe for Best Motion Picture Actress in a Musical or Comedy. 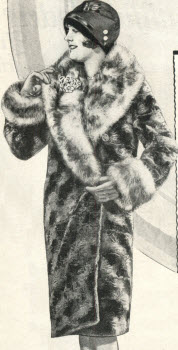 
Fur fabric coats, such as this one, are enjoying a lively popularity among well-dressed women everywhere. They give you much of the rich luxurious appearance and genuine warmth of real fur--for a very moderate price. This coat is of heavy fancy fur fabric in lustrous finish. The long shawl collar and deep cuffs are of mandel fur, dyed like Silver fitch. Smart flower on the collar gives a bright dash of color. Fancy silk mixture lining. Full flannelette interlining. Inside pocket and ties. You will go far before finding beautiful quality like this for such a low price.