1962 : Black student James Meredith is barred from enrolling at the University of Mississippi by the segregationist Governor Ross R. Barnett. Following the US Circuit Court of Appeals who ordered James Meredith admitted to the Univ. of Miss he became the first black student at the University of Mississippi On October 1, 1962, which led to rioting on campus, requiring federal troops and U.S. Marshals to take control of the riots which left two people dead and many more injured. The federal troops and U.S. marshals were sent by President John F. Kennedy.

1926 : Following the severe hurricanes that hit Florida and Miami in particular President Coolidge has asked the nations people to help and give donations to the American Red Cross. The government has sent eight coast guard ships to Miami and the Florida National Reservists have been called to active duty to help distribute help and assistance. The most damage was caused by the second hurricane just 4 days after the first which cut off all communications to Palm beach and Miami. Relief trains with food, medical supplies and clothing are arriving hourly from all parts of the United States. The new city of Hollywood just 17 miles from Miami is totally devastated with just 1 building left standing. First reports indicate 200 people have died in Fort Lauderdale and surrounding areas and 800 in Miami and wind speeds for the hurricane reached 140 MPH. The hurricane then went through Pensacola in Northern Florida with wind speeds still at 100 MPH and the area was evacuated.

More about the Great Miami Hurricane

1933 : The civil war in Cuba is causing Americans to seek protection from US war ships as the fighting continues to intensify, also to make matters worse Malaria is breaking out in Havana and other cities with the number of cases growing daily. Many American owned businesses are under siege from the rebels including their own workers. 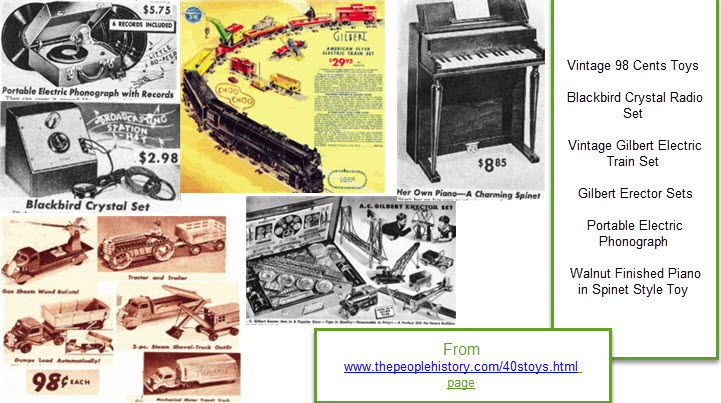 1933 : The Pittsburgh Steelers make their first appearance in the National Football League. In their first game, they played the New York Giants and lost with a score of 23-2. Find out more about the History of American Football including history, teams, growth, and the modern game.

1942 : As part of British war effort to conserve fuel every household is asked to bathe in no more than 5 inches of water, the royal family is leading the way with black lines painted on all baths in the royal household at a depth of 5 inches with posters all over the palace reminding all of the need to conserve energy.

1946 : The first annual Cannes Film Festival opens at the resort city of Cannes on the French Riviera.

1973 : The much publicized battle of the sexes in Tennis for $100,000 between Billie Jean King and Bobby Riggs at the Houston Astrodome ends with Billie Jean King beating Bobby Riggs in straight sets 6-4, 6-3, 6-3 watched by a worldwide television audience of 50 million.

September 20th, 1978 : The death toll in the area hit by an earthquake which hit Tabas and the surrounding villages on Saturday has now reached 16,000 and Iranian aircraft are spraying areas effected with disinfectant in a hope to keep diseases from spreading. The smell of death still pervades through the smell of disinfectant as there are still large numbers of dead who have not been buried. Iran has asked the world for help and medical supplies and staff as many wounded men and women are still untreated due to the small hospital in the area.

1985 : The South African government has returned Stevie Wonder to the air waves after banning his music from being played on radio stations for dedicating his Oscar to the imprisoned anti-apartheid activist Nelson Mandela. Following scores of protests at home and abroad they have relented and allowed his music to be heard on Radio Stations.

From our Computer Games Page

I am old enough to remember playing all of these

1999 : A multinational United nations peacekeeping force has landed in East Timor in an attempt to restore law and order to the area.

2002 : Following the suicide attack earlier in the week in Tel Aviv, the Israeli army have surrounded the Palestinian leader Yasser Arafat's compound in the West Bank town of Ramallah with tanks. The Israelis are demanding Palestinians wanted by the Israelis in connection with terrorist attacks surrender.

2004 : German far-right parties including The National Democratic Party (NPD), often compared to Hitler's Nazi party where political rallies often include skinheads and neo-Nazi paraphernalia win 9% of the vote in Saxony. Politicians in Germany and around the world are watching the current voting trends closely with some concern.

September 20th, 2006 : Fossilized bones of a female juvenile Australopithecus afarensis found in Ethiopia were finally fully uncovered. The bones date back to about 3.3 million years ago and are thought to belong to an Australopithecus afarensis that was about 3 years old at her death. The discovery will provide many clues into the evolution of humans and pre-historic species of hominids.

2007 : Monks have organized and joined street protests in Burma over the way the country is run including abrupt fuel price rises, high childhood malnutrition rates, and the beating of occasional monk who joined the earlier protests by the authorities, and arrests of any protesters who have taken to the streets by the authorities. With the monks now taking a more active role the military government will be scrutinized by media and governments around the world.

September 20th, 2009 : Bangladesh trains its first ever lifeguards with the help of Australians. Bangladesh is considered one of the wettest countries on earth and drowning is a leading cause of child deaths.

2011 : The US Military's "Don't Ask, Don't Tell" policy that banned open homosexuality was officially ended on this day. The measure had been put in place in the early 1990s during the Clinton administration to replace an outright ban on gay members of the military, instead letting gay members serve as long as their sexuality was not openly recognized or investigated. President Obama had insisted on ending the policy despite opposition from the Republicans in Congress.

2012 : Sudan's President Omar al-Bashir officially opened the country's first gold refinery. The plant is said to be one of Africa's largest and is located in Khartoum.

2013 : Despite political parties being banned and the King of Swaziland holding absolute power, elections for the parliament took place. The candidates were picked by traditional chiefs. Banned opposition parties, mainly based in South Africa, called for the boycott of the elections.

Born This Day In History September 20

Known For : A Television actor who has been in The West Wing, Attorney at Law, and Crusade, His Movies include The Brady Bunch, Office Space, Kiss the Sky, Dodgeball, Pineapple Express.

Known For : Academy Award winning actress winning acclaim as an international film star after starring in Two Women winning an Academy Award for Best Actress, some of her many other films included El Cid ( 1961), The Millionairess (1960), Lady L (1965), Arabesque and far to many to mention all by name.