1989 : Hurricane Hugo approaches the Leeward Islands and over the next 12 days, Hugo would kill 75 people from the island of Guadeloupe to South Carolina.

1922 : Following the Turkish Victory in Constantinople, crowds have taken to the streets and are attacking Greek churches and homes and destroying them . The Turkish troops have been dispatched to keep order. The spread of Typhus and the Plague are now reaching epidemic proportions but authorities are insisting they do no not wish aid in the form of medical assistance from neighboring countries.

1926 : The Post Office Department sent a memo to it's army of 25,000 railway mail clerks an order to shoot to kill any bandits attempting to rob the mail, this follows an ever increasing number of robberies by bandits on the mail service which carries millions of dollars worth of mail every day. They also issued a statement saying that if the robberies continue the marines will be bought in again to protect the mail.

1931 : A major hurricane has devastated Belize in British Honduras with at least 700 dead, and they are requesting assistance in the form of medical supplies. The first ships from Great Britain and America are starting to arrive and reports are coming in that very little is left standing in the city with bodies laying in the streets.

1940 : Mussolini's forces cross the Libyan border into Egypt where British troops were waiting garrisoned to protect the Suez Canal and Royal Navy bases at Alexandria and Port Said.

23. Which popular science fiction franchise aired its first episode in 1966?

24. The popular 1990s TV show "The Fresh Prince of Bel-Air" featured which superstar actor and rapper at the beginning of his career?

1949 : The communist government in Czechoslovakia has now arrested 15 Roman Catholic priests on charges of running a secret communications ring, the government believes the priests are planning political unrest but the priests maintain it is just a means of keeping in contact with fellow members.

1951 : Communist troops are massing in large numbers with as many as 250,000 troops plus a large number of tanks massed on the western battle front possibly for a full scale attack on Seoul later this week possibly to coincide with the next full moon.

1956 : IBM introduces the worlds first production hard disk the "IBM 305" which stored five megabytes of data. To put this in perspective a modern USB drive stores 2 gig or more (400 times more than the first hard drive just 50 years ago) and fits on a keychain , the first IBM weighed over a ton and needed a fork lift to move it.

1961 : Following more nuclear tests by the Russians the United States will resume underground testing of Nuclear weapons within the next ten days. The Soviet bomb tests showed they are currently testing in the range of superbomb status and America believes it needs to have at least equal or greater capability. A superbomb would be about 200 times more powerful than the bomb dropped on Nagasaki which was equivalent to 20,000 tons of TNT. This would make a superbomb in excess of 2,000,000 tons of TNT.

1971 : Riots in Attica Prison have finally ended after four days with the loss of life of 33 inmates and 11 prison employees, the cause of the riots by inmates is thought to have been due to 3 correction officers and a trooper committing unprovoked attacks on prisoners which were not reprimanded or punished.

1978 : In a bizarre case of back to the wild, a tame 1/2 ton grizzly bear being used in a TV commercial for Kleenex (Hercules) has been recaptured after staying free for more than 3 weeks on the Island of Benbecula in the Outer Hebrides. The Grizzly was spotted taking a swim and was quickly darted and captured.

1991 : The Fed has cut the discount bank lending rate by 0.5% from 5.5% to 5.0% making the lowest level in 18 years in an effort to bolster the flagging economy. This follows the 0.7% fall in retail sales which is an indicator that the economy is flagging. This will be the forth decline in interest rates this year.

1993 : Prime Minister of Israel, Yitzhak Rabin, and the PLO leader, Yasser Arafat sign a framework for peace on the South Lawn of the White House.

From 1970s Music and Hits Page

September 13th, 1999 : The terrorist bombing campaign has continued with as many as 100 deaths including women and children in the latest bombing of an apartment block in the city. This is the forth major bombing in the last two weeks bringing the death toll to 300. No group has yet claimed responsibility but many are blaming Islamic guerrilla groups for the murders.

2001 : Commercial air traffic restarts from most airports in the U.S. after all air traffic had been grounded following the terrorist attacks of Sept. 11. After another night of firefighters and rescue workers digging through the rubble of the twin towers hopes are fading to find any further live survivors of the bombing, the current toll is an estimated 20,000 missing.

2001 : Osama bin Laden has been named As Prime Suspect behind the terrorist attacks on the United States two days ago by the Secretary of State Colin Powell.

2003 : The Last Independent Newspaper in Zimbabwe (the Daily News) has been closed down by police on orders from the the ruling Mugabe government, countries and media around the world are condemning the closure as "a major attack on the freedom of the press."

September 13th, 2004 : A protester representing the "Fathers 4 Justice campaign" dressed as Batman who broke into the grounds of Buckingham Palace and was protesting on a ledge by the Buckingham Palace balcony has been bought down by police after 5 hours, the protest has raised a number of questions concerning Buckingham Palace Security.

2007 : Northern Rock the bank that has failed to gain additional funding to continue trading has been bailed out for the short term by the Bank of England to become the "lender of last resort". Northern Rock got into financial difficulties following it's investment in US so-called sub-prime loans which are being written down due to the US housing market crisis, which has seen some areas of the country property values decrease by up to 30%.

September 13th, 2009 : An earthquake with a magnitude of 6.4 hit 65 miles outside of Caracas, Venezuela. The quake left some areas without power, but there were minimal injuries and only some damage to buildings.

2011 : Nine North Korean refugees were found sailing to Japan by the Japanese coast guard. The group stated that they had been sailing for five days trying to make their way to South Korea.

September 13th, 2011 : The British House of Commons Culture, Media and Sport Committee announces its intention to recall James Murdoch as its probe into the News International phone hacking scandal. Employees of the News of the World accused of engaging in phone hacking, police bribery, and exercising improper influence in the pursuit of publishing stories. Investigations conducted from 2005–2007 concluded that the paper's phone hacking activities were limited to celebrities, politicians and members of the British Royal Family.

2011 : The Algerian government announced it would allow the creation of private television and radio stations for the first time since its independence in 1962. The proposed reforms come in the wake of protests throughout the country demanding more freedoms. The reforms were part of a pledge by President Bouteflika to strengthen democracy in the country.

September 13th, 2012 : Mayor Bloomberg's appointed health board approved a ban of large sized soft drinks in the city of New York. Bloomberg called for the action as a way to reduce obesity and other health problems but opponents are vowing to fight the decision in court, stating that it should be up to companies and individuals whether they sell large drinks or choose to purchase large drinks.

2013 : Riot police in Mexico City used tear gas and water canons to clear out a square being occupied by protesting teachers. The teachers had been on strike for weeks and camped out in Zocalo square. The protesting teachers had wanted changes made to new education reforms, but authorities wanted to clear them out before the country's upcoming independence celebrations.

Born This Day In History September 13

Known For :Roald Dahl best known as children's story writer whose books included James and the Giant Peach, Charlie and the Chocolate Factory Danny, the Champion of the World, The BFG, and The Witches. All have been turned into movies and are enjoyed by children the world over. As a personal note from the webmaster of The People History when my children were young the books they wanted me to read to them at bedtime often included many of his books. 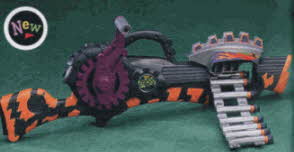