1940 : The Lascaux prehistoric cave paintings are discovered by accident by teenagers searching for their dog in France, the paintings are believed to date back over 15,000 years and are considered to be some of the best examples of well-known Upper Paleolithic paintings dating back 16,000 years ever discovered.

1922 : Rudyard Kipling the well known British writer and poet has made a statement to the New York Times giving an answer to critics that he never stated the United States only entered World War I for the gold it could gain and that Britain and the free world would always be in debt to America for it's help and assistance in World War I.

1930 : Buenos Aires the capitol of Argentina is still in turmoil with mobs running through the streets after the President Irigoyen was overthrown by a military coup.

1948 : The spread of Infantile Paralysis (Polio) is continuing to increase in many US States, only in the worst affected areas will schools continue to stay closed for public health reasons.

September 12th, 1953 : Six months after the death of Joseph Stalin, Nikita Khrushchev succeeds him as first secretary of the Communist Party of the Soviet Union.

1960 : Hurricane Donna one of the most destructive hurricanes seen for many years is pounding Eastern Long Island, New York with high winds and heavy rain causing widespread flooding and property damage and is expected to hit New England within a short time. Although schools in New York opened as usual for the first day of school many were closed early as the ferocity of the storm was realized. Many areas in Florida that were hit by Hurricane Donna have now been declared a major disaster area with an estimated 1/4 million homes still without electricity, Telephones and water. The final death toll is not known but it could well reach double figures once more of the homes that were destroyed can be checked.

1962 : In response to the progress made the the Soviet Union in the space race President John F. Kennedy announced that America will place a man on the moon and safely return him before the year 1970.

1970 : Palestinian Guerrillas who have hijacked three aircraft in the desert, today blew up those aircraft at the airstrip, but stated the passengers were removed first so are still safe.

1977 : Steve Biko, a strong anti apartheid activist, was killed in an African prison while in police custody.

September 12th, 1979 : An earthquake measuring 8.0 on the Richter scale struck Indonesia and although little damage was felt on the mainland it triggered a tidal wave that destroyed homes and left 8,000 people homeless on the remote island of Yapen.

1980 : The latest census figures released for Detroit confirm what many have believed and confirmed the worst fears showing that the population of the city has decreased by 23% in just 10 years. Census figures are used to distribute Federal Aid and a decrease of 23% will mean a decrease in aid for the beleaguered city.

From 1940s Music and Hits Page

1988 : Hurricane Gilbert A category 5 hurricane with winds reaching 175 mph and the eye large enough to cover Jamaica causes destruction on a scale never before seen on the Island killing hundreds of people and damaging nearly 70% of the Islands homes.

1990 : Following a number of High Profile deaths and many other injuries the activity known as Bungee Jumping has been banned in Australia.

September 12th, 1990 : China has cracked down on crime and has executed over 1,500 people this year in a report published by Amnesty International , many within 2 weeks of being arrested which brings into question the trials which many believe are just a mere formality.

1997 : Figures just released show that more Americans were declaring bankruptcy in an attempt to leave credit cards debts behind them.

1998 : Spice girls return from 3 month tour in the United States to thousands of adoring fans.

2000 : The US dollar continues it's strong run with the dollar hitting highs against the pound Sterling and the Euro in late trading.

September 12th, 2001 : Following the Terrorist attacks on the United States President George W. Bush calls the attacks "acts of war" against the United States and announced a war against terrorism, vowing to "find those responsible and bring them to justice" and told the nation that a search for those responsible was already underway. NATO, the North Atlantic Treaty Organization, supported the presidents call for military action.

2002 : The chairman of the US Federal Reserve Alan Greenspan has urged Congress and the administration it must balance the federal budget and restrain the desire to cut taxes while raising levels of public spending.

2006 : An attack on the United States embassy in Damascus, Syria was stopped by Syrian security forces. Attackers tried to drive two car bombs into the buildings but they were stopped. One car bomb went off near the embassy.

2007 : Ethiopia celebrated its millennium on this day. The country follows the Coptic Orthodox Church calendar which would make the start of the millennium September 12th of 2007.

2007 : Russia tested what they claim to be the largest non-nuclear explosive in the world. The bomb is said to be four times more powerful than the USA’s MOAB device. It is a thermobaric bomb and was dubbed the Father of All Bombs by the creators of the bomb.

September 12th, 2008 : The highest ranking judge in Saudi Arabia stated that it is acceptable to kill owners of certain satellite television channels while being interviewed on a radio program. He said that the owners of channels that show immoral or evil programs should be killed if they are not punished in other ways. This is a strange news story and relates to words supposedly from Sheikh Saleh al-Lihedan, 79, chief of the kingdom’s highest tribunal, the supreme judiciary council who believes satellite television channels provides seduction, obscenity and vulgarity and should be stamped out by any means including murder of the owners.

2008 : Twenty-five people died and 135 others are injured when a passenger train collided with a freight train in Los Angeles.

2011 : Six oil workers who had been floating on a raft for three days in the Gulf of Mexico were rescued by authorities. The workers had to evacuate their offshore vessel after being hit by Tropical Storm Nate, four others were still missing.

2012 : One US official was killed and another was injured after people stormed the US Consulate in Benghazi, Libya while protesting a US film that they believed insulted the prophet Muhammad. After the attack President Obama vowed to bring justice to those who staged the attack that caused the death of the US official.

September 12th, 2013 : Ray Dolby died at the age of eighty after suffering from Alzheimer's disease and being diagnosed with leukemia. Dolby was known for his breakthrough work with sound recording. He helped develop the technology to cut out background noise in tape recording and developed surround sound.

Born This Day In History September 12

Known For : Jesse Owens track and field athlete who represented the United States at the 1936 Summer Olympics in Berlin, Germany, winning four gold medals: one each in the 100 meters, the 200 meters, the long jump, and as part of the 4x100 meter relay team. To take his achievements in context during this period in history when Nazi Germany was promoting and telling the world that the White Aryan race was superior to all others, so for a black man to not only win but dominate the news by winning 4 gold medals disproved Hitler's rhetoric of German superiority.

Known For : Maurice Chevalier best known as a singer and actor with a distinct voice who made famous the song "Thank Heaven For Little Girls" in the movie Gigi. 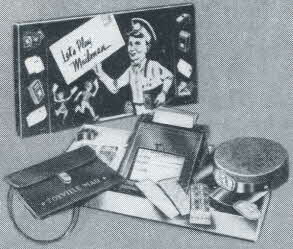