1954 : Roger Bannister becomes the first man to run a mile in less than 4 minutes, making the new record in 3mins 59.4 seconds at the Iffley Road track in Oxford, England.

1882 : Congress passed the Chinese Exclusion Act, which barred Chinese immigrants from the United States for 10 years.

1910 : King Edward VII dies after being Britain's King for 9 years following the death of his mother Queen Victoria died. You will often see him referred as Bertie which was the name the royal family used for him.

1924 : Japanese warships have entered Chinese waters and Chinese troops are being rushed to coastal areas to fend off possible attacks.

1935 : The Works Progress Administration (WPA), opens allowing thousands of unemployed Americans decent-paying jobs on a wide range of public works projects including parks, playgrounds, major infrastructure projects, schools and post-offices. During it's existence the WPA was responsible for employing 8.5 million Americans during its eight-years. Although most politicians here and around the world use the quote that this is the worst recession since the great depression of the thirties by comparison the current thinking is unemployment is below 10% or 1 in 10 but in the worst period of the great depression that number was nearer to 25% or or 1 in 4.

Born This Day In History 6th May

An actor, writer, producer and director of film, his use of lighting and sound was made to portray the mood and tension of his scenes. He is said to have traveled around the world twice by the age of eleven (following his inventor father). He schooled in Woodstock, Illinois, and he spent some time at the Art Institute of Chicago, before going to Ireland, where to traveled in a donkey cart. He played the role of the Duke of Wurtemberg in the Dublin Gate Theatre's 1931 rendition of Jew Suss. He continued acting on return to the States, and took part in radio shows, where his participation in the broadcast of War of the Worlds gained a degree of notoriety. He produced Citizen Kane in 1941 and was involved in productions of The Magnificent Ambersons, The Stranger, The Lady From Shanghai and Macbeth. He had acted in a number of movies before moving to Europe. He played Othello in London and King Lear in New York.

1936 : The Airship Hindenburg on its first flight from Europe to New York in the United States is near the Azores, the Hindenburg is like an ocean liner with an elegant interior and 15 of the passengers are Americans.

1945 : The war in Europe is over when German forces are to sign full surrender on 7th May 1945. President Truman and Prime Minister Churchill will make public radio broadcasts and speak to the people tomorrow and and VE day has been announced for the 8th May. The war in Europe has cost over 8 million lives.

1966 : The Moors murderers Ian Brady and Myra Hindley are jailed for life. They were tried and found guilty for the murder of three children (Edward Evans, 17, Lesley Ann Downey, aged 10, and 12-year-old John Kilbride). The pair preyed on children by luring the children into their home in Manchester then torturing and killing them, they performed terrible acts on them prior to murdering them and dumped them on Saddleworth Moor in the Pennines.

1967 : B52 Bombers dropped tons of explosives on North Vietnamese bunkers and troop positions.

1976 : A powerful earthquake measuring 6.5 on the Richter scale strikes in the small town of Maiano in north-east Italy leaving at least 60 people dead and many more buried under rubble.

1979 : Over 65,000 anti-nuclear power demonstrators marched on the capitol in protest against more nuclear power plants, the consumer advocate Ralph Nader describes nuclear power as "our countries technological Vietnam." The group was formed after the accident at The Three Mile Island nuclear plant.

Born This Day In History 6th May

Known For : American actor, director, producer, and philanthropist. Winner of three Golden Globe Awards and two Academy Awards. He made his TV acting debut in 1978, Played Dr. Doug Ross on the medical drama ER from 1994 to 1999. He is aslo well known for his role as Danny Ocean in the heist comedy remake Ocean's Eleven, the first of what became a trilogy, including George Clooney, Brad Pitt, Matt Damon, Don Cheadle, Andy GarcûÙa, Bernie Mac and Julia Roberts. He is also known for his political and economic activism and philanthropy he is married to human rights lawyer Amal Clooney.

1994 : The Queen and France's President Francois Mitterrand formally open the Channel Tunnel during two ceremonies in France and Britain.

1997 : Bayer and the other three manufacturers of blood products agree to pay $660 million to settle cases on behalf of more than 6,000 hemophiliacs infected in United States in the early 1980s, paying an estimated $100,000 to each infected hemophiliac.

2001 : A bomb explodes at a north London postal sorting office believed to be part of a campaign of terror by the Real IRA. 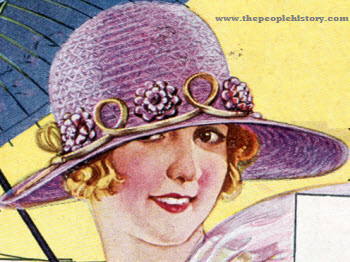 2007 : Nicolas Sarkozy wins France's presidential election. The conservative Sarkozy won 53.06 percent of the vote beating the socialist candidate Sengolene Royal. The presidential race was highly competitive and and some smaller riots broke out after the election results were announced.

2008 : President Hu Jintao of China began a five day visit to Japan, the first of such a trip in over ten years between the two countries. The main goal of the trip was to improve relations between the two nations which had faced a few conflicts and tension over the past ten years. Among other planned events, the Chinese president and Japanese Prime Minister Yasuo Fukuda were set to play a game of ping-pong.

2009 : The United States state of Maine became the fifth state to allow gay marriage. The bill allowing gay marriage was passed in the state's legislature and then signed by the governor, John Baldacci.

2010 : The Monju nuclear reactor in Tsuruga, Japan was reactivated after over fourteen years of inactivity. The reactor was originally shut down in 1995 after a fire broke out, and the plant was expected to reach full output in 2013. The move to reactivate the reactor drew harsh criticism from nuclear power opponents and locals due to the previous scandals and incidents that had surrounded the reactor in the past.

2012 : Socialist candidate Francois Hollande won France's presidential election with about fifty-two percent of the votes. Defeated incumbent Nicolas Sarkozy wished Hollande good luck. Hollande has become the country's first socialist leader since Francois Mitterand ran the country in the 1980's. Hollande stated that when he won he would raise taxes on big corporations and wealthy citizens as well as raise the minimum wage, hire thousands more teachers and lower the retirement age.

2013 : Amanda Berry, Gina DeJesus and Michelle Knight, who all went missing in the early 2000's, were discovered by a neighbor as one of the women tried to escape with a baby. Their captor was identified as Ariel Castro, and is accused of keeping the women captive in his Cleveland, Ohio. Knight, now thirty-two, went missing in 2002 at the age of twenty, Berry was sixteen when she went missing in 2003 and DeJesus was fourteen when taken in 2004.