1961 : An angry mob consisting of all white's attacked a busload of Freedom Riders (Freedom Riders were testing the United States Supreme Court decision Boynton v. Virginia, that gave them a legal right to disregard local segregation ordinances regarding interstate transportation facilities) in Montgomery, Ala., prompting the federal government to send in United States marshals to restore order.

1862 : President Abraham Lincoln signs into law the original Homestead Act on May 20th, 1862. The Homestead Act gave an applicant freehold title to up to 160 acres (1/4 section, 65 hectares) of undeveloped federal land outside the original 13 colonies.

1927 : Charles Lindbergh who many called the "flying fool" has set off from Roosevelt Field in Long Island, NY, today flying the "Spirit of St. Louis" on an epic flight from New York to Paris and is a milestone in flying aviation history, he is expected to arrive in Paris sometime late tomorrow. His plane A Ryan is expected to travel up to 125 MPH as the fuel load decreases. He completed the 33-hour, 30-minute flight and landed at Le Bourget Airport, Paris on the evening of 21 May.

Born This Day In History 20th May

Known For : Ted Allen is an American television personality known for his role as the food and wine expert on the original version of Queer Eye from 2003 to 2007 and hosting the cooking competition show Chopped since 2009. Allen began his career as a journalist, writing for magazines like Esquire, GQ, and Epicurious before transitioning to television.


When we think of the "International Harvester Company" we automatically think of farm machinery but they manufactured a full range of trucks including this great example. The trucks ranged from this with a 1,500-lb capacity up to a 10,000-lb heavy duty capacity truck.

1936 : The US Treasury has announced the largest bond issue in history for June 15th of 1 Billion Dollars , this is in addition treasury floating $100,000,000 of treasury bills issued each week. The bonds will help pay for the large scale public works putting millions of Americans back to work.

1941 : Harry James and his orchestra recorded "You Made Me Love You." The famed bandleader made many movie appearances and was one of the most successful of his time.

1942 : "I've Got A Gal in Kalamazoo" was recorded by Glenn Miller and His Orchestra. The song made it to the top spot on the music charts for seven weeks, only being knocked off by Bing Crosby's White Christmas.

1944 : A group of officers from the German Army attempt an assassination attempt on Adolf Hitler by exploding a bomb in his headquarters during a staffing meeting.

1952 : With many workers wanting to keep pace with the increases in the cost of living pay increases of up to 15% are being requested with many employers already settling on wage increases ranging from 8% to 11% this year.

1956 : The first hydrogen bomb dropped from an aircraft is exploded by America over Bikini Atoll in the South Pacific.

Born This Day In History 20th May

Known For : Nikolai graduated from Perm's Air Force Engineering School in 1968. As a trainee cosmonaut he was in Air Force Group Five, and performed space service between 1970 and 1995. In 1990 he received a law sciences degree, and in 1997 he graduated from Moscow Aeronautical-Technological Institute. Militarily he reached the rank of lieutenant-colonel in the Soviet Air Force.

1958 : An annual custom dating back to medieval times unique to High Wycombe, Buckinghamshire weighs the Mayor of the town each year so that the public can see whether or not he has been getting fat at the taxpayers' expense. During the weigh in performed by the local "macebearer" dressed in traditional costume rings a bell and calls out the weight. When he adds the words "And no more!" the crowd cheers as a sign of their appreciation and gratitude for the hard work done by the mayor for the community. When he adds the words "And some more!", it means the mayor has been indulging in too much good living at rate payers' expense and the crowd jeers and boos.

1964 : The US Ambassador has told the United Nations that America is committed to staying in South East Asia and helping those who wish to stay free of communist rule for as long as it takes.

1972 : The Black Lung Benefits bill was signed into law by President Nixon prior to flying to Russia for further talks on promoting world peace. The bill extends the benefits to those who are incapacitated due to poor health from working in coal mines and will allow an additional 100,000 coal miners, widows, dependents and orphans to receive monthly benefits.

1973 : The British Royal Navy Frigates the Cleopatra, the Plymouth and the Lincoln are sent to the disputed Icelandic 50-mile zone to protect British trawlers fishing inside the zone as the COD WAR between Britain and Iceland escalates.

1983 : A massive car bomb in South Africa's capital city, Pretoria kills 16 people and injures more than 130. The anti-apartheid group the African National Congress (ANC) is believed to be behind the attack.


The six policemen (four on motorcycles, two in the police car) blockade the getaway car and arrest the two "bad guys" to maintain law and order. The eight figures have snap-on hats, weapons, handcuffs and other accessories; the four motorcycles have snap-on stands and saddle bags.

1994 : North Korea is still insisting it will not allow full international inspections of it's nuclear facilities and many fear they could be developing a nuclear weapons program.

2002 : After a 20 year struggle East Timor gains independence from the Indonesia.

2005 : The ex-teacher and convicted pedophile Mary Kay Letourneau, 43, marries her former victim and the father of two of her children, Vili Fualaau, 22. She had served a 7 1/2 year sentence for raping Fualaau when he was her sixth grade student, then aged 12.

2005 Ebola Outbreak in the Democratic Republic of Congo

2005 : An Ebola virus outbreak in the village of Etoumbi in the Democratic Republic of Congo killed nine people forcing the government to quarantine the town. The are had been prone to Ebola outbreaks, having at least three in recent history. The outbreak occurred after hunters came back with a dead chimpanzee to eat and the infections broke out soon after that. The World Health Organization promised to deliver food into the village and hoped that the infection would not spread any further.

2010 Artwork Stolen from Museum of Modern Art in Paris

2010 : Five masterpiece paintings were stolen from the Museum of Modern Art in Paris, France. The paintings by Picasso, Matisse, Braque, Leger, and Modigilani were estimated to be worth over $100 million and were all from the early 20th century. The theft was believed to be the biggest since a theft of several masterpieces in 1990 at the Stewart Gardner Museum in Boston.

2011 : An earthquake with a magnitude of 5.9 hit north-west Turkey leaving at least two dead and injuring seventy-nine people. The earthquake hit the town of Simav in the middle of the night and many residents fled into the streets and were told to stay in their cars for the evening because their homes may not be safe.

2013 : A massive tornado ripped through the suburbs of Oklahoma City in the US state of Oklahoma on a second day of severe weather in the region. The tornado killed at least two people and left several more injured and homeless.

From our 1955 Fashion Accessory Page 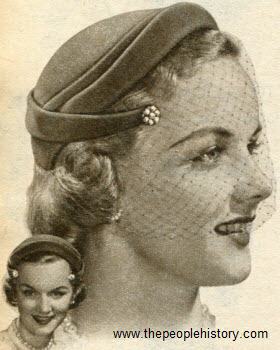