1980 : Mount St. Helens located in the Cascade Range erupted and blasted 1,300 ft off it's top that sent hot mud, gas and ashes running down it's slopes 9 casualties have so far been identified with a further 48 persons missing presumed dead, the explosion sent plumes of dark gray ash some 60,000 feet in the air which blocked out the rays from the sun making it seem like night over eastern Washington.

1921 : Following a case of Typhus Ellis Island has been under quarantine. More than 1,700 immigrants who may have come in contact are also in quarantine while the island is fumigated and cleaned up , it will several days before the island is opened again for immigration.

1929 : Al Capone is today in prison following his plea of guilty to the minor charge of carrying a concealed weapon, it is believed he pled guilty to these offences to help him stay safe in prison, he is best known for his domination of the Chicago Beer Runners and is believed to have been behind the St Valentines Day massacre.

1930 : Following pressure from the temperance movement, President Hoover has recommended strengthening the prohibition enforcement by moving enforcement to the justice department. This places the day to day dry rules under Attorney General Mitchell, It is also proposed to strengthen and unify border patrols.

Born This Day In History 18th May

Known For : John Paul II was Pope between 1978 and 2005, and was the first Pope from outside of Italy since Adrian VI (in 1523). On leaving Marcin Wadowita school in Wadowice, he entered Krakow's Jagiellonian University and spent time at a school for drama. The university was closed by the Germans in 1939, and Karol worked in a quarry until 1944, and in a chemical factory. After the war, he returned to his education by attending seminaries in Krakow and continued in his study of theology at Jagiellonian University. He was ordained to the priesthood by Archbishop Sapieha on November 1, 1946, and was sent to Rome to complete his doctorate in theology in 1948. On return to Poland he acted as vicar in the parishes of Krakow. He returned to studying of philosophy and theology in 1951, and became Bishop of Ombi in 1958. He was appointed Archbishop of Krakow in 1964, cardinal in 1967 and elected Pope in the Conclave of October 16th, 1978. As Pope he took part in thirty-eight official visits, seven hundred and thirty-eight audiences with heads of state and two hundred and forty-six audiences or meetings with prime ministers. 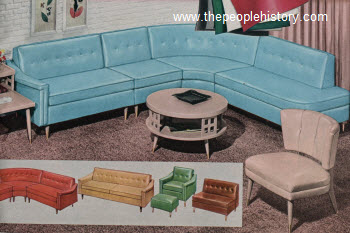 1940 : Germany continues in it's quest for control of Europe and has captured Antwerp and continuing it's push to Paris with a multi pronged attack, the allies are fighting hard to keep control of Flanders, but Germany has superiority in the air and flame throwing tanks. In the USA President Roosevelt is asking industrialists to increase production of aircraft to help the allies.

1950 : 12 nations agree to the creation of North Atlantic Treaty Organisation / NATO a permanent organisation for the defense of the United States and Europe. The 12 nations included in the beginning are Belgium, Canada, Denmark, France, Britain, Iceland, Italy, Luxembourg, the Netherlands, Norway, Portugal and the United States.

1964 : Large numbers of Mods and Rockers involved in violent clashes at a number of seaside resorts on the south coast of England are given prison sentences following the Whitsun weekend when hundreds were arrested in Brighton, Margate, Bournemouth and Clacton following running battles between police and up to 1,000 Mods and Rockers. The Mods and Rockers also had mass fights between the two gangs on the local beaches and promenades. Mods wore designer suits and Parka jackets and rode Vespa or Lambretta scooters bedecked with mirrors with favorite bands including The Who. Rockers wore leathers and rode motorbikes with no crash helmets with favorite music including Elvis Presley.

1973 : Former Attorney General John Mitchell has vowed he will not become the fall guy for the Watergate Scandal and predicted President Nixon would ether resign or be impeached due to the Watergate affair.

1989 : One million protesters take to the streets marching through the streets of Beijing calling for a more democratic political system. Just a few weeks later in Tiananmen Square, the Chinese government put an end to protests by the use of force and crushed the protests.

From From Our 1921 Fashion Page


A dressy little frock of good quality all silk taffeta, appropriate for most any function. The price asked is remarkably low for a garment of this quality. The striking feature of this dress is the beautiful embroidery in an exclusive Egyptian design, which is applied very artistically. Vestee of contrasting color silk crepe de chine extending just below the belt, gives the so much desired long waisted effect. Small metal buttons are used as a finishing touch. Invisible front closing.

Born This Day In History 18th May

Known For : Elizabeth Stamatina "Tina" Fey is an American actress, comedian, writer, producer, and playwright. She is best known for her work on the Saturday Night Live and for creating the comedy series 30 Rock and Unbreakable Kimmy Schmidt, she has earned 9 Primetime Emmy Awards, 3 Golden Globe Awards, 5 Screen Actors Guild Awards, and 7 Writers Guild of America Awards

1998 : The United States Department of Justice (DOJ) and twenty U.S. states file a case that alleged that Microsoft Corp. abused it's monopoly power in its handling of operating system sales and web browser sales. The case revolved around Microsoft should be allowed to bundle its flagship Internet Explorer (IE) web browser software with its Microsoft Windows operating system.

2006 : The newly elected Italian Prime Minister, Romano Prodi, denounced the war in Iraq and stated his intentions to pull Italian troops out of Iraq.

2007 : A four hundred pound gorilla named Bokito escaped from its holding area at the Rotterdam Zoo in the Netherlands. The eleven-year-old gorilla climbed out of its enclosure and injured several people before zookeepers were able evacuate the zoo and sedate him with a dart.

2009 : Dalia Grybauskaite was elected Lithuania's president with sixty-eight percent of the vote, becoming the first female president in that country. She was the European Union budget commissioner, and was viewed as an fair and level-headed leader by many voters who looked for a leader to face and combat a declining economy and domestic tensions.

2011 : Don Gorske of the state of Wisconsin, ate his record-breaking 25,000th Bic Mac. The retired prison guard had been keeping track of his consumption of the McDonald's burger for thirty-nine years and keeps close track of his overall consumption. Despite doctors not recommending this diet, Gorske maintained a healthy weight and low cholesterol.

2013 : Francois Hollande, France's president, signed the bill making same-sex marriage legal in the country into law. France became the ninth European country to legalize gay marriage, and the fourteenth in the world to do so. The first same-sex marriages were set to take place ten days after the signing of the bill. 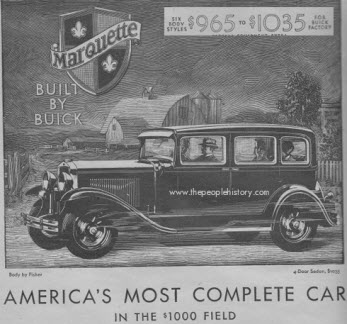