2005 : Live 8 concerts happen in members of the G8 cities around the world and South Africa to highlight the aims of the UK's Make Poverty History campaign and the Global Call for Action Against Poverty, hoping to put pressure on the meeting of political leaders of the G8 countries. The Live 8 concerts are organised by Bob Geldof and a number of other well known pop icons. Unlike other earlier concerts to raise money for those starving these concerts were designed to highlight, educate and put pressure on the Leaders of the G8 countries to do more for the world's poor. Even before the concerts some measure of success is gained when the G8 finance ministers agree to cancel the debt owed by 18 of the world's poorest countries.

The concerts occur in the following cities:

There were 150,000 people in the main arena and another 50,000 watching on large screens in other parts of Hyde Park.

It is estimated 1 million people were at the concert as it was a no ticket concert.

1934 : Adolf Hitler conducts a purge of traitors in the Nazi party . Hundreds of people were executed after undergoing a 3 minute trial to face the charges of being traitors. Hitler seemingly secured his power in the nation by forcing the power from the conservatives. Vice Chancellor von Papen, a conservative and critic of Nazi policies, was set to resign the next day.

1937 : Amelia Earhart and her navigator Frederick Noonan go missing during their attempt to fly around the world between New Guinea, and Howland Island, an island in the center of the Pacific Ocean. No trace of the aircraft including Earhart or Noonan was ever found.

1945 : The American Air Force drops over 1000 tons of explosives on each of four Japanese cities . The attack was carried out by nearly 600 B-29 Super fortresses at 3 am. The places that were hit were the Kure Naval Base, Shimonoseki port, Ube, and Kumamato. 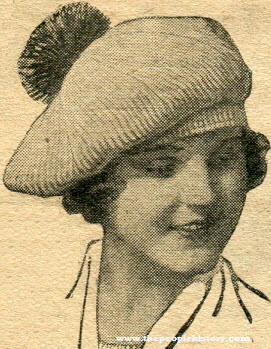 1958 : Americans staying in Cuba become more fearful as Cuban rebels, headed by Fidel Castro, continued to kidnap people. Rebels were unaffected by the presence of United States Marines sent to rescue kidnapped Americans, but they did indicate that they may release 3 Canadian citizens. Cuban rebels showed no indication of releasing Americans or stopping the kidnappings which had grown to a rate of 10 American kidnappings per day over a period of five days.

1964 : The Civil Rights Act of 1964 is signed into law by President Johnson. The bill had a rough time going through the Senate when the "Southern Bloc" of southern Senators led by Richard Russell launched a filibuster lasting 54 days to prevent its passage. Said Russell "We will resist to the bitter end any measure or any movement which would have a tendency to bring about social equality and intermingling and amalgamation of the races in our (Southern) states." The Civil Rights Act of 1964 was a landmark piece of legislation that outlawed segregation in schools, public places, and employment. The bill also created the Equal Employment Opportunity Commission covering both race and gender for the first time in history.

1966 : United States navy planes sink 3 North Vietnamese torpedo boats. The Vietnamese boats were set to attack an American destroyer, but the navy planes were able to repel the attack while only suffering some damage to one plane whose pilot made it back safely.

1975 : The Indian government promised to crack down on smugglers, land speculators, and tax evaders in the country. The prime minister, Indira Gandhi , promised severe punishment for the criminals. Also, the president, Fakhruddin Ali Ahmed, declared that the government would have much power over the arrests and punishments that violators of the law would receive. The prime minister also promised help to millions of landless peasants.

1979 : The Susan B. Anthony dollar became available at banks and is the Dollar of the Future.

1982 : Larry Walters using 45 helium filled weather balloons to lift him and his lawn chair three miles high , he controlled his descent using a BB gun shooting holes in balloons to control his height.

1992 : The one millionth Chevrolet Corvette America's first sports car came off of the assembly line in Bowling Green, Kentucky. The car had first been shown as a prototype at the 1953 Motorama in New York City.

1992 : The IRA admits to killing three informers for MI5 and the Royal Ulster Constabulary (RUC) Special Branch stating they were tried and found guilty and sentenced to death by the IRA.

1998 : The Japanese finance minister Hikaru Matsunaga announces a rescue package for Japanese Banking Sector many who are facing bankruptcy following the number of bad loans due to the collapse in the property market. It is estimated that Japanese Banks have in excess of $500bn in bad debts. The plan will allow failing banks to be taken over by financial administrators who will attempt to sell the bank or liquidate. Part of the plan ensures that "sound and good-faith" borrowers will be protected.

2001 : Barry George is sentenced to life imprisonment for the murder of television presenter Jill Dando.

2001 : The release of the movie The Fast and the Furious which tops the number 1 spot in it's first week and continues to be in the top 2 has given a big boost to the latest craze to sweep America "illegal street racing" with thousands of enthusiasts dodging the police and racing on streets around the country vying for the bragging rights, who's got the fastest car.

2002 : Steve Fossett became the first person to fly a balloon solo around the world landing the Spirit of Freedom in Queensland, Australia after 14 days 19 hours 50 minutes. This was his sixth attempt to break the record.

2004 : Ethnic cleansing in Sudan has forced over 100,000 to flee across the border to Chad and the Emergency United Nations Relief Organisation is struggling to keep up with demand for health services and food supplies, they are estimating that at least 10,000 may well die in the next month alone from cholera, malaria and dysentery. This is in addition to many thousands who are at risk from starvation. Since the beginning of the ethnic violence in the Darfur region it is estimated over 1 million people have fled their homes to escape the mass slaughter by the government backed militia.

2006 : Israel issues an air-strike on Ismail Haniya’s, the Palestinian Prime Minister, office. The attack that injured three security guards is a response to the capture of Corporal Gilad Shalit by militant Palestinian groups on June 25th, 2006.

2007 : Iran launched a twenty-four hour English language news channel on this day. The channel, called Press TV, was created to provide unbiased account of international news that was neither a Western view nor a pro-Taliban or pro-al-Queda view. But this should be taken with a pinch of salt, the station is TV is state-funded and part of Islamic Republic of Iran Broadcasting, and it's broadcasts news reports and analyses are closely aligned to the official position of the Iranian government.

2011 : Over two hundred protesters were arrested by police in Hong Kong. Tens of thousands of people gathered to demonstrate against higher property prices and political changes believed to infringe on democratic rights. The people started arresting the demonstrators when they refused to leave the central business district. The police also used pepper spray to disperse the crowd.

2012 : In the largest healthcare fraud settlement in US history, GlaxoSmithKline was set to pay $3 billion to cover criminal fines and civil settlements with the federal and state governments. The company pled guilty to promoting unapproved uses for two anti-depressant drugs and failing to report safety information to the FDA about other drugs.

2013 : A Russian spy couple who were code named Andreas and Heidrun Anschlag were jailed in Germany after being found guilty of spying. The couple had reportedly moved to West Germany over twenty years ago and had been spying for Russia. They were discovered in 2011 after having assisted a Dutch spy.

Known For : Wife of the former president of the Philippines, Ferdinand Marcos, Imelda has been a controversial figure since the 1960's. The Beatles had to flee the country in 1966 for non-attendance at the breakfast she was hosted for them. She was given political power when her husband declared martial law, and given such titles as the 'Ambassador Plenipotentiary and Extraordinary' as well as governorship of Manila. Known for her extravagant material possessions, such as her jewelry, art collection and Manhattan properties, she is said to have wanted to inspire the poor with her wealth. The Marcos' were deposed in 1986, and escaped to Hawaii. Ferdinand Marcos Jr., who was the eldest of four children, was nicknamed 'Bong Bong.'