1964 : "Introducing the Beatles," the first Beatles Album is released in the US by Vee-Jay Records, Check Out Our 60s Music Page for more information on The Beatles and other sixties groups, The A side features "I Want to Hold Your Hand" and "I Saw Her Standing There",

1962 : An avalanche of ice and snow destroyed villages located at the base of a volcanic formation called Mt. Huascaran. It was estimated that between 3,000 and 4,000 people had lost their lives, and bodies were buried at least 40 feet under the rubble.

A total of six villages were affected, and there was hardly any life left afterwards.

On this day in the year 1917 a Wild West legend commonly known as Buffalo Bill had passed away on this day. He died in his sister's home in Denver. His real name was William F. Cody.

Servicemen's Readjustment Act of 1944 ( GI Bill of Rights ) is passed by Congress.

The bill provided a number of provisions for servicemen when they returned from World War II including.

(a) Pay for a G.I.'s further education tuition plus a living allowance at colleges and vocational schools when returning home

In his annual State of the Union message to Congress, President Johnson asks for a 6 percent surcharge on personal and corporate income taxes to help support the Vietnam War for two years.

On this day Gabrielle "Choco" Chanel, one of the most famous fashion designers in history had died on this day. She was in her home in Paris when she passed away after living a substantial amount of time-87 years. Chanel is responsible for presenting more casual and comfortable-yet feminine-styles for women. She was known as one who shaped and changed fashion more than most other designers. Find out more about Fashions and 60s Fashions

Chanel was one of the fashion artists who had gone "against the grain". The clothes she had marketed were thought to be more of a practical nature than in times past. For instance, she had developed quite an extensive line of jersey knit clothing.

It was not to say that Chanel did not make her mark in the high fashion world (haute couture). Nothing could be further from the truth. She had created many sophisticated high fashion pieces in addition to the everyday clothing designs she had invented. 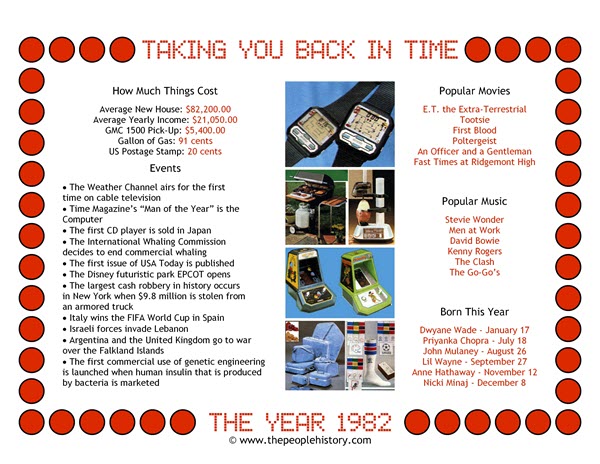 Known For : Rod Stewart best known for his career in the music industry, in the late Sixties and Early Seventies with the pop groups "The Jeff Beck Group" and "Faces" prior to launching a solo career. His best success has been as a solo artist with multiple Numbers 1's both in the UK and around the world, some of his greatest hits are 1971 with "Maggie May", 1975 "Sailing", 1978 "Do Ya Think I'm Sexy?" and 1993 "All for Love" (with Bryan Adams and Sting). His passion for soccer and his beloved Celtic FC is well known but many do not realize or know he is a keen model railway enthusiast. He has dated some of the most beautiful women in the world including Britt Ekland and many many models over his life and is currently on his third marriage.

It is very hard not to be tempted to sing along with this even for those of us that can not sing a note.

1974 : Following a global shortage of oil Secretary of State Henry Kissinger asked all oil consuming nations to work together to increase oil supplies and solve the world's energy shortage

Following strikes by bakers, Lorry drivers and Tanker drivers over the past months in protest at the government's 5% limit on pay rises, calls are increasing for the Prime Minister to declare a state of emergency . This was the start of the so called "Winter of Discontent" which forced the government to call a general election which put Margaret Thatcher and the Conservative party in power.

In a College Newspaper called the "Sunday Gleaner" a writer by the name of Gloria Escoffery has commented on the philosophies of Confucius. This writer has mentioned in her brief account of Confucius' work that this philosopher's beliefs were more of a humanistic and intellectual nature rather than of a spiritual nature. Escoffery has compared Confucius of the Eastern World to Plato of the Western World. One of this scholar's famous sayings is the reverse of the well-known Golden Rule: "Do not onto others what you would not have them to do onto you."

The writer who has provided a summary of Confucius and his beliefs states her views this man's character. Refer to the following Statement written by Journalist Gloria Escoffery:

"I must end here by noting that Confucius was, incidentally, a most attractive human being-not at all self important, but modest, tolerant of human foibles, and, above all, able to laugh at himself."

An explosion caused by a gas blast kills eight people in a block of flats in Putney, south-west London.

Following the launch of the Sinclair C5 electric tricycle with a maximum speed of 15mph ( cost £399 ) on roads in England . Fears over safety because the vehicle is so low to the ground and other drivers can not see it and a top speed of 15MPH, many fear the number of accidents will be very high.

The United Nations Secretary General Javier Perez de Cuellar will leave shortly for Baghdad in a final diplomatic effort to avoid war against Iraq. Saddam Hussein is under UN orders to pull his soldiers out of Kuwait within five days, Iraq refused to comply with the UN ultimatum for its troops to withdraw from Kuwait and at 2330 GMT on January 16th 1991, Operation Desert Storm began.

From 1960s Music and Hits Page

King Hussein of Jordan has made his first public visit to Israel's largest city, Tel Aviv, in the latest indication of the new warmth between the two countries .

2004 : A joint automobile venture was reported to be established in the Czech Republic. This new venture was to be carried out by Toyota Motor of Japan and PSA Peugeot Citroen of France. The Purpose of the building of this car plant was primarily for the exportation of cars to the EU.

2005 : British Petroleum, a major oil company, sent 1.6 Mil GBP to Southeastern Asia. The purpose of this money was to aid those who were affect by the earthquake and tsunami that occurred this month (January). These proceeds were taken from a percentage of this oil company's 2004 profits.

Transaero, a Russian airline, has planned to commission a new airline. This particular route was scheduled to run from Pardubice to Moscow, Russia as of January 14, 2007.

At this time, the plan was to schedule this flight to depart from Moscow at 2:00 p.m. Russian Time. It would arrive in Padubice at 14:55 Central European Time. Previous to this newly scheduled flight, Padubice had only offered charter flight services.

The Tata Group introduces the Nano it's ultra cheap, ultra small car, created for the common man in India costing 100,000 rupees the equivalent of $2,500 which is half the cost of the world's cheapest car on the market.

2010 : Reports from the General Administration of Customs (G.A.C.) state that China will almost certainly overtake Germany in becoming the world's largest exporter, even though its 2009 exports have fallen 16% from its 2008 ones. Some of the country's experts have said that the country is far from being a real trade power if you measure it by its exports structure, technological innovation and industry competitiveness. The G.A.C. is one of China's adminstrative bodies.

At least fourteen people are dead in Tunisia after continued protests over unemployment erupt into violent conflict between the authorities and protesters. Schools and universities in the country were also closed after the violence escalated.

2012 : Scottish first minister, Alex Salmond, has called for a referendum on Scottish independence to be held in 2014. The government of the United Kingdom stated that the poll could not be held legally without the government's authority.

2013 Student Talked Out of School Shooting

A teacher and a campus supervisor in the US state of California successfully talked a student out of a shooting spree after the gunman had already shot and injured another student.

Tel Aviv revealed a Holocaust Memorial dedicated to gay and lesbian victims, becoming the first city in Israel to do so. The memorial is designed around a pink triangle, the same symbol that gay and lesbian concentration camp prisoners were forced to wear. 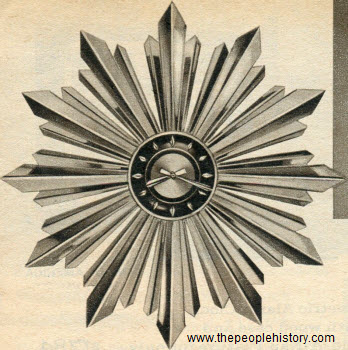