Major Events From This day in History May 21st

1927 : Charles Lindbergh landed in Paris, completing the first nonstop trans-Atlantic flight. Lindbergh was the dark horse when he entered a competition for a $25,000 prize to anyone able to fly nonstop from New York to Paris. More about the first Non-Stop Transatlantic Flight

1881 : Clara Barton and Adolphus Solomons found the American National Red Cross, to provide humanitarian aid to victims of wars and natural disasters as part of the International Federation of Red Cross Societies.

1958 : The Postmaster General Ernest Marples has announces that from next year the new automated telephone connection which will make calls easier and cheaper because no telephone operator will be needed will begin in Bristol and slowly be rolled out countrywide in the next 10 years. The price of a direct dial call will start at 2d ( less than 1p )and a three-minute call will cost 2s 6d, ( 12 1/2p ).

1932 : Amelia Earhart becomes the first woman to make a solo air crossing of the Atlantic Ocean, from Newfoundland to Ireland.

1924 : Leopold and Loeb two wealthy University of Chicago students murder a 14-year-old boy Bobby Franks believing they could commit the perfect crime. They were caught because a pair of eyeglasses found near the body had an unusual hinge mechanism only bought by 3 people in Chicago and one of those was Nathan Leopold.

1961 : Following the attacks on a busload of "Freedom Riders" the day before, martial law is imposed in the town of Montgomery, Alabama after violent clashes between blacks and whites.

Known For : Raymond Burr is a prolific American actor most known for his television roles in Perry Mason and Ironside. He began his career as a Broadway actor before signing a film deal with RKO Pictures in the 1940s. He appeared in over 50 films between 1946 and 1957, predominantly playing the villain in crime dramas. He also had a prolific career in radio as a voice actor throughout the 1940s and 1950s. Burr won two Emmys for playing Perry Mason and was nominated 7 times throughout his career. He was also nominated for two Golden Globes for his role in Ironside. Burr passed from inoperable liver cancer at the age of 76.

1924 : The old flintlock musket of Robinson Crusoe believed to be the authentic musket owned by Alexander Selkirk who was stranded on Juan Fernadez island for 4 years which inspired Defoe's celebrated story (Robinson Crusoe) was sold at auction for 250 pounds sterling in London.

1935 : In Germany people are rallying behind Adolf Hitler as he tells the world he will stop building up arms only if Germany is recognized as an equal in Europe and by the world. He also stated Jews and non-Aryan will be subject to duty in the new Germany.

1947 : 28 acquitted of lynching a black man after taking him from the county jail in South Carolina for stabbing a white taxi driver after the defense council who criticized northern interference and demanded acquittal to show the north it should stay out of South Carolina and let us run our counties he also said he is dead and more like him should be dead.

1950 : Violent storms and a tornado devastate southern England causing damage to property around London. The tornado touched down in late afternoon in Linslade, Buckinghamshire the tornado traveled 66 miles and remains the longest trail on record for a tornado in England leaving hundreds of roof's damaged in it's path and lifting cars, cattle and horses.

1950 : Juan Manuel Fangio wins the Monaco Grand Prix in an Alfa Romeo this is his first Formula One victory and the first of his 24-Grand Prix victories. During his career he won five Formula One World Driver's Championships with four different teams (Alfa Romeo, Ferrari, Mercedes-Benz and Maserati).

1960 : An 8.5-magnitude quake hits Valdivia, Chile. The earthquake caused huge landslides to fall down the mountains of the region, as well as a series of tsunamis including a 26-foot wave which strikes the coastal region of Chile. The quake and after affects including the giant wave leaves 5,000 people dead and another 2 million homeless.

1966 : American boxer Cassius Clay (Muhammad Ali) ends the hopes of British heavyweight champion Henry Cooper winning the world heavyweight titles when the bout is stopped in Round 6 because of a severe cut above Henry Cooper's Left eye.

Known For : After his years at Leningrad's Institute of Stage Art he joined the Factory of the Eccentric Actor for his first acting roles. He went on to be director and writer, and is best known for his trilogy of And Quiet Flows the Don and later Twenty-two Misfortunes. Towards and during the Second World War he made propaganda films and was appointed to the Soviet Institute of Cinematography and State Committee for Film.

From our 1920s Ladies Hats Page 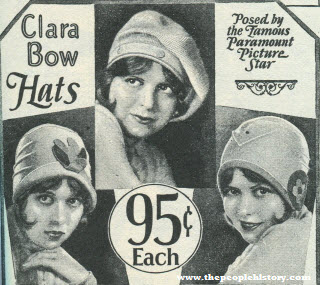 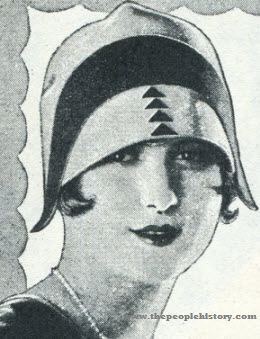 1968 : The nuclear-powered U.S. submarine Scorpion while heading back to Naval Base Norfolk from the Azores is heard from for the last time. The Scorpion and her crew of 99 was officially declared lost on June 5th, 1968. (The remains of the sub were later found on the ocean floor 400 miles southwest of the Azores.)

1979 : Dan White who had gone to see Mayor George Moscone and Supervisor Harvey Milk to ask for his old job back, when they refuse to give him back his job he shot and killed them both. He is convicted of voluntary manslaughter ( Rather Than First Degree Murder ) after his defense lawyers argue his mental state at the time of the killings was one of diminished capacity due to depression, caused by his consumption of sugary junk food. White's defense was labeled by the press as "the Twinkie defense."

1982 : Argentine planes sink HMS Ardent with the loss of 22 lives in the Falklands War.

1986 : President Reagan vetoed a resolution blocking arms sales to Saudi Arabia stating the Saudi's have helped in the war on terrorism and are vital to our strategic, political and economic interests in the middle east.

1991 : Indian Prime Minister Rajiv Gandhi is assassinated when a bomb explodes during election campaigning in the southern state of Tamil Nadu.

1992 : Johnny Carson performed his last tonight show before an invited audience of celebrities and family after 3 decades.

1998 : After shooting and killing his parents the day before student Kipland "Kip" Kinkel a 15-year-old student takes a .22 caliber rifle, a .22 caliber handgun, and a 9mm Glock semi-automatic pistol to Thurston High School in Springfield, Ore., where he murders two classmates, Ben Walker and Mikael Nicklauson, and injured 25 others.

2005 : Voters in Montenegro voted to secede from their union with Serbia. The voter turnout was over eighty-five percent, with 55.4% of voters in favor of independence from Serbia. The secession would have drastic economic and social consequences for both Serbia and Montenegro, and if Montenegro were to become independent it would mark the first time since the end World War I that it was an independent nation.

From Our 1920s Home Appliance Page 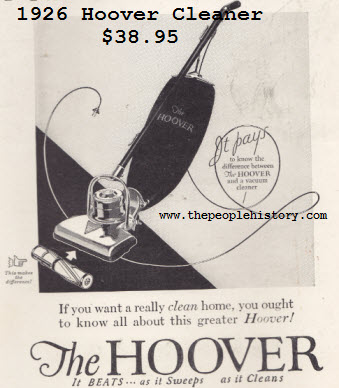 
What I loved about this is that it is a Real Hoover ( the generic name often used for a vacuum cleaner ) and the tag line , I can remember as a kid back in the late 50's over 30 years later the Hoover Tag Line for selling was "It Beats as it Sweeps as it Cleans" 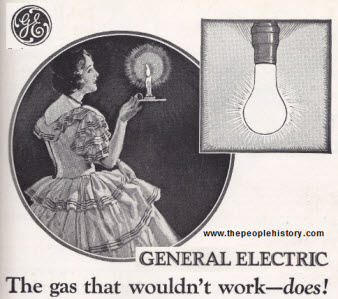 
Electricity although used by more and more left many of it's mysteries unexplained, one of those was how a light bulb produced so much light, this advert by General Electric explained that a useless gas named Argon ( Coming from two Greek words meaning doesn't work ) discovered in 1894 was now pumped into the modern light bulb and provided a first class light.


Personalized Prints from Back In Time Gifts

2009 : Eleven people accused of being witches were burned to death in Kenya. Villagers formed a mob and attacked the elderly people, eventually killing the eight women and three men who were all over the age of eighty.

2010 : Scientists in the United States successfully created artificial life by creating the first live cell to be controlled by synthetic DNA.

2011 : The most active volcano in Iceland, Grimsvotn, began erupting according to scientists. The volcano last erupted in 2004 and is located under the Vatnajokull glacier in the southeastern part of Iceland. The eruption was expected to produce ash plumes that would possibly disrupt air travel in the area, which had already been banned.

2012 : Dioncounda Traore, the interim president of Mali, was beaten up by protesters and was taken to the hospital for a head wound. People who had supported a coup that happened in March had gathered in massive protests after a deal was made that would keep Traore in power for another year.

2013 : A Tunisian man who had recently visited Saudi Arabia died after being infected with the new deadly coronavirus (NCoV). This was though to be the first case of the virus in Africa. At this point only forty-one cases had been reported worldwide and of those forty-one, twenty had died from the virus.