Important Events From This day in History May 11th

1934 : A huge dust storm is spotted moving from the Midwest. The dust storm was 1,500 miles long, 900 miles across and two miles high, covering almost one-third of the country. Farmers lost large amounts of Topsoil during just a few years the phenomenon was known as ( The Dust bowl Years during the 1930s). The combination of large areas of landing becoming dust bowls making food production bad and the depression caused by the 29 crash all contributed to the time in History Known as "The Great Depression"

1920 U.S.A. University of Wisconsin at Madison

1920 : The number of students at the University of Wisconsin at Madison in 1920 far exceeds the number originally budgeted for which was only for 5,000. The current number of 7,000 are stretching both the buildings and staff available (in 2007 there were 41,466 enrolled - this just gives an idea for one University but most have seen similar changes in numbers of students over the last 80 years).

1930 : Amy Johnson 22 year old Aviatrix from England started on her attempted solo flight to Australia some 10,000 miles away in her Gypsy Moth Plane she is trying to beat the record of Bert Hinkler which stands at 16 1/2 days.

1942 : The Nazi's have launched a major spring offensive in the Eastern Crimea, Germany is thought to be prepared to use poison gas in it's advance but England has stated if poison gas is used it will retaliate with the RAF using poison gas against the Third Reich.

Born This Day In History 11th May

Known For : Influential media magnate, Murdoch studied philosophy, politics and economics at Worcester College, Oxford. He is the owner of News Corporation Limited, which owns media and newspaper in Australia, the United Kingdom and the United States. Some of the prominent media outlets of News Corporation are Fox Broadcasting, BSkyB, 20th Century Fox, the Times of London, the Sun and multiple Australian newspapers.

1952 : Following President Truman's seizure of the steel mills last month, the case on the legality is now before the Supreme Court. Does the president have powers to seize private industries in national emergencies, in this case due to a strike in the steel mills.

1956 : The Gold Coast / Ghana becomes the first black African nation to be granted independence from Britain.

1970 : A tornado with winds in excess of 100 mph touched down in Lubbock, Texas, today, killing at least 20 people and injuring hundreds of others.

1971 : Britain's oldest tabloid Newspaper The Daily Sketch closes and is published for the last time.

1985 : A fire at a Bradford's Valley Parade football stadium in England killed more than 50 people some caused through panic and the ensuing stampede.

Born This Day In History 11th May

Known For : Salvador Dali was a well-known surrealist artist. His work was known for being skilled and precise while featuring unusual and striking images. He was educated as an artist in Madrid and was drawn to the surrealist movement in the 1920s, becoming one of its leading advocates and representatives by 1929. One of his most well-known works, completed in 1931, is called "The Persistence of Memory" and features a landscape full of melting clocks. Dali left Spain during the Spanish Civil War and eventually made it to the United States where he became a commercially successful artist in the 1940s. In 1948 he made a controversial expression of public support for Spanish dictator Francisco Franco and moved back to Spain. He was also known for his eccentric personality and signature mustache and made frequent television appearances. Dali continued to produce various forms of art throughout the rest of his life while also battling health issues until his death in 1989.

1997 : IBM's The Deep Blue defeated Garry Kasparov to win a six-game chess match between man and computer in New York.

1998 : After more than 20 years back in 1974 when India joined the list of countries with Nuclear Arms, India begins underground nuclear testing. It is believed this may signal a new nuclear arms race between India and Pakistan who have been involved in three wars since independence in 1947 over the disputed territories of Jammu and Kashmir. Within 3 weeks Pakistan also ran Underground Nuclear Tests.

2005 : Suicide bombers set off multiple explosions throughout Iraq. The blasts in various different cities injured over one hundred people and killed over seventy people. These attacks were a part of a violent surge of suicide bombings and attacks throughout the month of May.

2006 : A Chinese version of a wikipedia-like website called Baidupedia was launched in China. The American website Wikipedia had been growing in popularity in China until the government banned it in 2005. Baidupedia was set to feature a similar format of user created encyclopedia, except it will undergo much heavier self-censorship in order to stay in good standing with the Chinese government.

2010 : Gordon Brown, UK Prime Minister, announced his resignation. The Labour Party leader had been Prime Minister for three years, but decided to resign after the opposition parties chose to form a coalition government. David Cameron, a conservative leader, took over as Prime Minister. 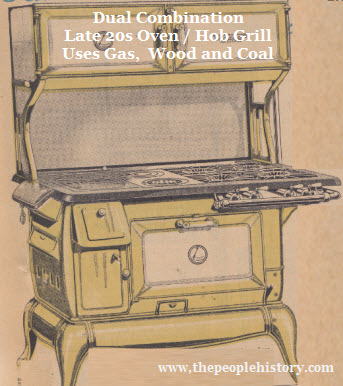 2011 : Norberto Gonzalez Claudio, a Puerto Rican nationalist, was arrested by the FBI in Puerto Rico. Gonzales had been wanted since a 1983 raid on a Connecticut bank depot, in which he was involved with a $7 million theft. Gonzales was a member of Los Macheteros, a militant group that was suspected of being involved in bombings, robberies, and murders, while fighting for Puerto Rican independence.

2012 : American sports car designer Carroll Shelby died at the age of eighty-nine in Dallas, Texas. Shelby was known first for being a race car driver who won many races in the 1950s. In the sixties Shelby worked with Ford to create a high-performance Mustang.

2013 : Two astronauts from the United States replaced a pump in order to fix an ammonia leak in the International Space Station's cooling system. The astronauts completed the emergency spacewalk an hour ahead of schedule and while the leak posed no immediate threat to the crew managers had wanted to resolve the problem quickly.

Personalized Prints from Back In Time Gifts